From a newspaper article in a local paper 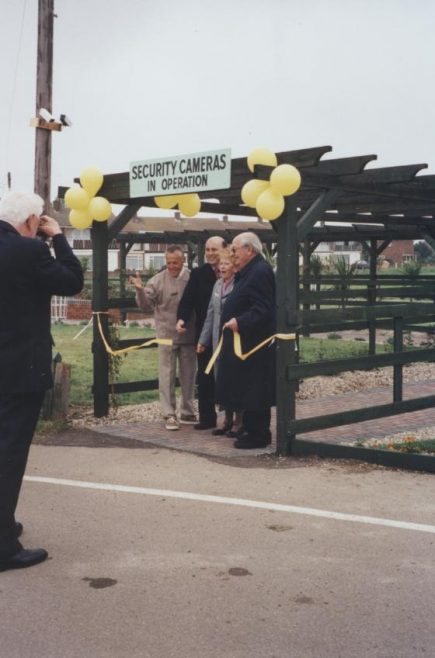 The official opening of the garden

A new bench to commemorate residents who died in the floods of 1953 could soon be installed on Canvey.

Tracey Chapman, cabinet member for the environment and culture at Essex County Council, is donating the bench, which will be placed in the island’s new memorial garden.

Canvey councillor Dennis Williams is behind plans for the garden, at the junction of Furtherwick Road and Western Esplanade, which is part of the Canvey 2000 regeneration project.

Proposals for the scheme involve £14,000 worth of work, including ranch-style fencing, a pagoda and palm trees. Mr Williams’ council colleague Ray Howard, who is a member of the flood defence committee, was delighted at the news.

He said: “I feel honoured by the generosity of Dennis and Tracey to remember all the people who died.”

zoom
The entrance
zoom
Dennis Williams at the opening