You are here: HomenextHistorynext21st Century CanveynextThe Twentiesnext2021 The road to recoverynext13 years - lucky for some!

Well, that was a year and a half, wasn’t it? Who knew at the last Archive committee meeting in February 2020 that 15 months later we’re still not able to meet unless we’re in a garden? With our weather? Not likely! We’d be baked, soaked or frozen and probably all in one day!

Anyway, luckily, not having committee meetings or our regular public meetings hasn’t affected the Archive, except of course, it means we have had no income. But as far as adding to the online Archive we’ve been going great guns. In fact the lockdowns have worked in our favour because we’ve had record numbers of people visiting the website. I know at first it was probably a case of bored people trawling the internet for anything vaguely interesting but when they found the Archive they got hooked. Talk about every cloud having a silver lining!

What’s that being said at the back of the room? ’By the the 3rd lockdown they weren’t bored anymore, just desperate!’ Not nice, that person! In fact there’s such a wealth of material, 6000+ pages, yes you read that right, 6000+ pages and such varied material about Canvey’s history that it’s easy to lose yourself in that online world. 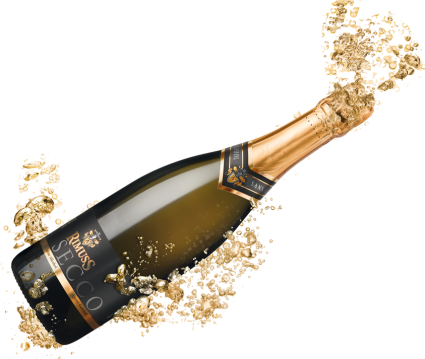 Many of those people who visited the site also contributed new and interesting items and photos as well as expanding on some of the information we already have.

Thanks go, not only to the people who’ve recently contributed, but also to those who have sent us interesting information and photos over the last 13 years.

Yes lovely people you’ve heard it right – the Canvey Community Archive is celebrating its 13th anniversary this April. Balloons, streamers and champers all round!

One of the aims of the Archive was to bring the Island’s history to the people of Canvey and encourage them to engage with the website by adding their own stories and photos. I think, especially over recent years, that that’s been achieved and largely with the help of the driving force that is our Online Editor Janet Penn. It was due to her influence at the beginning of the first lockdown that there were puzzles for us to solve regarding old photos of Canvey and the request that Islanders should contribute images and stories depicting Canvey in lockdown. We didn’t know then of course that that would be the first of no less than 3 lockdowns!

Also because Jan and I had far fewer distractions by being forced to stay home it meant that we at last got round to adding lots of photos that had been pending for example the arrival of the cranes for the London Gateway Port and photos of the biggest container ship to pass Canvey. This added even more to capture the site visitor’s interest.

A remarkable lot has been achieved by the Archive over its 13 year life so far. Some of the articles and stories have been actively sought out or researched by us and others have just landed in our laps either via our inbox or our public sessions at the Library and War Memorial Hall.

Some of the projects that landed in our laps were:-

Examples of projects we actively pursued are:-

We were involved in several community projects:

So watch this space! Covid 19 might’ve clipped our wings but as soon as we’re allowed we’ll be taking off again. Hang on to your hats!!

So, in conclusion, we enjoy keeping the website dynamic with the help of all you lovely Canvey people wherever you live, locally or around the world. So, a huge thank you for your continued interest and all the contributions you make. Keep them coming in. We really look forward to seeing what’s coming up next.