Last Sunday the Archive was at the Bus Museum’s ‘Open House’ event. It was the first time an event had been held at the museum since 2019. A lot has been going on behind closed doors during the Pandemic so it was a chance for the public to see what had been happening.

A small number of Community groups were invited to bring their wares. We were joined by Cast and Crew, Alan Brown and his cards, the Phoenix Club and Sears Radio. The museum had a stall and a cafe. Facilities were very basic and a large part of the museum was fenced off due to the ongoing building works. 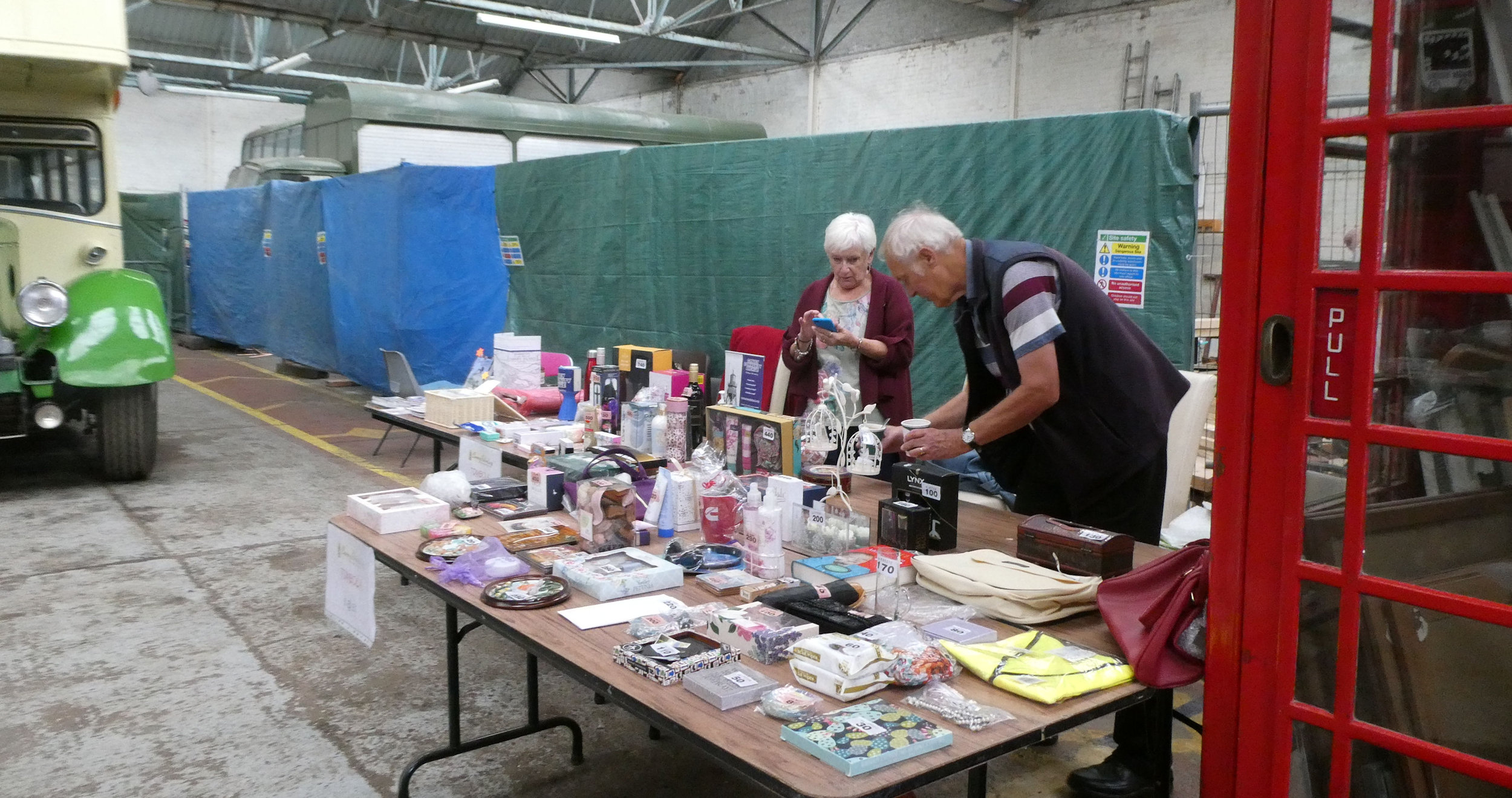 The Archive’s Tombola stall. You can see the fenced off area.

Although travel problems on the island were very difficult due to fuel panic buying there was a steady stream of visitors. There were a lot of kids who were very pleased to be able to visit although they missed the model railway as it is not operational at the moment. They had a bus going round the island which was full every time it departed. 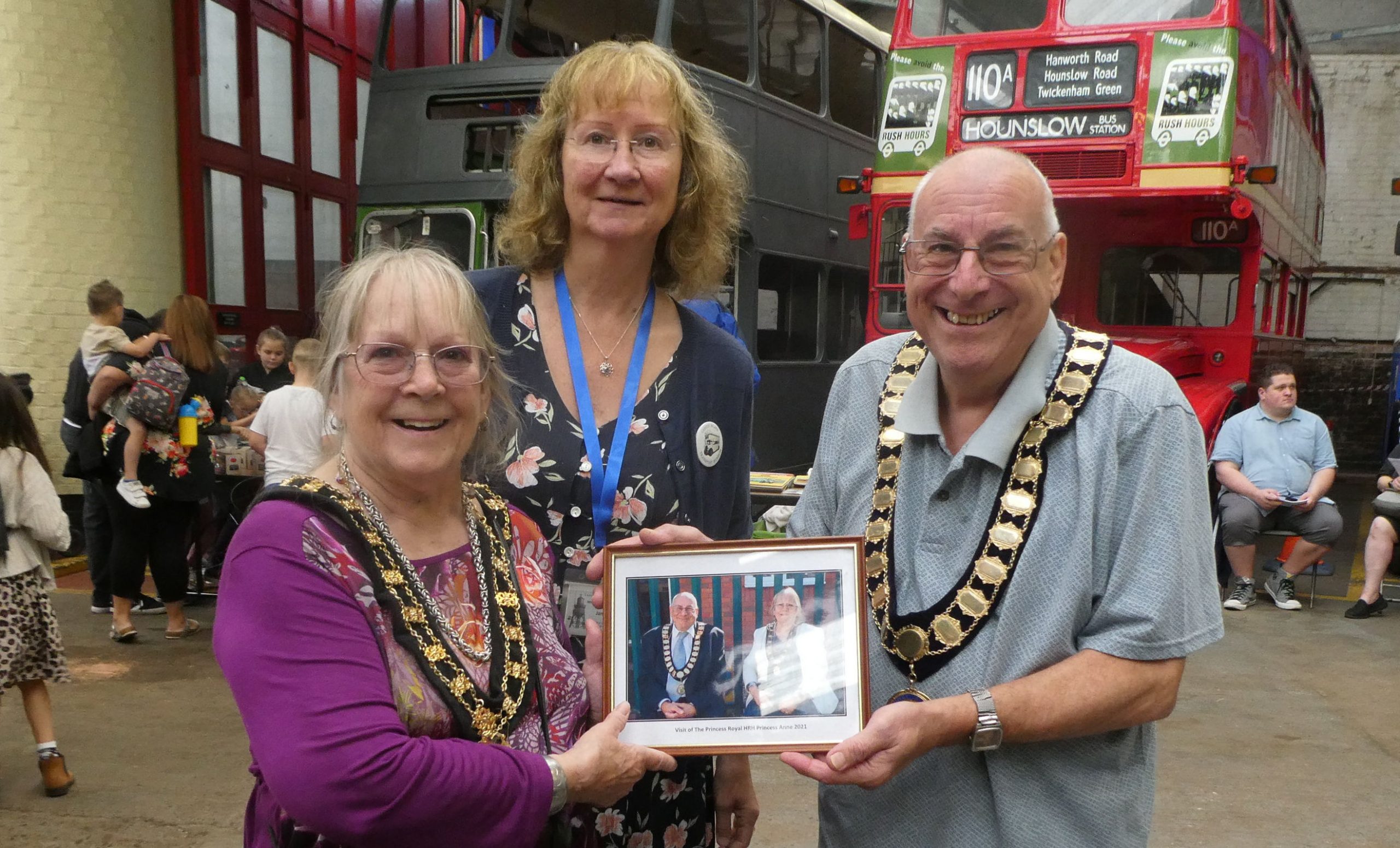 Janet Walden with Dot and Barry Palmer and the photo we presented them with.

Town Mayor Barry Palmer and his wife Dot as well as the Deputy Doreen Anderson and her husband John paid a visit. The Archive’s Chair Janet Walden presented Barry and Dot with a booby prize when they failed to win on our Tombola stall. To their surprise it was a framed print of the couple taken on the day they met Princess Anne at Yellow Door. When taking the official photo of the four for the Museum John Anderson decided to investigate the donations box. Do the Town Council need money we asked? 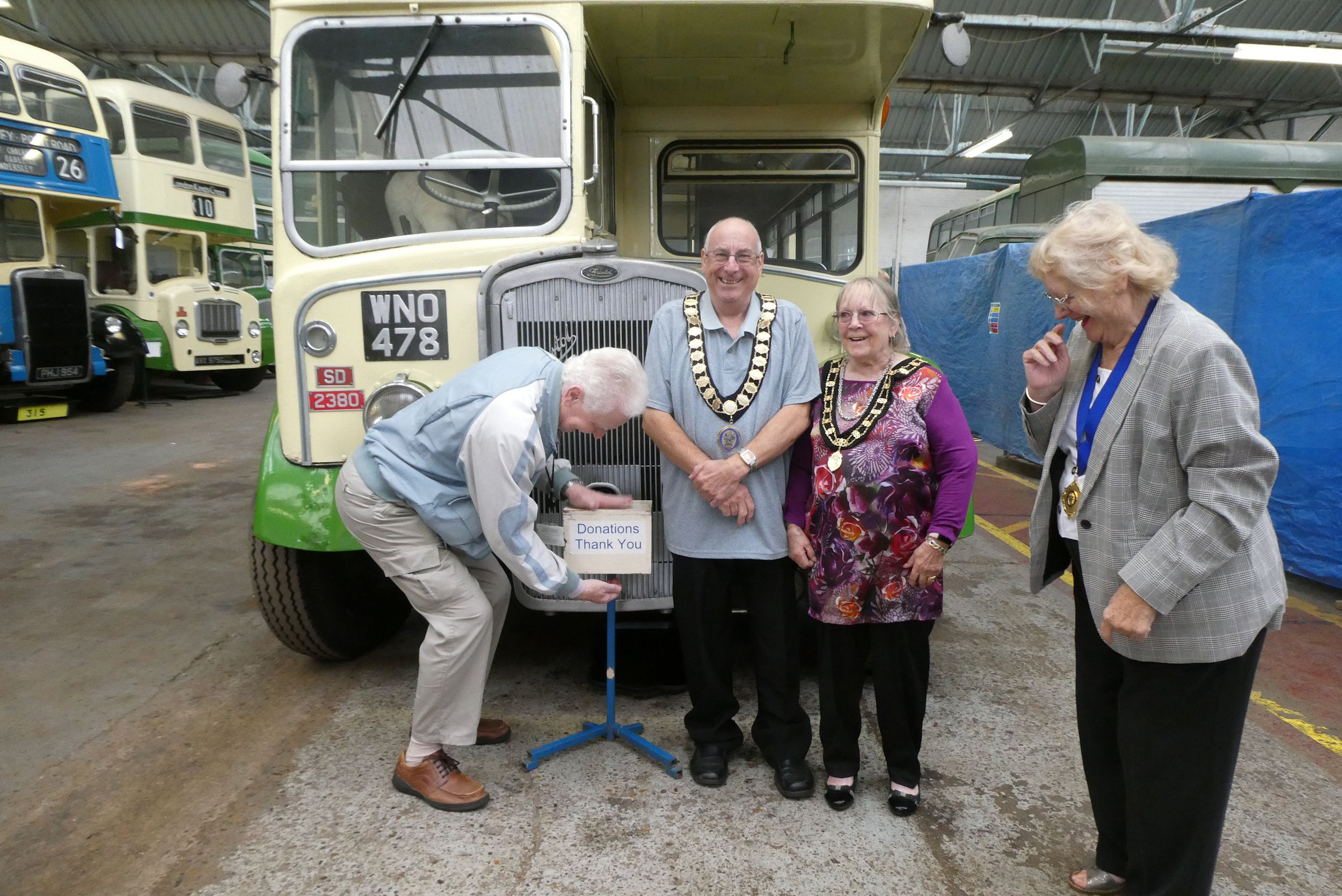 John Anderson after the money.

A great time was had by everyone and we all went home very tired but satisfied. It was the archives first outing since the pandemic struck. This week we are at CISCA House then on the 9th we are back in the library. 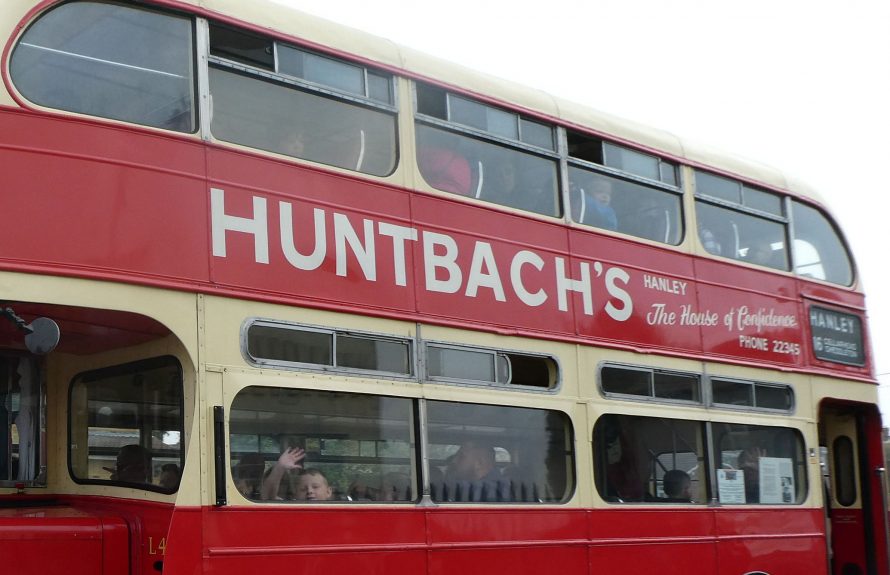 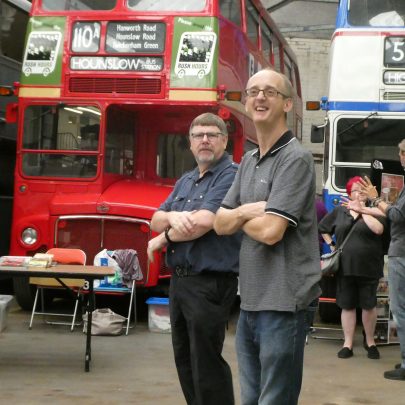 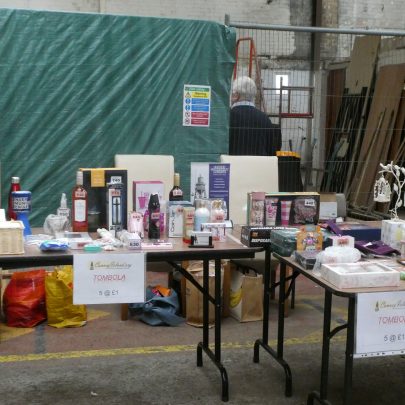 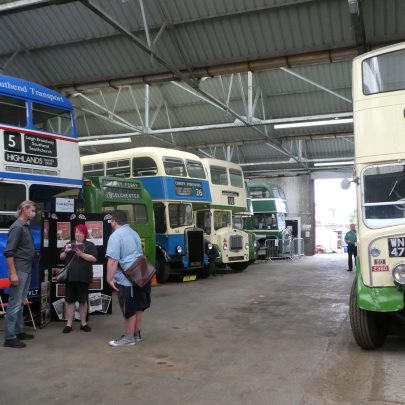 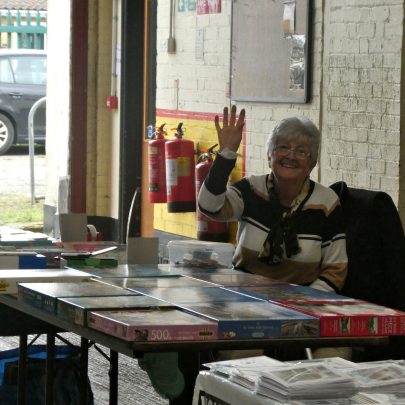 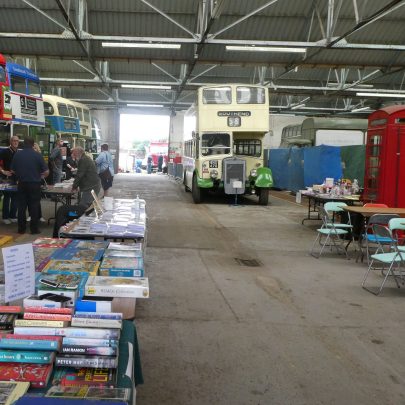 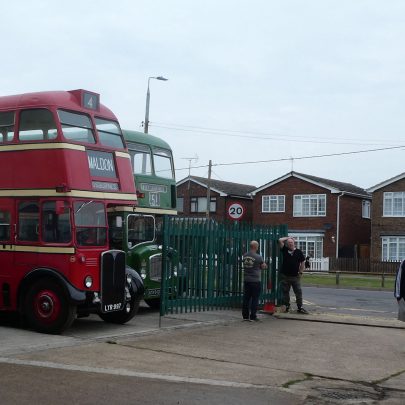 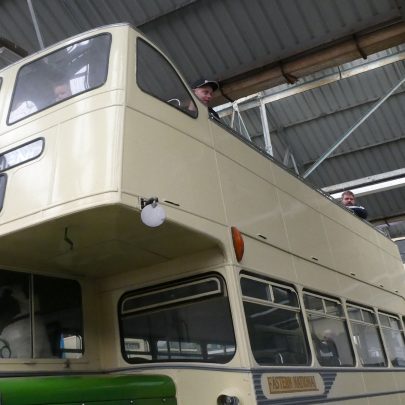 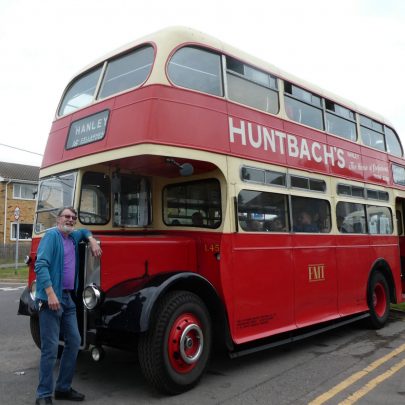 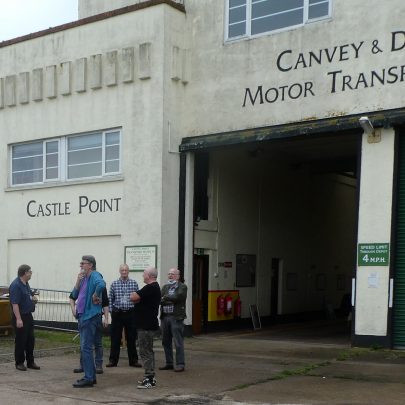 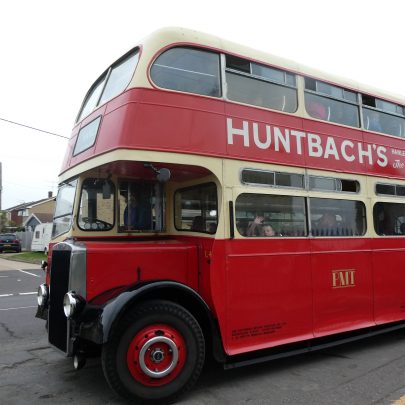 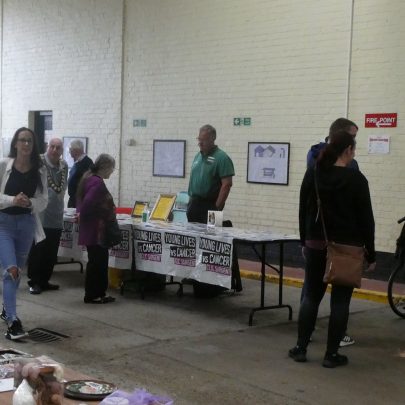 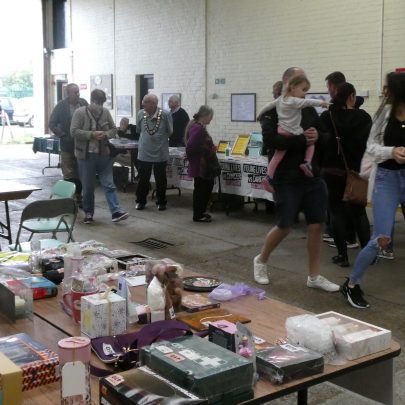 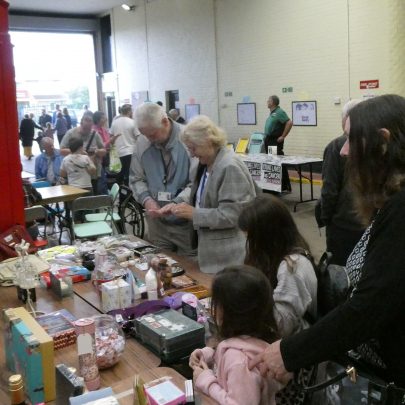 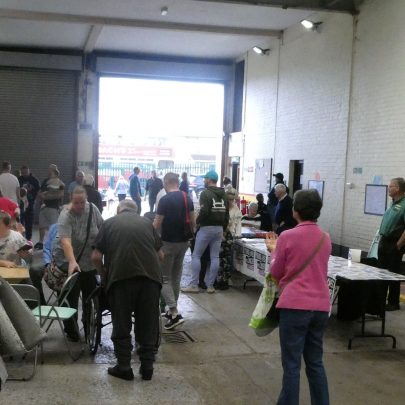 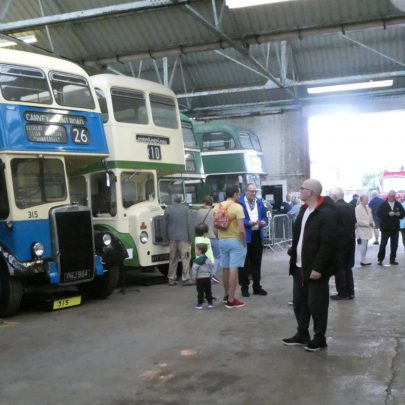 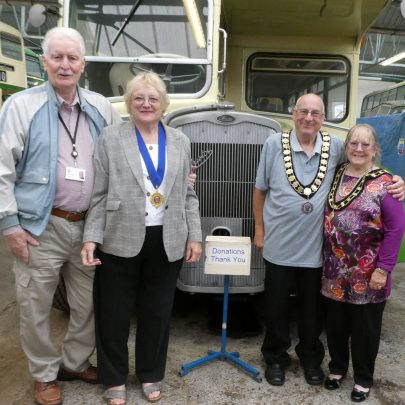 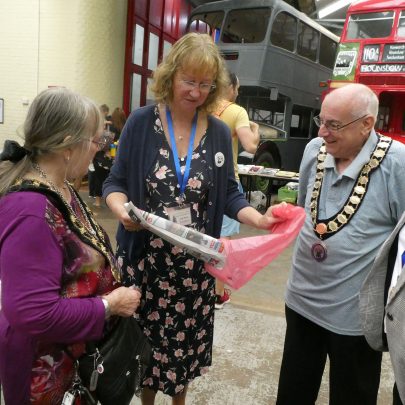 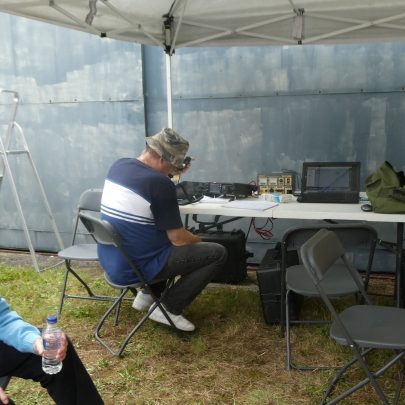 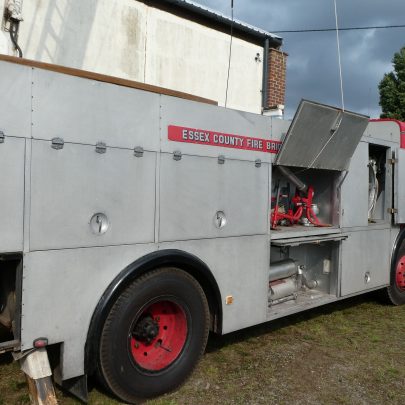 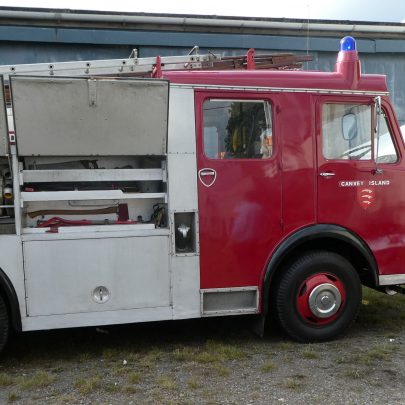 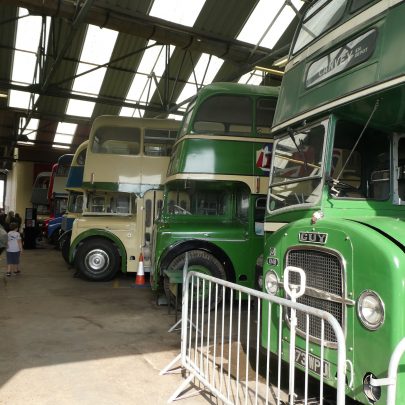 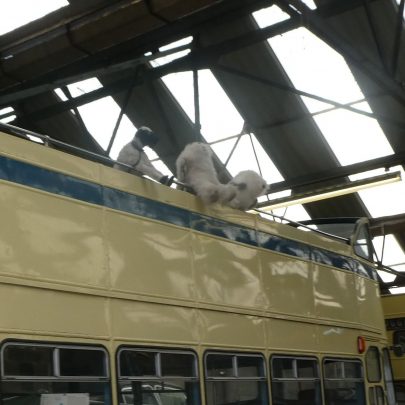