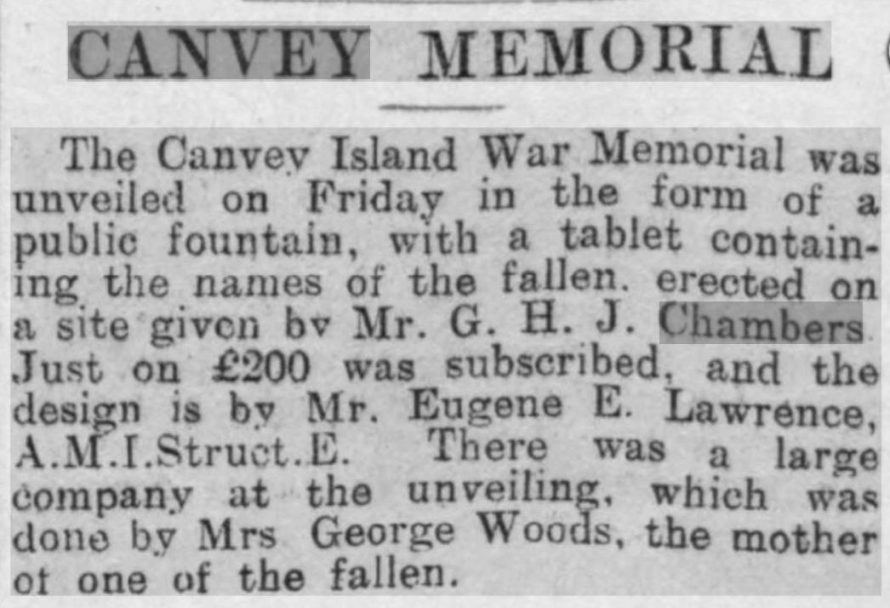 Below is a picture of Canvey’s War Memorial in its original position at the junction of Long Road and Craven Road (Jones Corner). In 1926 the ground was donated by George Chambers, as well as a garden there was a fountain which you can just make out in the picture. The Memorial was unveiled in 1932 by Mrs George Woods, see Newspaper clipping.

The WWI plaque was removed from the memorial probably when it was moved in the 50s. It was presented to the Canvey Island Branch of the British Legion by Councillor Jennifer Howlett, The Mayor of Castle Point, on Saturday 30th March 1996 where it has been on their wall until its return to the War Memorial in 2010.

zoom
The War Memorial at Jones Corner. Designed by Eugene Lawrence
zoom
The WWI plaque on the British Legion wall in 2010
Janet Penn
zoom
The plaque is reunited with the main war memorial in time for Remembrance day 2010
Janet Penn