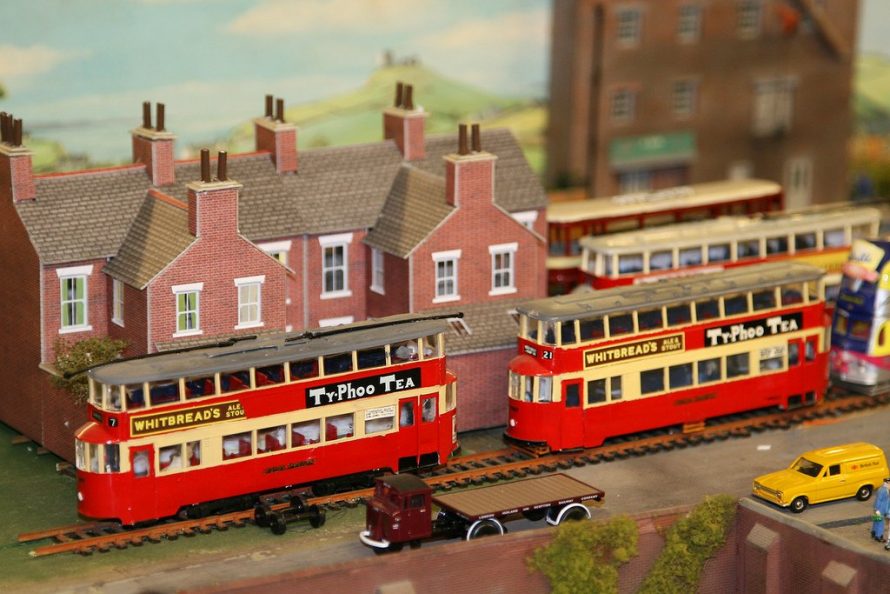 Some trams at the exhibition

On Sun 18th April, Steve Bullock and I manned a table for the Archive at the Model Railway Exhibition at the Castlepoint Transport Museum. According to the Echo there were over 600 visitors, enjoying the bus rides and exhibits. We were given a really good position at the the front of the Bus Garage and over the five hours we were there we received a great deal of attention from exhibitors and punters (many Islanders and visitors from further afield-even Australia). This was basically a ‘flag-waving exercise’ to make the public aware of Canvey Community Archive and apparently seems to have been successful as we are told the number of hits on the site have increased.  Not only that but it gave us the opportunity to have some interesting chats with people recalling their connections with Canvey Island. A major point of interest was our icon the Chapman Lighthouse and when asked ”Where was it?” it was nice to be able to point to the open rear doors of the Bus Garage and say, ”Well, if you stood there 60 years ago, you would have seen the top of it straight in front of you.”

I did get the opportunity to have a look at the exhibiting lay-outs, all very interesting but I particularly liked the trams.