These pictures have appeared on the boarding around the school site in Furtherwick Road. I have reproduced them here so that the archive can accumulate as many pictures and records of the transition from Furtherwick Park School to Castle View School as possible. We will see a lot of changes in the town centre as the new school appears above the fencing during the next year. 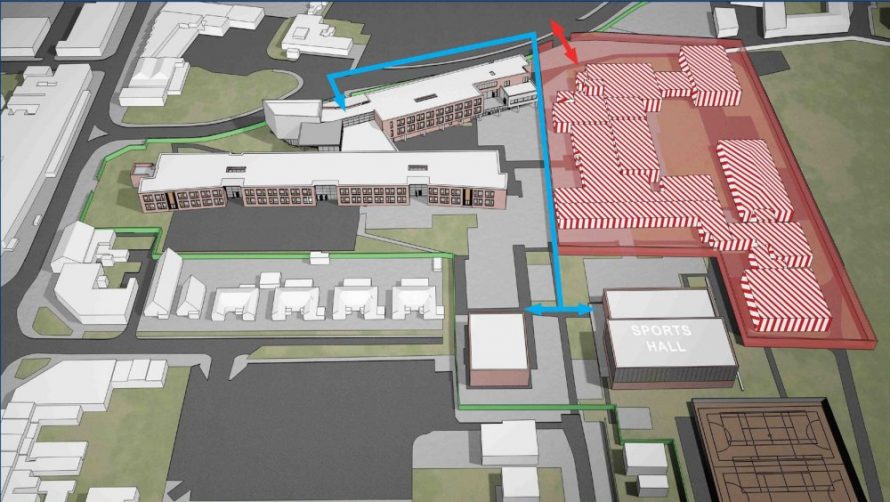 In January 2012 the new school will be completed and the old buildings, stripped red, will be demolished 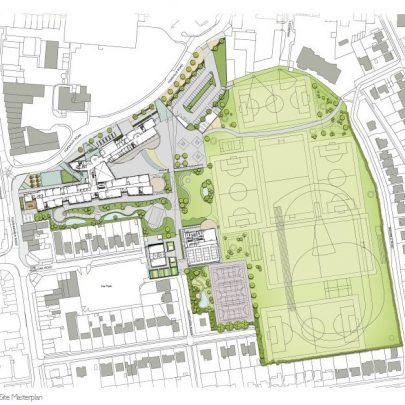 Plan of the new school

This shows the site with the Furtherwick Park School buildings 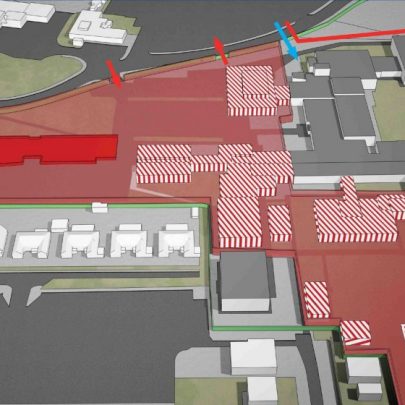 The blocked red is the new school and the stripped red the buildings that have already been demolished, the remainder is housing the last year of Furtherwick Park and the first year of Castle View schools. 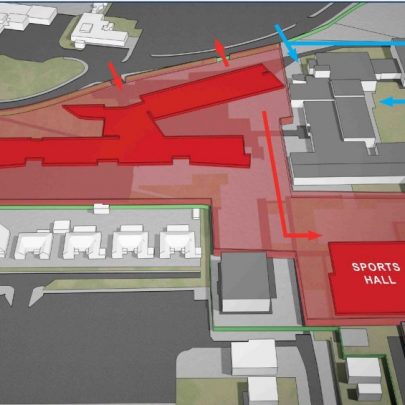 The block red shows the construction areas of the new school and sports hall. This is the phase we are currently in. The new school should be finished January 2012