pay us a visit

On Wednesday 3rd October the Archive played host to a group of boys and teachers from the prestigious preparatory school Sussex House School based in Cadogan Sq, Chelsea, W. London. The geography group of 39 13yr-old pupils accompanied by 3 teachers and lead by Dr Andrew Lee arrived by coach on Canvey at 11.30 a.m. The purpose of their visit was to see the areas affected by the Flood of 1953 and to pay their respects to those who perished in that tragedy.

On arrival they assembled at the Memorial Plaque at Canvey Library where they were welcomed by myself, Archive Editor, Janet Penn, Archive member, Rodney Bishop and Town and Borough Councillor Joan Liddiard. Joan gave a brief talk about the plaque and also spoke about some of the victims. Following her talk Joan was presented with a lovely wreath of condolence from Sussex House School which she accepted on behalf of the people of Canvey Island. 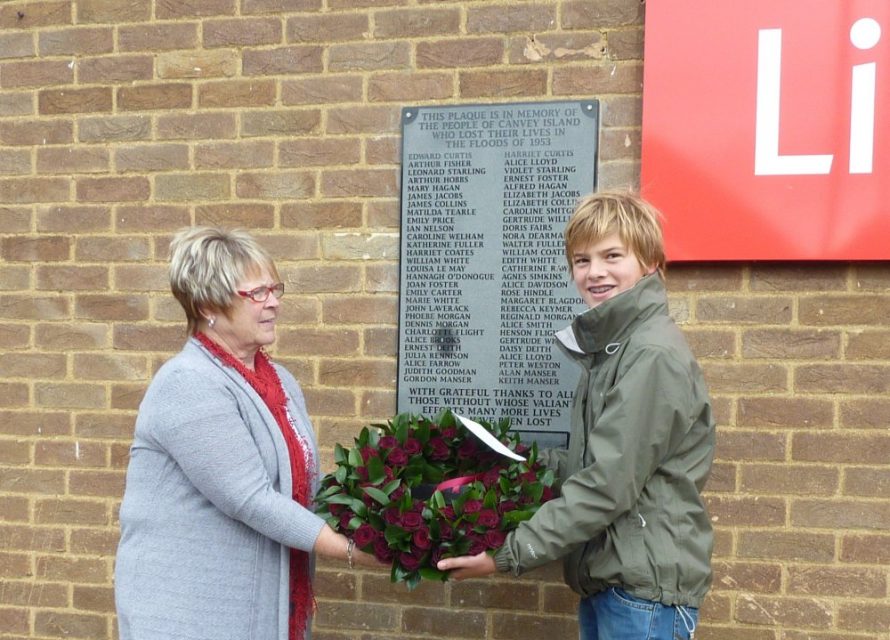 Archive member Joan Liddiard who is also a Town and Borough Councillor accepts a wreath to the flood victims from Charlie Clarke on behalf of the Island, the wreath was later laid in the Memorial Garden at Labworth

There then followed a talk by myself about the history of land reclamation on the Island and a bit of local geography. At this point the Archive members joined the group on their coach to Tewkes Creek where the wall was breached on 1st Feb 1953. Here at the top of Brandenburg Rd the boys were able to see the  comparisons in height and width between the sea-wall before the Flood, the subsequent metal piled additions and the present much higher sea defences. Also from this position the pupils were able to survey the surrounding area of Newlands and Sunken Marsh where so much devastation occurred on that terrible night. There was further discussion re the construction of the modern sea defences and the emergency measures that took place during and immediately after the Flood. On our walk back to the coach parked at Small Gains Hall we were able to spot a couple of ‘old Canvey bungalows’ which took the boys interest.

The last leg of our journey took us via the High St and Seaview Rd along Eastern Esplanade to the Labworth car park. Alighting from the coach the visitors made their way to the Memorial Garden of the Canvey 2000 Project where the wreath was laid at the base of the little statue dedicated to the victims of the 1953 Flood. A group photo was taken. 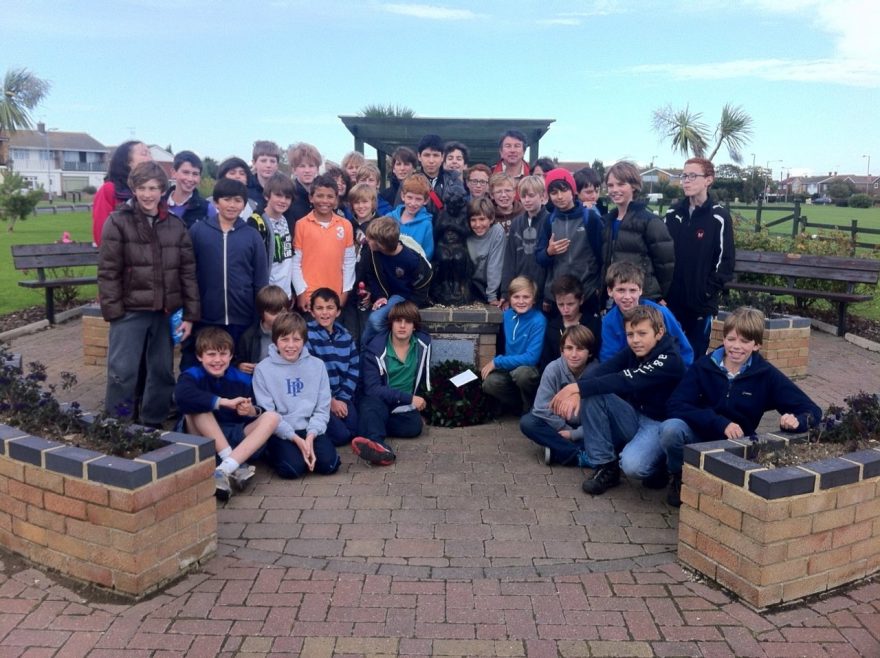 At the memorial Gardens

A much needed pit-stop to re-fuel with packed lunches was made in the Garden which just left time for the boys to run up the seawall for a glimpse of the Thames Estuary from the Canvey shore next to the Labworth Cafe. Finally thanks and farewells were made and the group from Sussex House School re-embarked to make their way to the Southend Pier to complete their 2-day trip along ‘Old Father Thames’ from his source near Cirencester to where he meets the ‘deep blue sea’.

A successful visit, the weather was kind and the boys were able to enjoy Canvey’s bracing air!

Many thanks to Rod and Janet for their support and special thanks to Joan for taking part. Also thanks to Knightswick Centre manager, David Shakespeare for his help allowing us to use the N. loading bay area to park the coach. 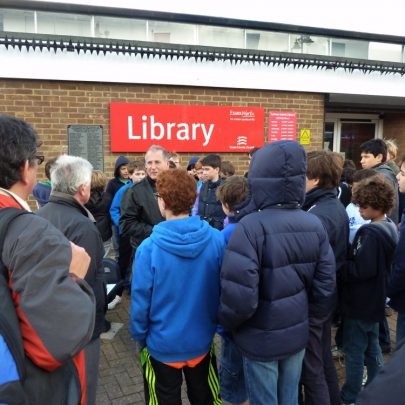 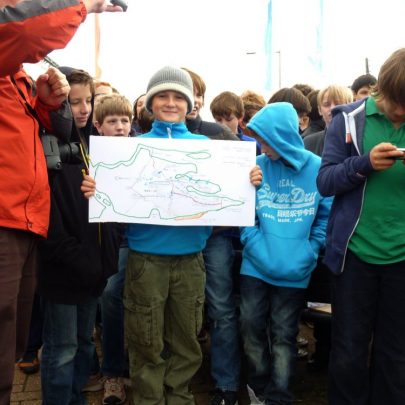 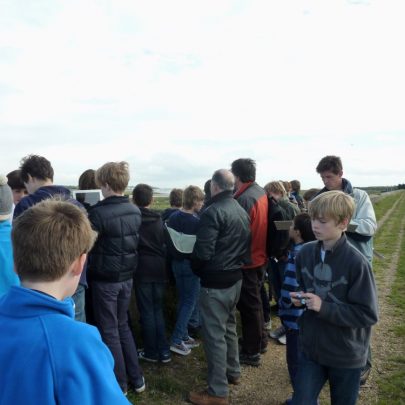 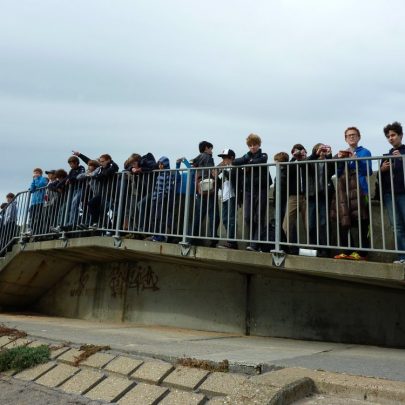 Showing them the Thames and Estuary before they left.
Janet Penn