Despite the inclement weather a large crowd gathered outside the library for the unveiling of the new plaque. They included invited dignitaries and flood survivors. Some of the survivors still live on the island others had come a long way to be here. 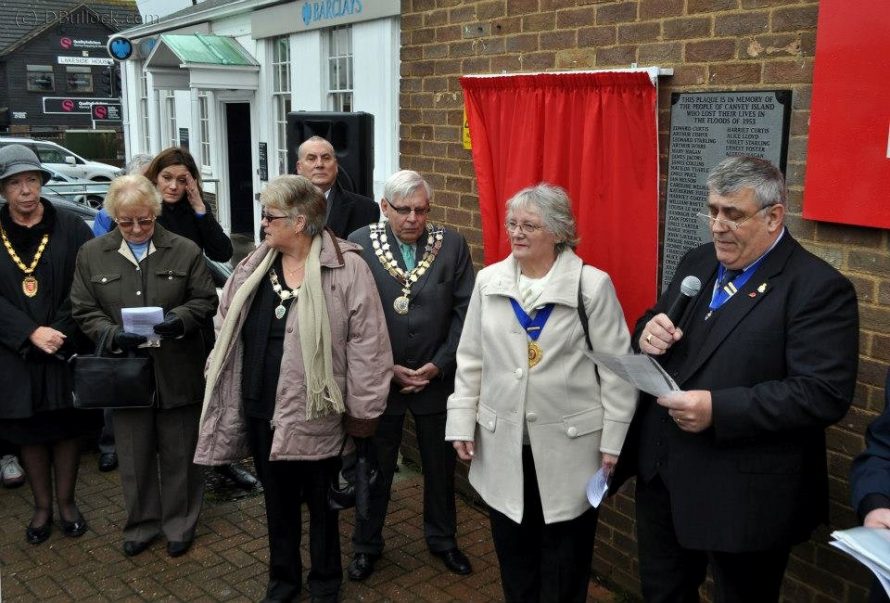 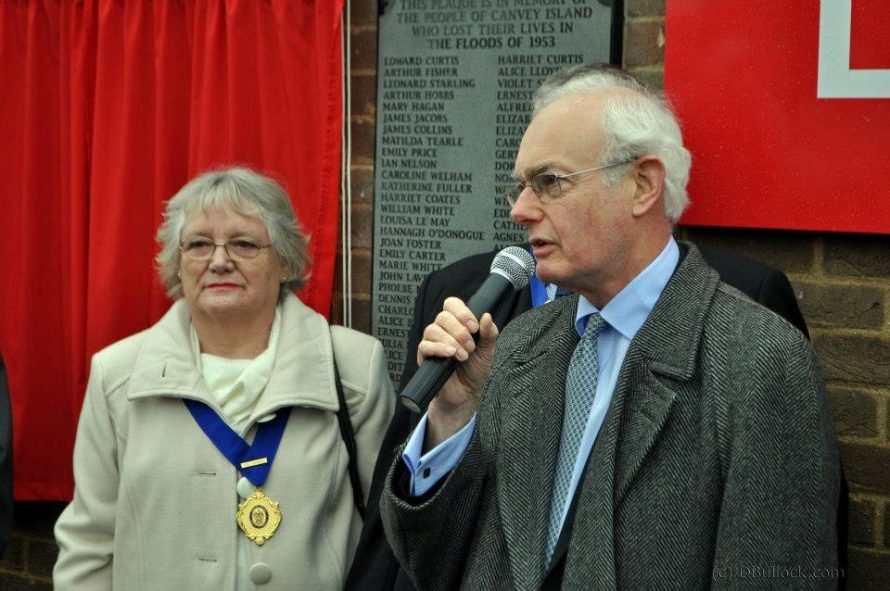 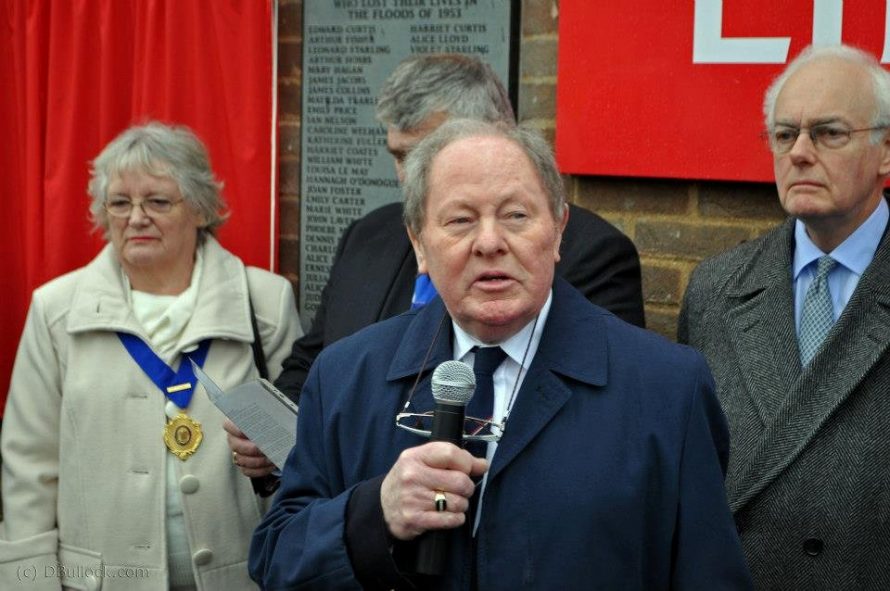 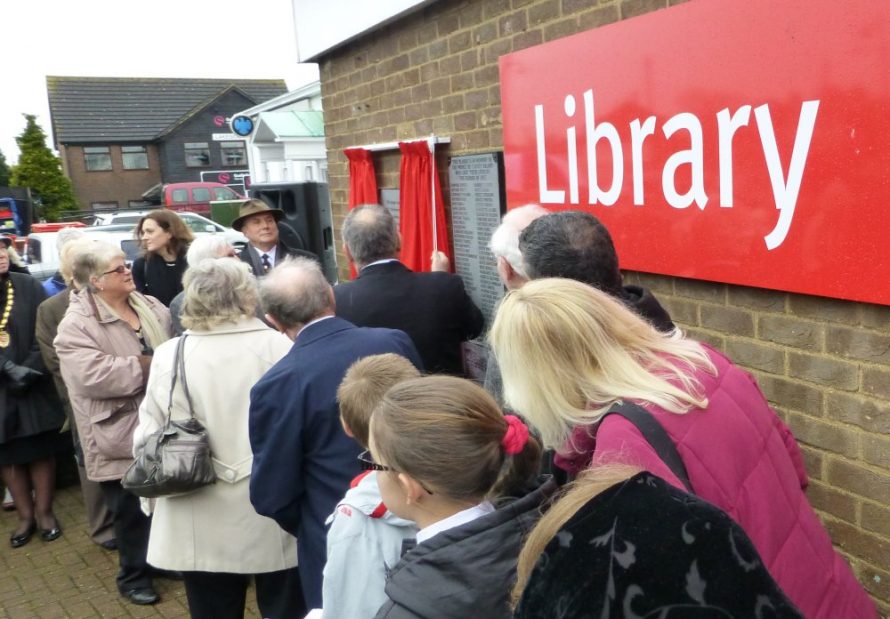 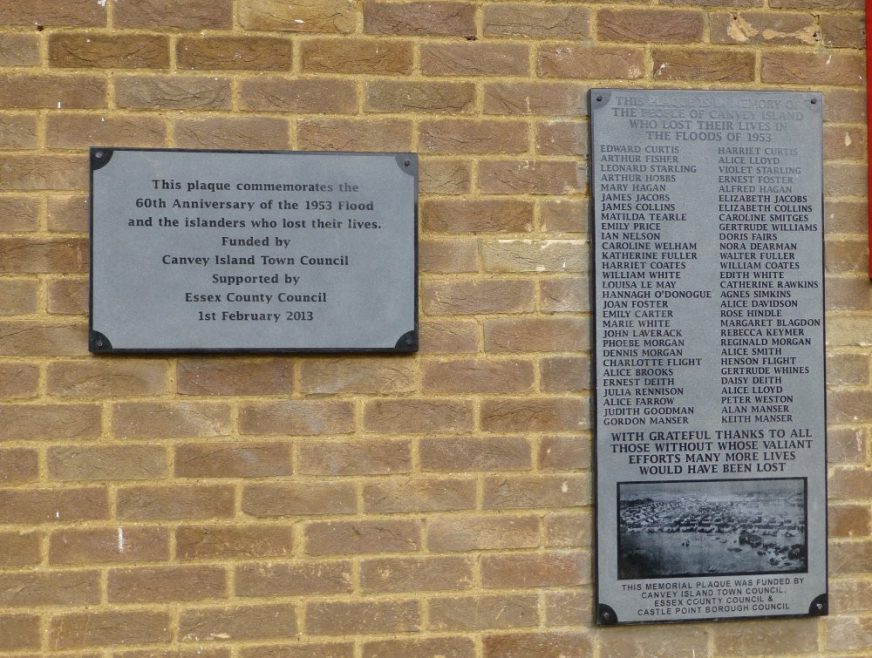 The new Plaque, on the left commemorating the 60th Anniversary of the Great Flood of 1953 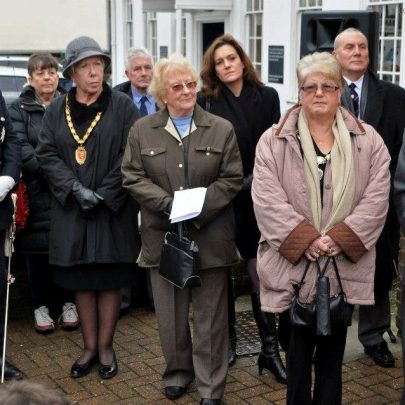 Other Dignitaries including Lord Peter far left, Rebeccah Harris MP at the back
david Bullock 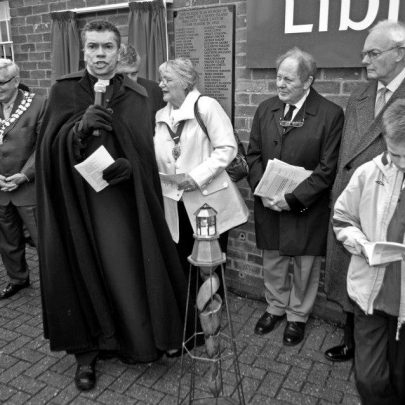 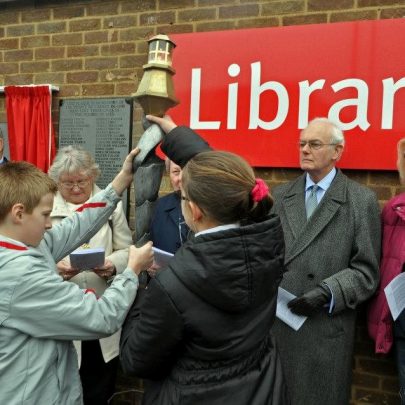 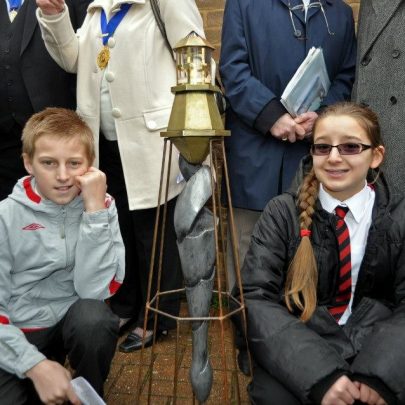