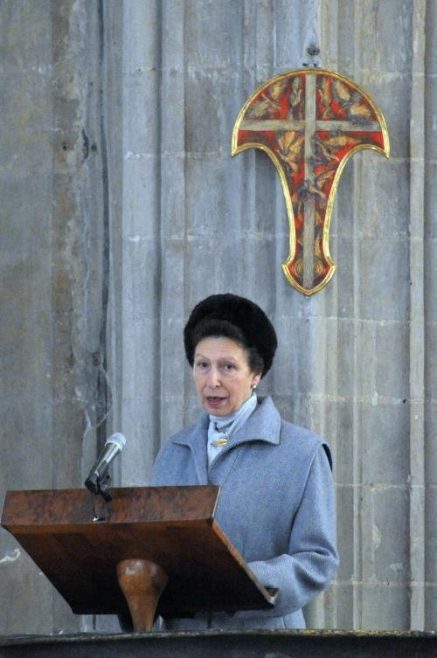 The Princess Royal reading the passage of St John

I was privileged to be invited to Chelmsford Cathedral on Thursday joining flood survivors at the 60th anniversary Commemoration service. The Princess Royal who was attending the service did the reading.

It was a very moving service – from a stick of Canvey Rock being waved about to – the cast of The Cast and Crew Workshop performing a scene from the play ‘Flood’.

Ray Howard gave an address and the Prayers of Intercession was lead by Councillor Peter Martin.

During the Act of Remembrance three candles were lit representing the communities of Essex, Belgium and The Netherlands. The Archives friend Nellie Verton from the Flood Museum in The Netherlands lit one of the candles.

You can see some of the service here