The Cast and Crew Workshop 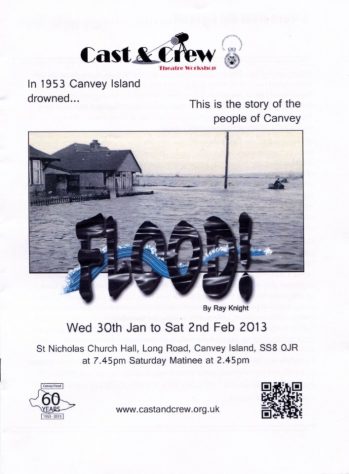 The programme from ‘Flood’

The Cast and Crew Workshop out did themselves with their production of ‘Flood’.

They had performances from 30th January until 2nd February at the church hall as well as performing a short scene in Chelmsford Cathedral on the 31st January and St Nicholas Church on the 3rd February.

Every performance was a sell-out and I am sure there was not a dry eye in the house.

What a very moving production.

You can read all about the performances and see pictures both of the play and when they were presented to Princess Anne on their website. 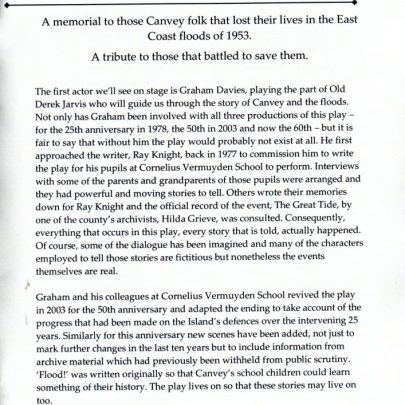 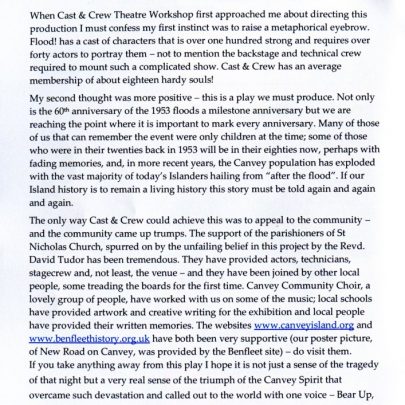 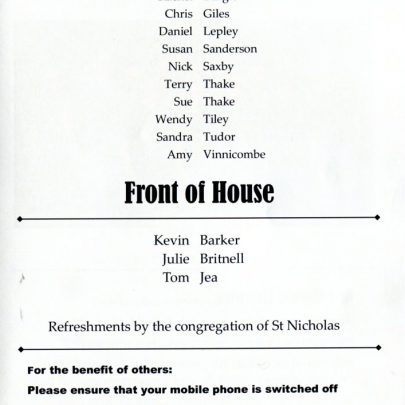 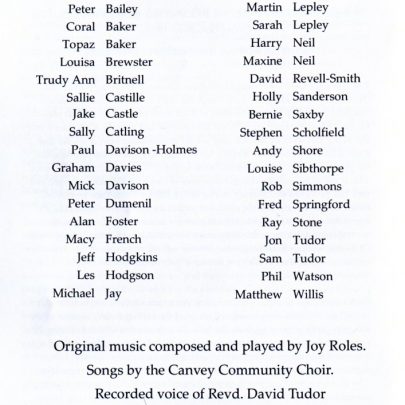 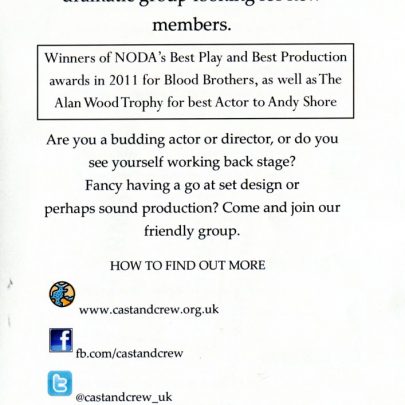 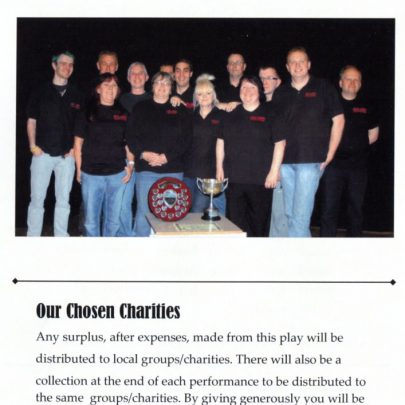 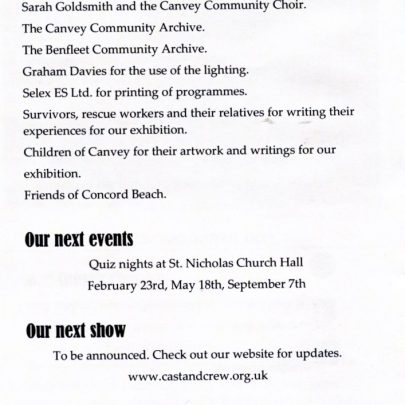