We lent our collection of flood photos and stories to Dave Thorndike for another flood exhibition in the Heritage Centre last Saturday. It was very busy with flood survivors and younger family members calling in. Many of the visitors were not here during that time and were eager to read peoples stories and find out what actually happened and where. 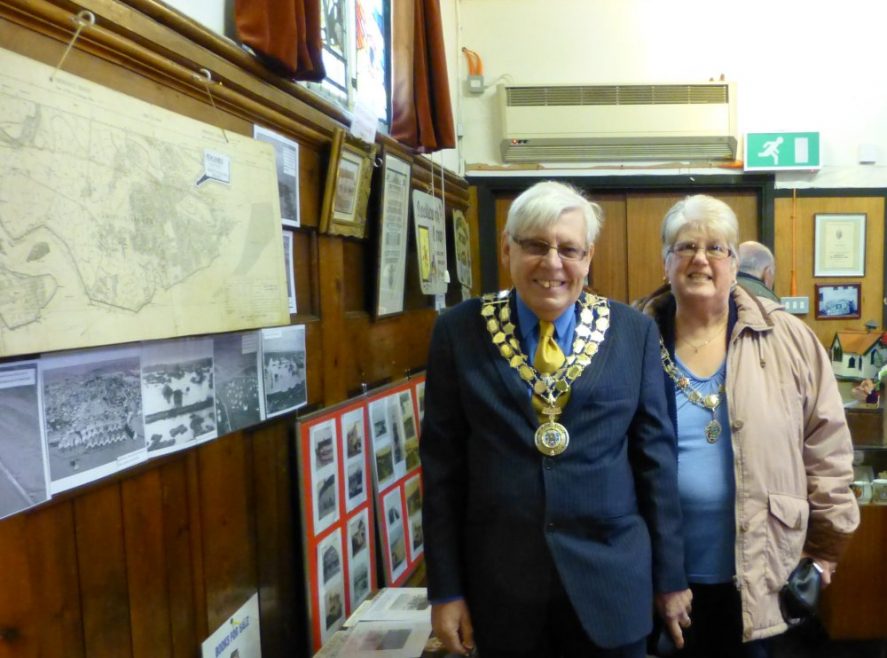 The Mayor Peter Burch and his wife Valerie 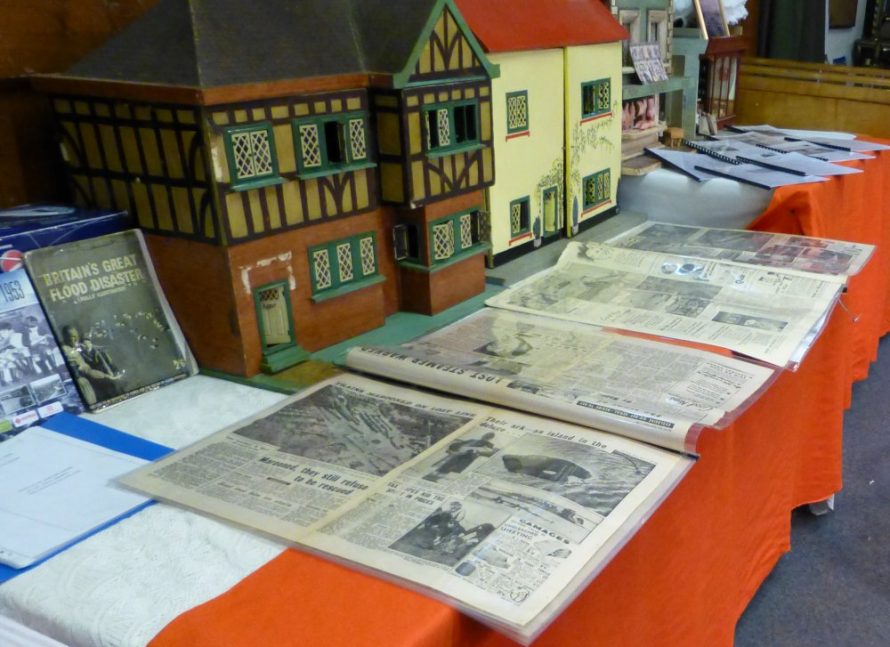 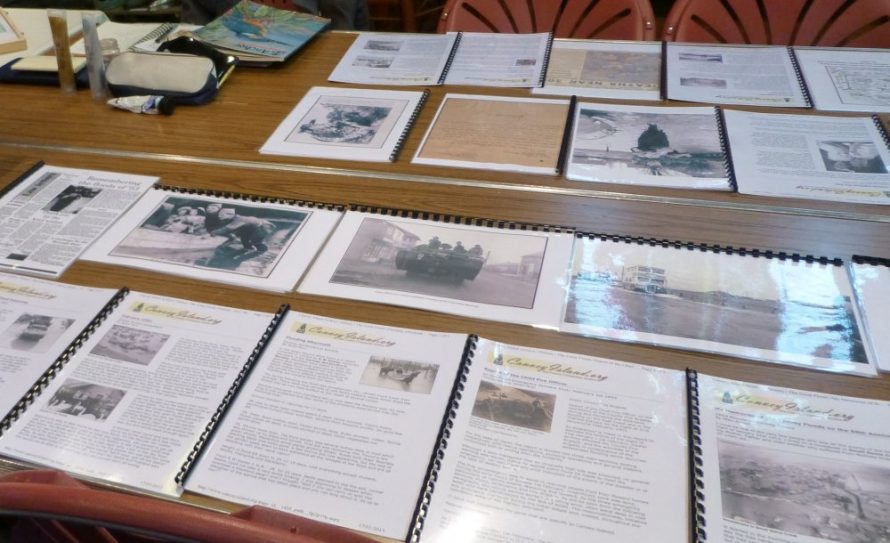 Some of our photos and stories 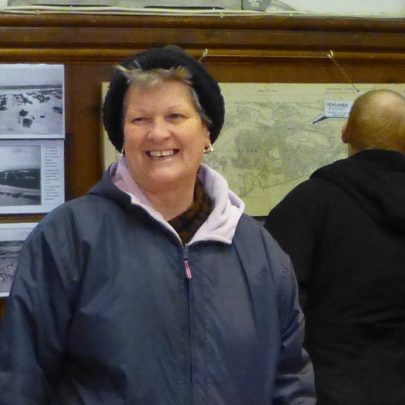 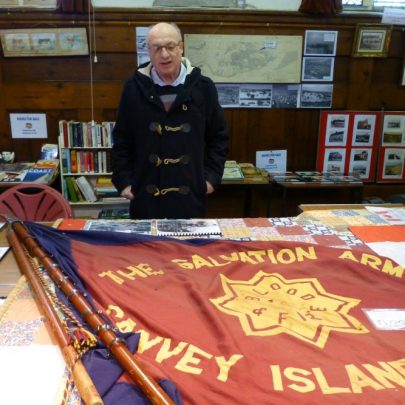 This is Ray Boreham who donated this Salvation Army Flag to the Museum. The flag is thought to date from around 1932.
Janet Penn 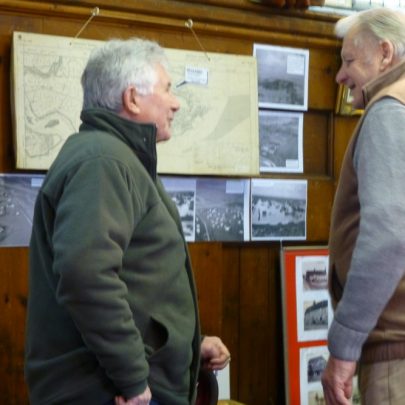 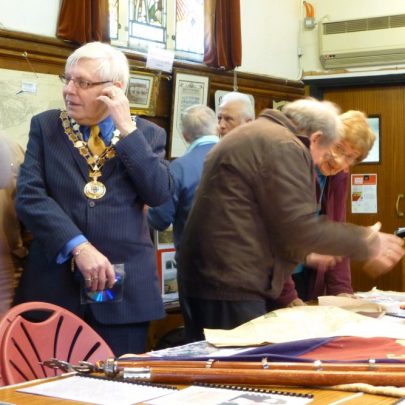