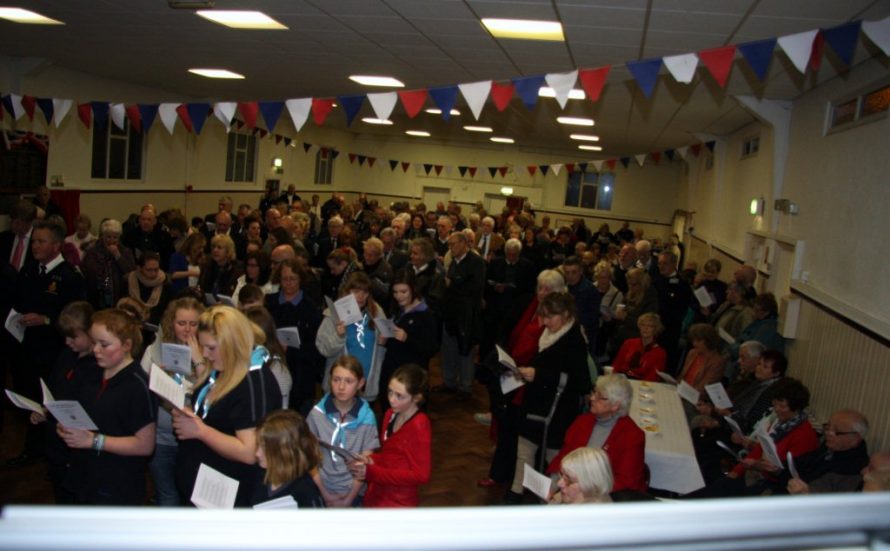 After the War in 1945, the Chairman of the Canvey Island District Council (F.J. Leach, J.P.) called a Public Meeting to consider the question of a War Memorial in respect of the 57 people from Canvey Island who lost their lives during the years 1939 – 1945. Various forms of memorial were discussed and it was eventually agreed that a hall would be the most appropriate.

At the first meeting in 1946, the public appointed a Committee for a period of one year and each following year a Committee was appointed by the public. Fundraising began, including collections being made on the beach each summer and annual street collections. The Committee at that time reorganised the old Carnival including the election of a Carnival Queen and Maids of Honour, processions of decorated vehicles, Baby Shows, Dog Shows, Dances, Whist Drives etc. Many people gave private donations and others donated prizes and Cups for the various events. The Ministry of Education in Essex gave a grant towards the cost of erecting and furnishing the Hall.

Major R.H. Stevens, M.C. Engineer and Surveyor to the Canvey Island District Council acted as Honorary Technical Adviser in the planning and supervision of the erection of the Hall.

Deputy Lord Lieutenant of the County of Essex  at a dedication Service conducted by Rev. A.J. Mortimer, M.A.

The Archdeacon of Southend, the Venerable E.N. Gowing unveiled and dedicated the Roll of Honour Plaque.

Several other Dignitaries were present including:

Members of the public were invited to attend this special Ceremony  and all were entertained by The Whittier Hall Ladies Choir and Georgette Juveniles, with refreshments to follow. Reading through the records, it was a most memorable event.

Due to the tireless efforts of all Committees and helpers raising funds, we the residents of Canvey Island, will forever be indebted to them as long as this Community Hall stands.

The present Trustee Committee, like all those in previous years, are volunteers and they decided over a year ago to do something to mark the Hall’s 60th Anniversary.

Therefore, on 31st January, 2013 we held a similar event to that of sixty years previously.

Members of the public were invited to come along as were representatives of all organisations on the Island, including those who use the Hall. 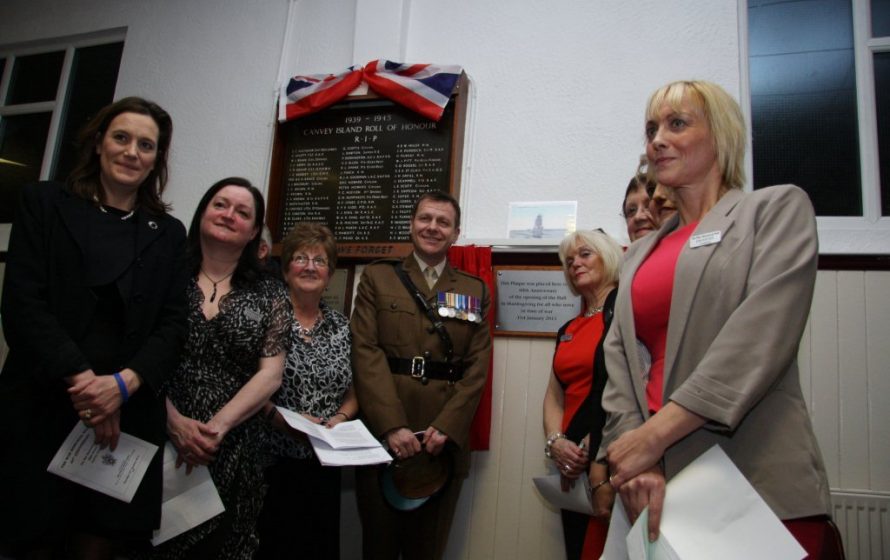 The new and old plaques

The Light of Remembrance, in the shape of The Chapman Lighthouse, was carried into the Hall at the beginning of the evening and the Reverend David Tudor conducted  an almost duplicate Service of 1953. Another plaque was unveiled and dedicated to those who have served in conflict since 1945, the date on the first plaque.

We were entertained by The Canvey Community Choir singing songs from the six past decades, Talents Dancing School and a Sing-along by Graham Stevens and Sandi Durant. Several hundred residents,  distinguished guests and representatives from organisations attended, and drinks and buffet were plentiful. The atmosphere was of true Canvey Spirit. This date also being the 60th Anniversary of Canvey being flooded, a short film from the B.B.C. and photographs on loan from Geoff Barsby were on show. Canvey Community Archives also had a photographic display of the flood and their banner of the Chapman Lighthouse.

The Committee gave thanks to Rev. David Tudor, Ray Howard, distinguished guests, the entertainers, all the organisations who had taken part in the event, and members of the public for attending. Thanks also went to Calor Gas and Oikos for their kind donations for the evening’s buffet, and to MacDonalds for supplying drinks and cakes.

The successful evening was culminated by a goodnight song from St. Nicholas/ Canvey Methodist Churches’ Girl Guides and a final speech from Ray Howard. 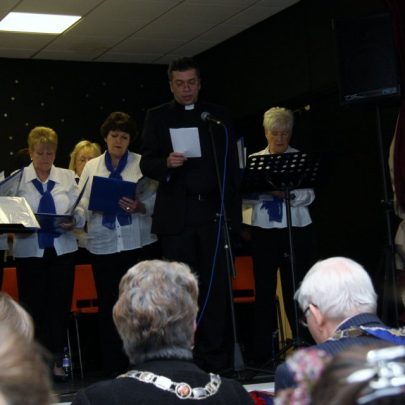 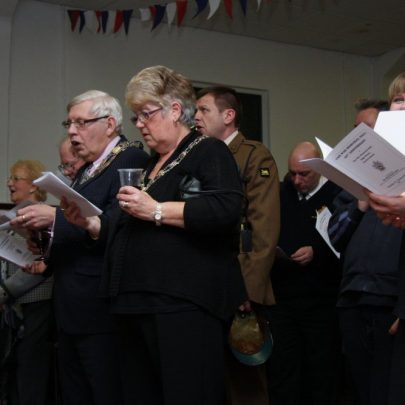 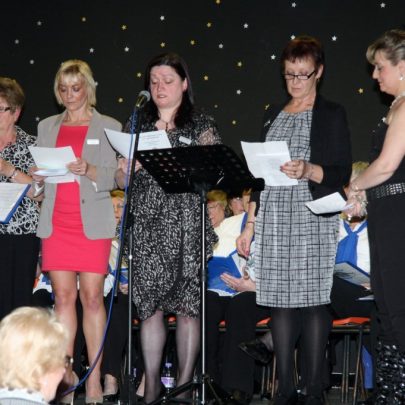 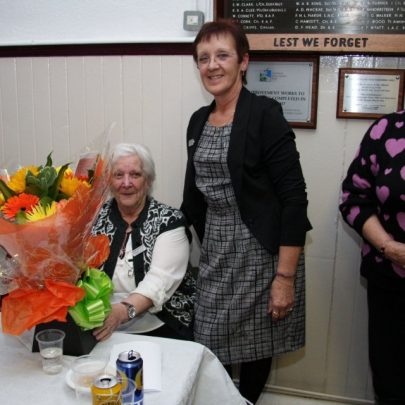 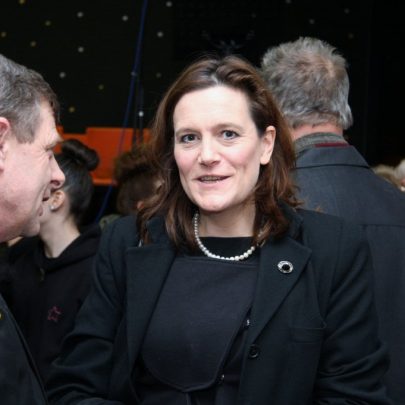 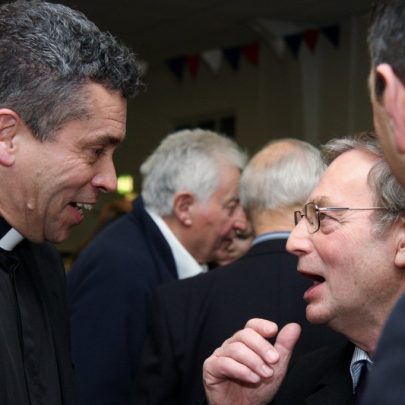 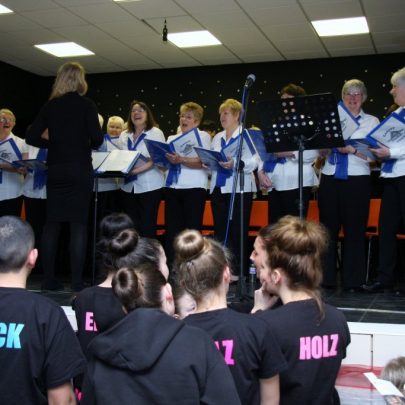 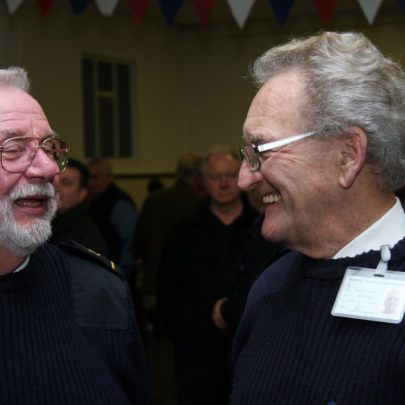 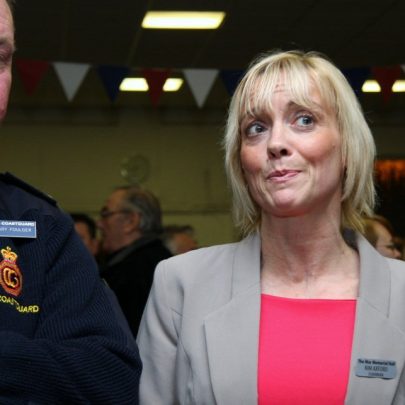 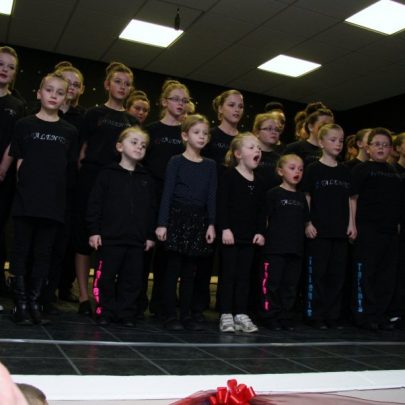 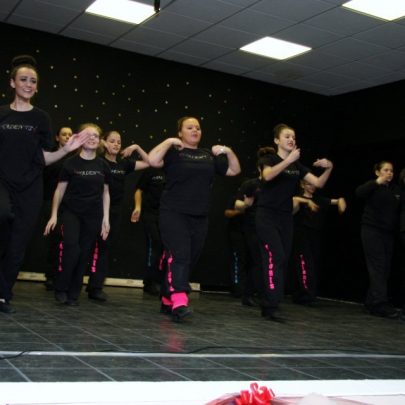 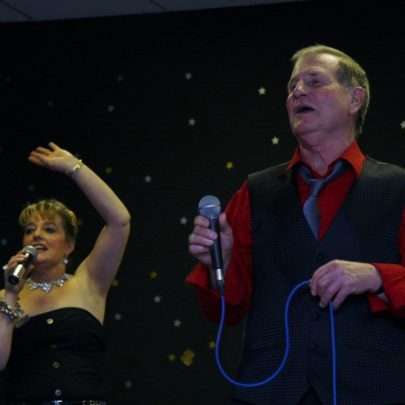