Students Come for a Visit

A month ago we were contacted by Oriana Mongeux a student from a University in London. She and another student were coming to Canvey the next day to meet up with the Bay Museum and wanted to know if we could meet them too. There was no way we could arrange anything in such a short time but she gave other dates when they would be available. I passed contact details and dates on to our Graham Stevens and Rod Bishop who contacted Oriana direct and arranged to meet four of the students at the Monico, to tell them some history of Canvey. They went on to arrange another meeting for last week. 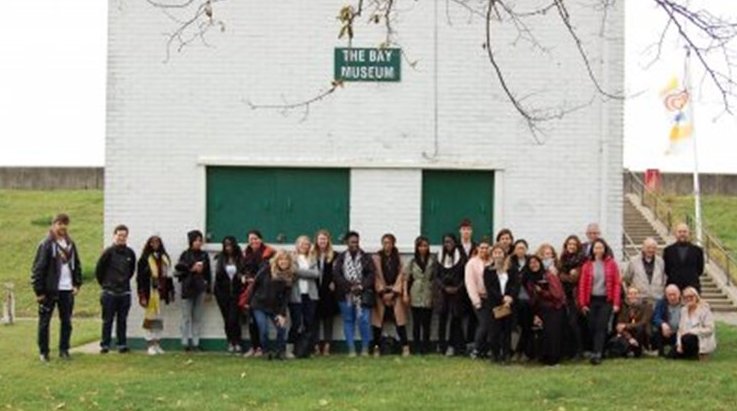 Rod said: I met with the 22 students last week at about 11.30 at the Bay Museum where Alan Reed had arranged to show them around the museum, together with his wife and Jim Harris. As well as telling them about the Museum and some Canvey history, Alan also put on a film about the 1953 floods. (ED possibly the archives flood DVD) From there we proceeded to the Dutch Cottage at about 1.30 where I had previously arranged with Jim’s wife Alison to have it open for the students. On the way there after ferrying some of the group, that didn’t have their own transport, I picked up Graham Stevens. At the Dutch Cottage the students had a look around inside and also in the museum building in the grounds, whilst Graham and I told groups about Canvey’s history. I also got Mr Canvey, Ray Howard to pop along and have a word with them. From here the students split up, going off to different parts of the Island, with Graham deciding to walk with the two tutors and a few students, all the way to Temptin Avenue, much to Graham’s dismay as he was worn-out! I however drove two students to Kellington Road, via Link Road and then Hardys Way, where the students got out of the car to take photo’s of the houses. I then took them on to Kellington Road where I left them take photo’s of a pink house, and from here they made their own way to link up with the others at Temptin Avenue. 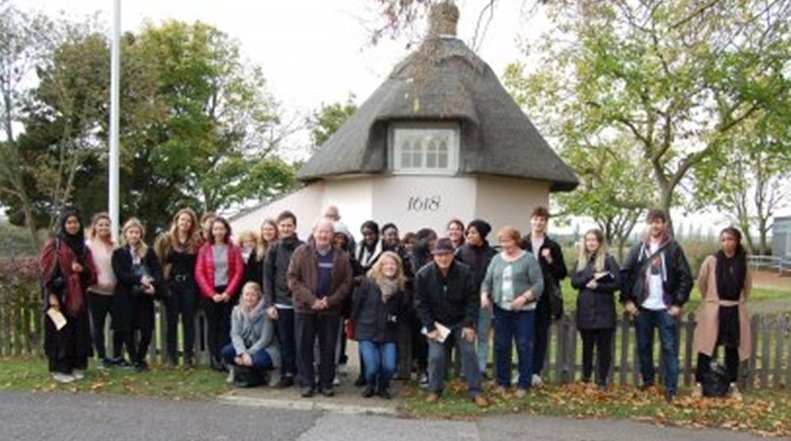 The visit was so successful Rod was contact again and asked if his email address could be passed on to another group at Central Saint Martins College. He was contacted by a student called Chris Wall-Hayes who arranged a visit on Friday 3rd Nov in the evening. 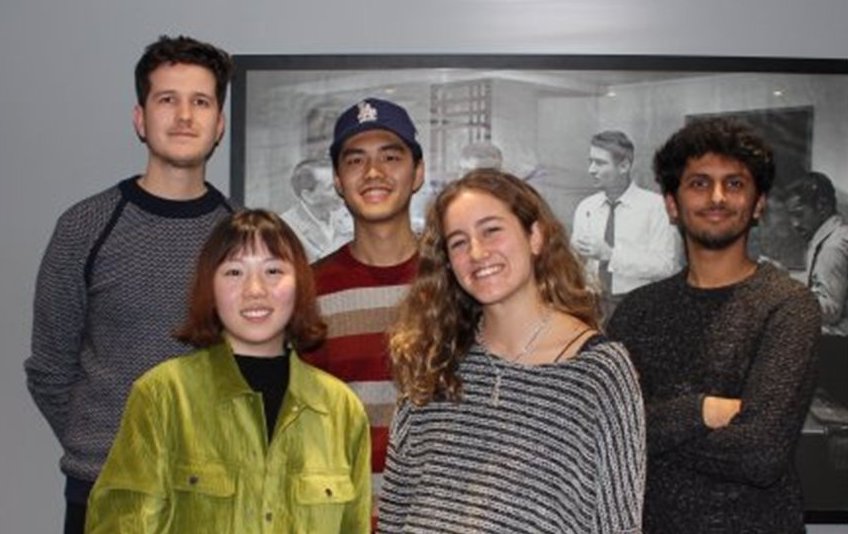 Rod said: This meeting turned out to be a bit of a question and answer quiz. He asked if I could bring some other locals along including some from the Rotary Club. During the day the students had met with some children on the beach and part what we were questioned on was what the children had told them about Canvey. Only four of us were able to join the students – Rotary Club President Malcolm Tugwood, Joan Liddiard, Graham Stevens and myself, due to a couple of last minute apologies.

This is not the last we will see of the students as Rod said they will be back!