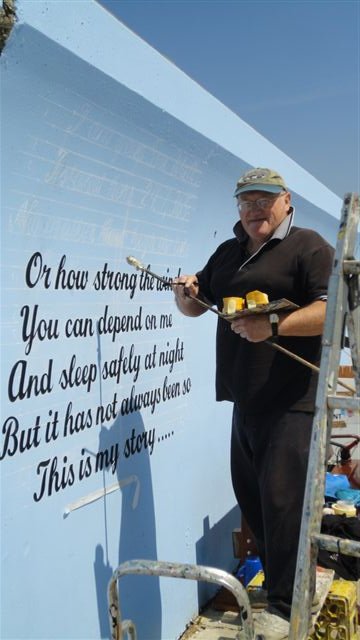 Yesterday the artists started work on the flood mural.

Bob the brush is doing all the wording, starting with the verse on the first panel.

On the second panel we have Tiffany Hughes who is painting the stepping stones plus lots more as you will see as the work progresses.

As much as we want you to come down and see what they are doing please try not to distract them too much as they have a tight schedule and there is always weather issues. 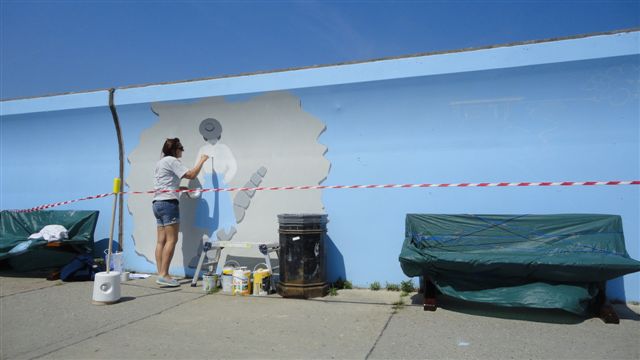 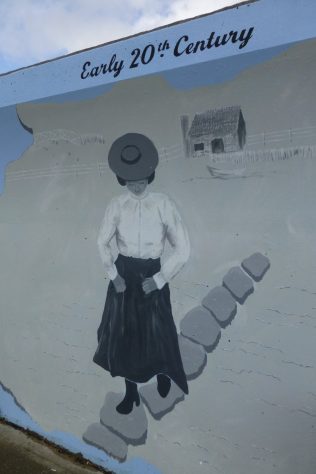 As time moves forward Tiffany has added more to the stepping stone picture. You can see the mainland at Benfleet, with the ferryman’s cottage and is that the railway bridge in the background?

She has also added the storm as it blows the waters down the North Sea and up the Estuary hitting the Island in the early hours of the 1st February. 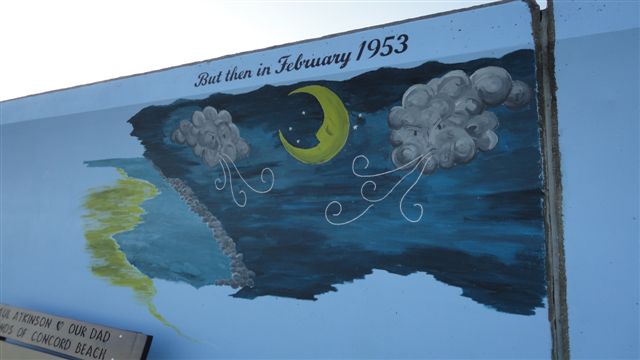 The storm as it hits