From the Norman Brooks Collection

The photo below was amongst the slides we received from Norman Brooks. No provenance came with the photo so we investigated. We felt it was something like a seal to seal letters. We have had several suggestions but most seem to favour the button tops of Roman Rings, the ring parts are missing. Now when the photo was taken and of what exactly? – a find on Canvey? We have no idea but it was amongst the Canvey slides so quite possible. There have been many Roman finds on Canvey.

We have also shown the photo as a negative which shows the shape of the carving clearer.

At the bottom are some examples of Roman Intaglio rings found for us by Robert Hallmann. 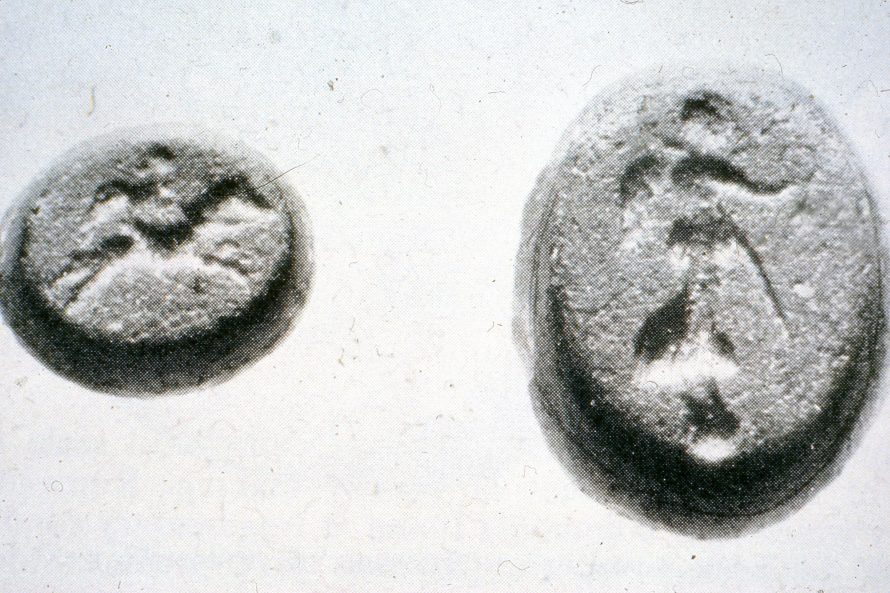 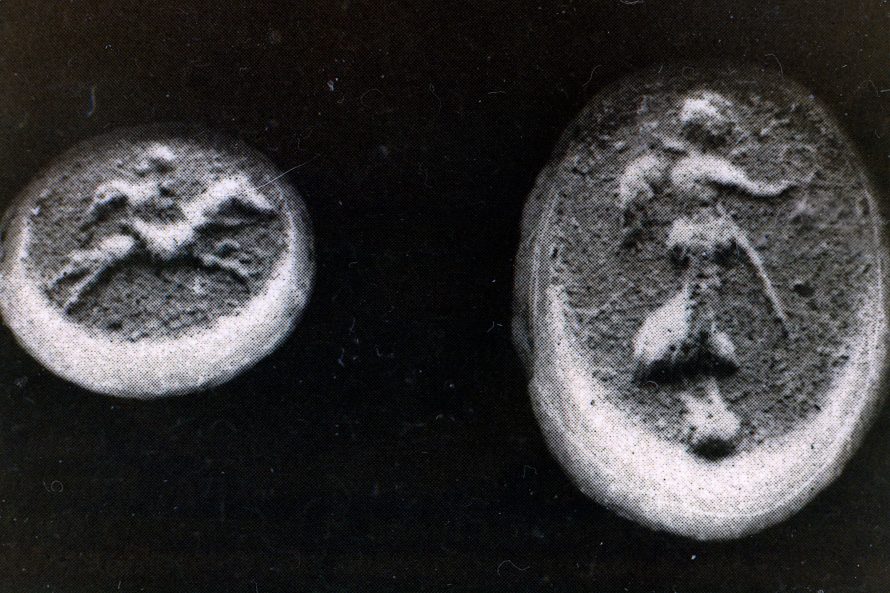 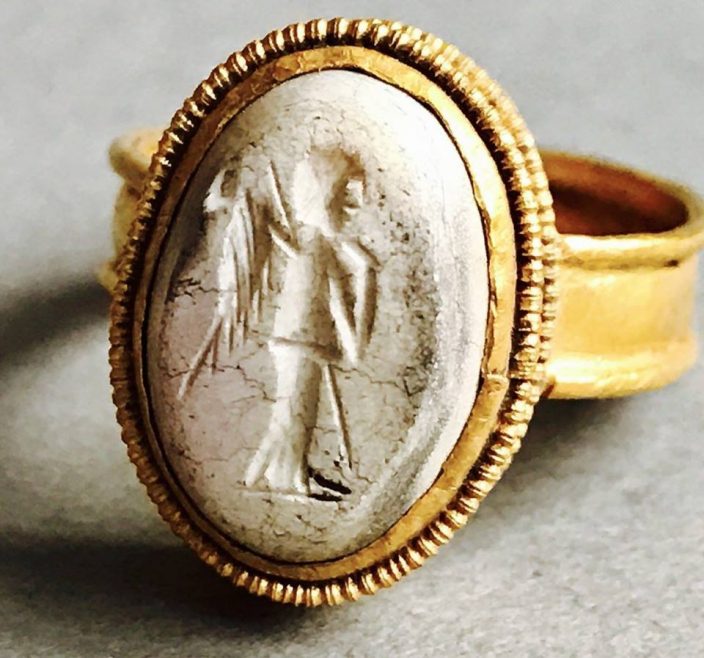