From publicity for a book

In September 1979 these photos were used to publicise a new book Doomsday Island by Alex Peters. On the back of each photo has been written what looks like small excerpts from the book. 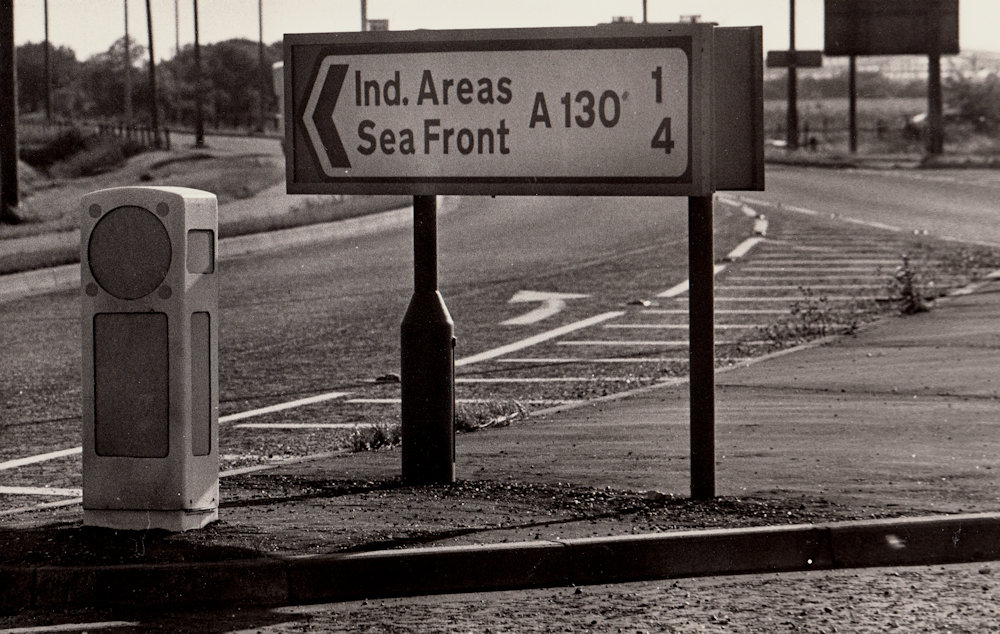 Unknown to either, a small cardboard package the man with the watch had been carrying, dropped from his pocket as he run, rolled up against the kerbs. It lay beneath a sign reading ‘Industrial Area And Sea Front’. 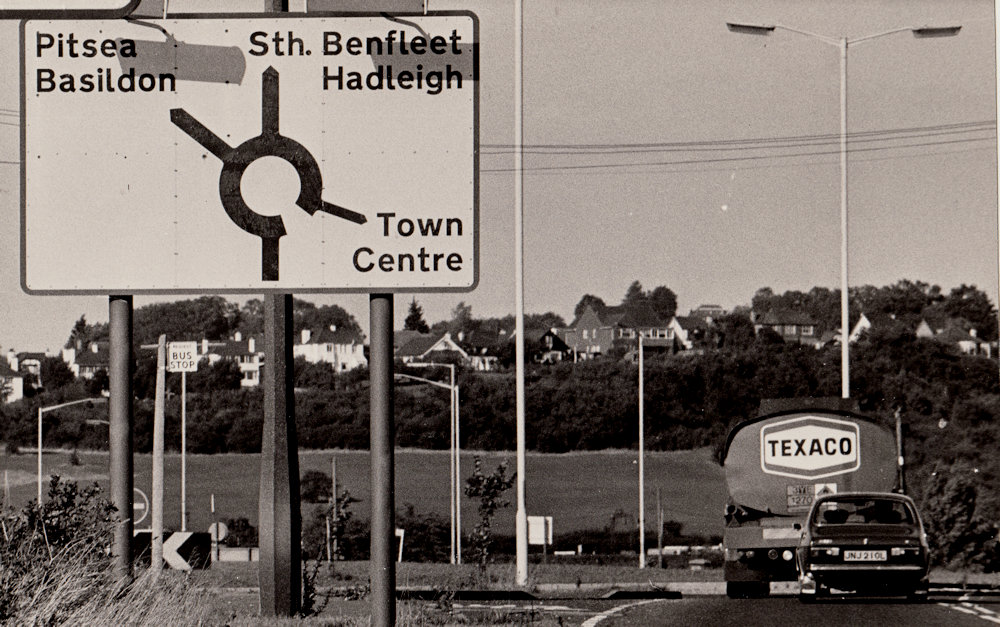 This was the linking-point of the two roads under which the men had placed their mysterious cylinders. The only roads on which all traffic coming onto or going off Canvey Island could use.