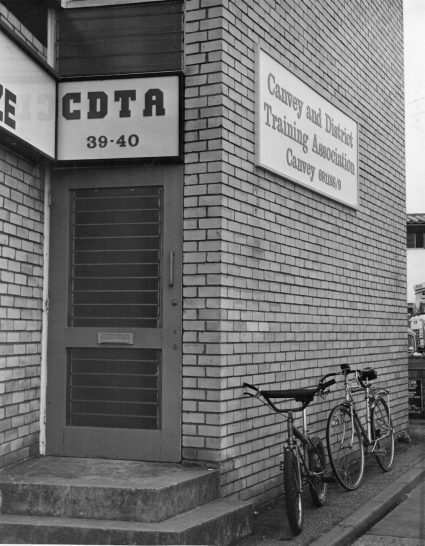 Some of the photos were taken in September 1983 when the Training Centre was already in operation although parts were only just completed. The Centre covered multiple occupations with pupils coming from as far as Rayleigh.

In November of that year Peter Morrison, Minister of State for Employment came to Canvey to officially open the centre. Some of these photos cover that event.

Whatever happened to the centre? 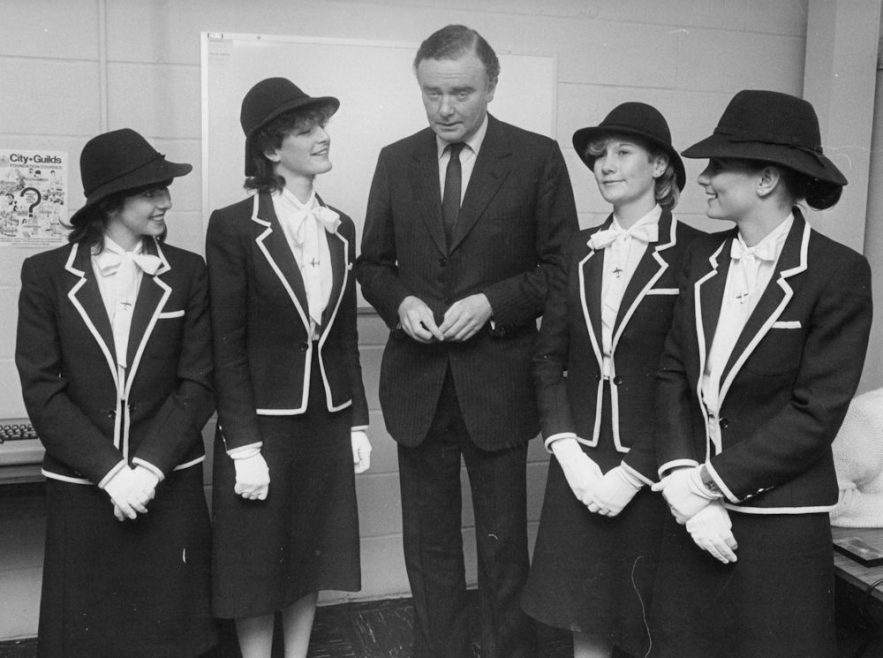 Minister of State for Employment Peter Morrison at the opening with girls from British Air Ferries who were being trained as Ground Hostesses. l-r Kery Blakeney, Denise Gouldsmith, Hayley Setterfield and Debbie Marsom. Taken November 1983 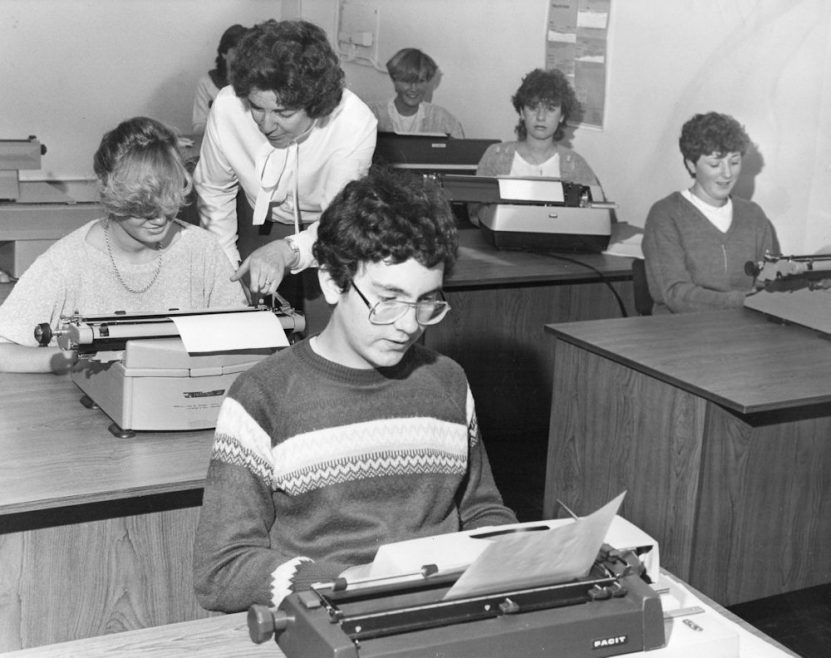 Mrs Ann Shepherd, training officer in the typing section, keeps an eye on her pupils. 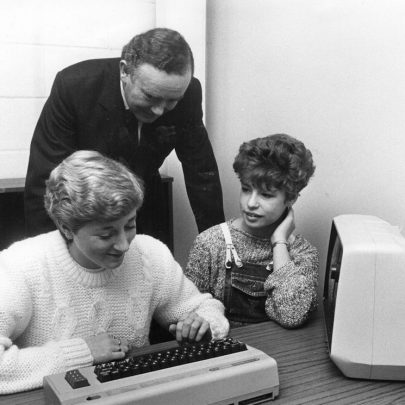 Peter Morrison Minister of State for employment at the opening in the computer room with Lisa Stephen on the left and Allison Rood right. Taken November 1983
Echo Newspaper Group 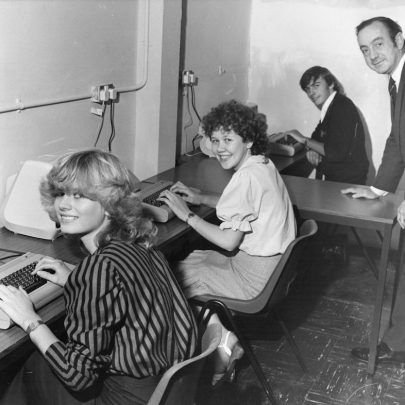 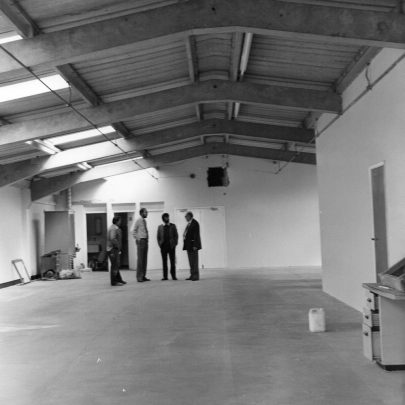 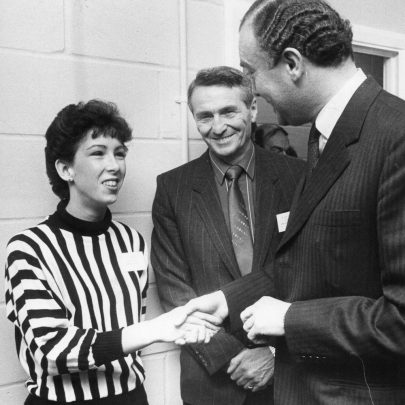