The Drive Behind the Buses of Yesterday 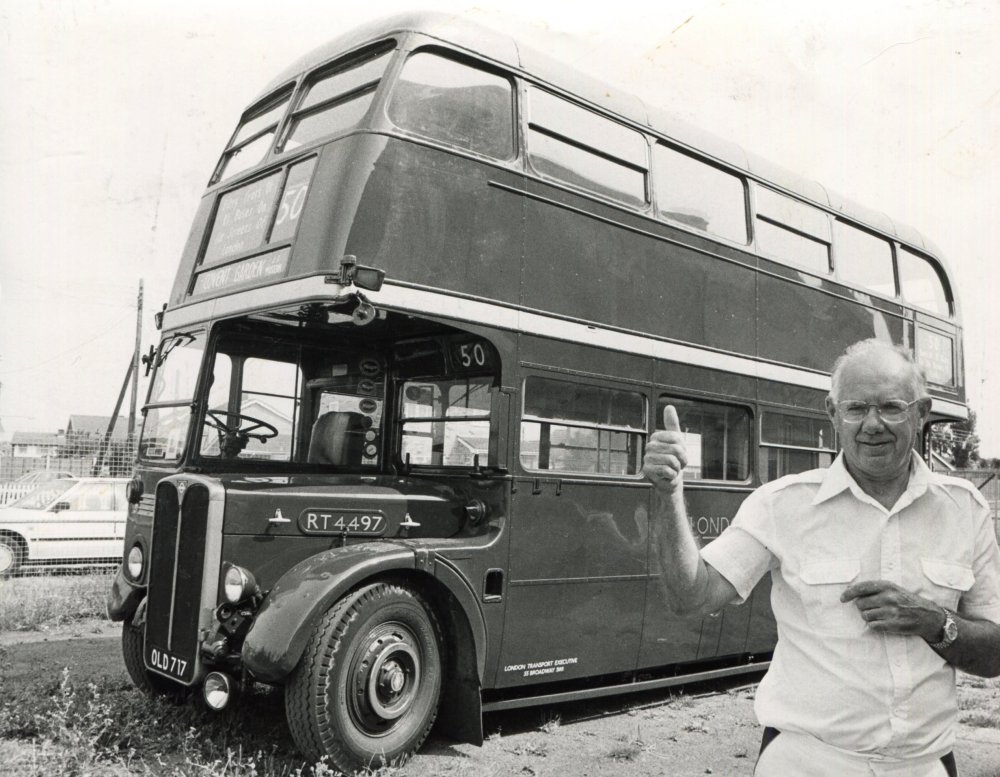 Ken Melson of Canvey visits the museum in 1989 to reminisce over similar London bus he trained on and drove.

The Point Road, Canvey, museum, which opens six Saturdays throughout the year, is kept running by volunteers who restore buses in their free time.

The process of turning a heap of rusting metal, dating back to 1935 and discovered rotting in a barn, into an immaculate bus that appears in BBC smash-hit programmes like Hi-De-Hi or Miss Marple can take many years.

Museum publicity officer Doug Payne said there were about 30 volunteers who worked on restoring the buses and a membership of around 100 supporting the museum. Finding out about an old bus that needed rescuing was usually heard through the grapevine and meant the start of thousands of hours of hard and back-breaking work.

The garage, dating back to 1931, is home to about 35 buses and coaches – single, double decker and open top – dating from 1935 to 1968. In one corner are buses to be restored, some of them so bad you wonder why people make the effort. But when you can see a restored bus alongside, you realise why. Returned to their original state, these buses are not just functional, they are a showcase for forgotten craftsmanship that has no part in today’s plastic high-tech times. Inlaid wood patterns, cream and blue paintwork – no spray can graffiti artists then to worry about – and plush and leather seats with sunray designs inset in the back all require great restoration skills.

Mr Payne and his co-workers are proud of the work they have done. Some buses have taken five years to bring back from the dead and can be worth up to £25,000. He said: “We heard of one bus in Perth and our chairman drove it down to us, He started at 8.30am on the Saturday and got here around 2am Sunday. Its top speed was 30pm. We rescued one bus from a barn in Cambridge and another one that eas going to be pushed into a quarry. We have London’s last trolley bus which will probably go to Lowerstoft for restoration because they have a museum that specialises.

As well as being used as TV and film extras – bringing in much needed funds to the museum – the buses travel to carnivals, shows and rallies in this country and abroad. One double decker had just returned from a rally in Belgium and another bus was out taking part in the Benfleet, Thundersley and Hadleigh carnival.

The museum’s next open day is Sunday, October 8, when the buses will go out on the road giving rides to the Labworth car park and back.