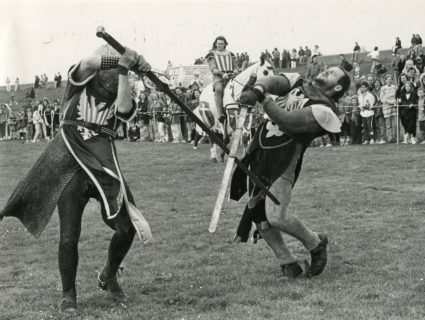 zoom
Cut it out: Hand to hand swordplay as the action hots up on the ground
Echo Newspaper Archive 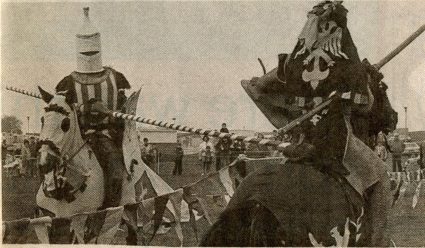 zoom
Ouch! Th black knight takes a drubbing from a lance in the jousting contest 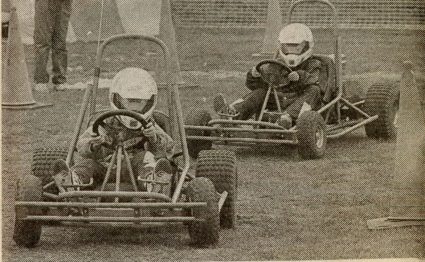 zoom
Horsepower: Youngsters had the chance to drive go-carts at the Canvey fair

It was joust for laughs at a Canvey Country fair when the gallant Black Knights charged
onto the arena wielding razors sharp spears.  Forces of good and evil clashed in spectacular style, roared on by crowds baying for action. But once the frightening medi­eval costume came off everyone went home all smiles after the Easter excitement. The action packed match prov­ed a big hit with families who invaded the Kings Holiday Club to watch the jovial jousting.

The bank holiday event was organised by bosses from the island’s Charfleets market and Kings Holiday Club. An official said: “We had a car park designated for 3,000 cars which was full. We didn’t realise it would be this successful, it’s the first time we’ve decided to try anything like this but it seems to be popular.”

Plans for a return match next year are already under way because of the massive response. The official added; “Thankfully no one was hurt. They are all experts at looking menacing but not actually getting carried away.”