He can't bear it! 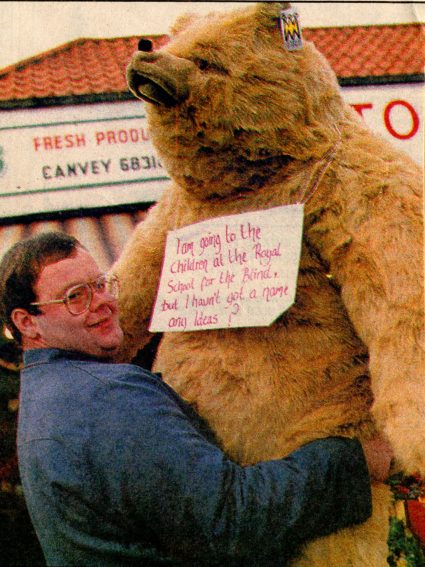 Ever met a bear without a name? You have now. The 5ft tall bear is on his way to a school for the blind and needs a name. He was bought after customers of Browne’s fresh produce in Canvey High Street helped raise £1,250 for the Royal School for the Blind in Liverpool.

The effort was masterminded by store owner Alan Browne, who organised coach trips and raffles for customers throughout this year. Now Alan wants Echo readers to suggest a name for him – or her. Phone him on 0268 68????.