found in back of mirror 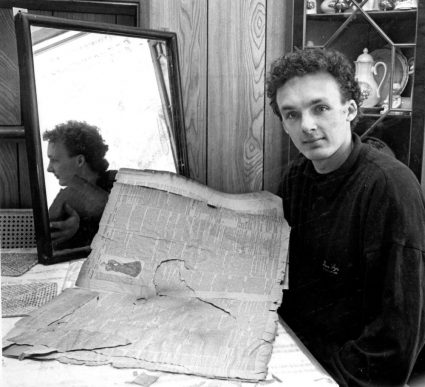 In September 1990 this story was reported in the Echo, we have not yet found the clipping.

On the back of the photo it says: Tony Spink with the Weekly Dispatch dated November 1894 that was found in the back of a mirror.

The Weekly Dispatch was first published in 1801, changed its name to the Sunday Dispatch in 1928 and merged with the Sunday Express in 1961.