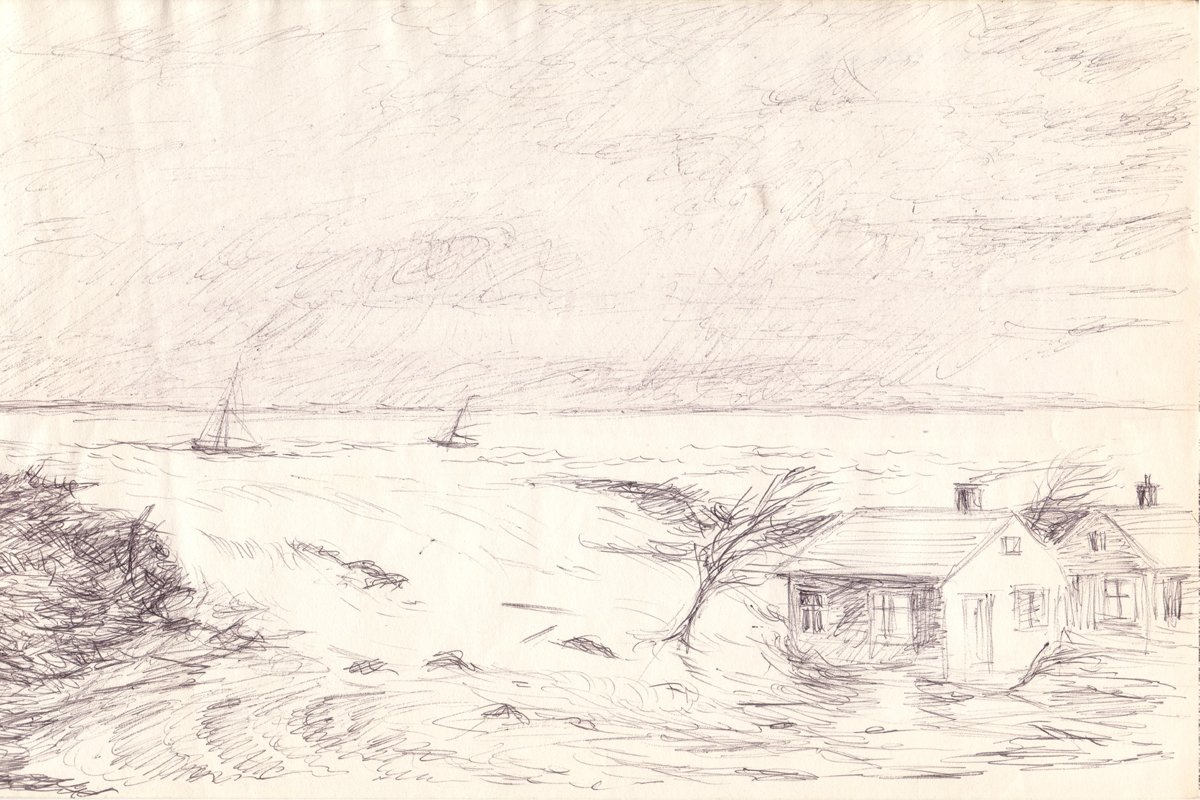 This is taken from a very faded photograph of a painting. It appears to depict the very moment the seawall gave way under the onslaught of the rising waters of the North Sea, aided by gales which had been blowing for days. Strange that this wall was the first to give, as it was around the back of the island, towards Benfleet creek. I was living on Canvey at the time too, some mile and a half from the depicted scene and we heard the warning maroons being fired at about 1.30 in the small hours,. My mother rushed out to warn our elderly neighbours across the way, and was carried back into our house by a wall of water at least twice her height. In the morning the water stood 14 feet deep and we were shivering inside the roof of our old, but high, garage building.. I was evacuated to the mainland for a few weeks, but Mother stayed on as the waters receded that afternoon to stand about four feet deep for weeks, while the RAF pumped out the whole Island.

One of the stories of the following days that Harry told was that he was cycling along the main road, which was fairly free of water at the time and passed a man walking along, warmly clad in a coat and hat and smoking a pipe. The walker, thinking he knew where the path led off the road to his house, turned right and simply disappeared, having dropped into a ditch.

After a second he re-emerged on the other side, hat still on head and pipe still in mouth, but rather damper for the experience. 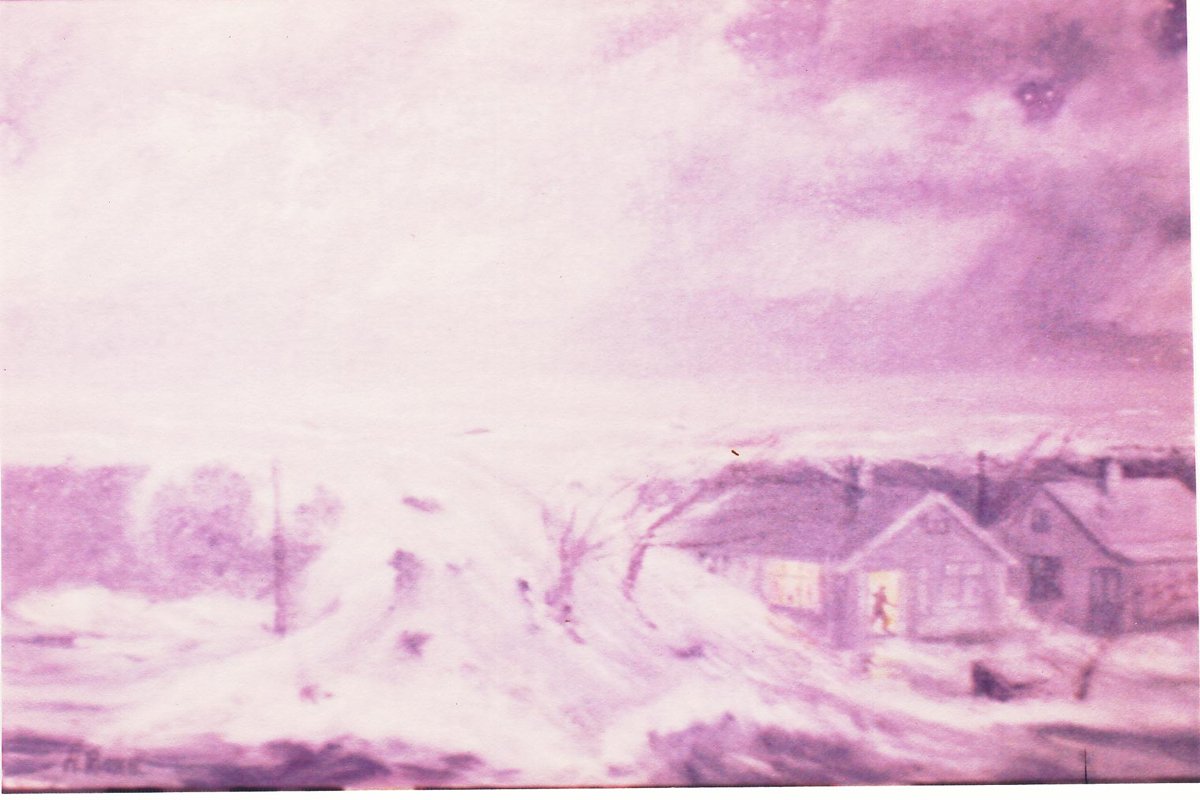