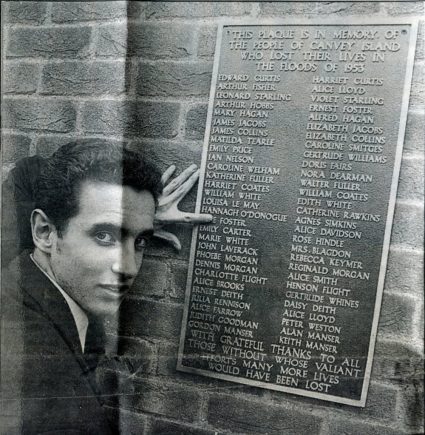 Vincent Heatherson's interview with the BBC 1997

Hundreds of Canvey residents paid tribute to the islanders who per­ished in the 1953 floods with tears, flowers and a minute’s silence. They gathered at the library by the Knightswick Centre on Saturday afternoon to watch the unveiling of a plaque in memory of the 58 victims whose lives were claimed by the rav­ages of the sea.

It was exactly 44 years from that fateful night on February 1st when 24ft tides battered the East coast, swamping the island and Great Wakering, Foulness, Wallasea and Southend. In total 68 lives were lost and a memorial has now been erected to remember Canvey’s dead.

It was the idea of Vincent Heatherson, of Deepwater Road, who suggested to the council there should be a memor­ial on Canvey for those who lost their lives. 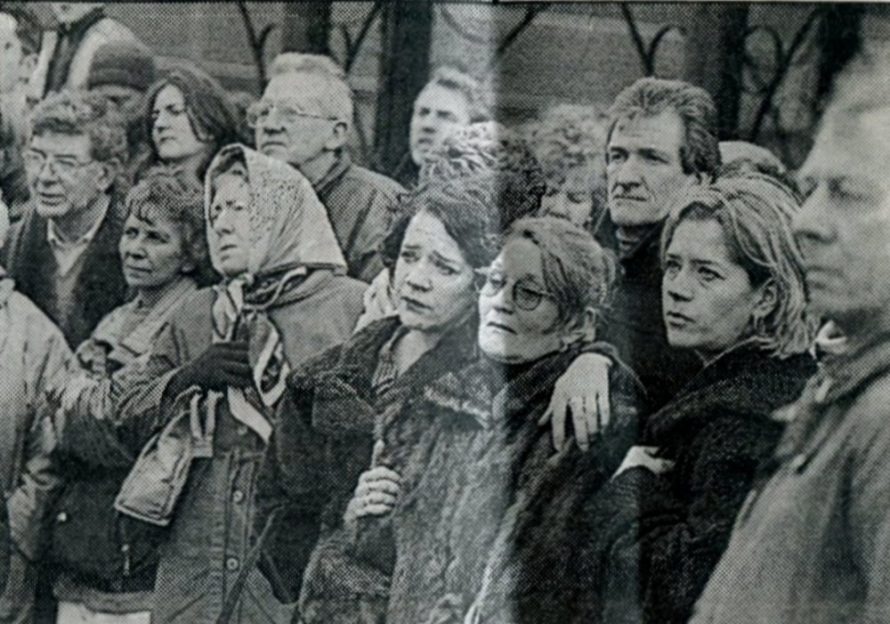 The young man offi­cially unveiled the plaque, watched by his proud family and other guests including the mayor, Dr Bob Spink MP and Father Neville Banks, the mayor’s chap­lain.

He said: “At last the day has come for the 58 victims of the flood to be remembered. I cannot believe that 44 years have gone by without a memo­rial, though I can under­stand why one was need­ed because of the huge amount of support I have had from the council and the people of the island.”

Vincent’s work was praised by Castle Point Mayor Dennis Williams and a minute’s silence was led by Father Banks. Vincent’s brother, James, 26, said: “The whole family are so proud of him.”

George Blackwell, 79, of Beach Road, is one of the four remaining fire­men alive out of the 10 who battled to save islanders from the sea. He said: “On the night we had a call at about 12.30 telling us there was a leak in the barrier in the Sunken Marsh area. As we drove towards it we could see the sea water gushing towards us down Rainbow Road. There was a boatyard nearby and we managed to get into these two-man canoes. We were the only ones who could do it until the army arrived the next morning. We spent four days in the freezing conditions, working against the snow and rain. I did not see my wife and children until I got back to the rescue centre four or five days after.”