The Police at work 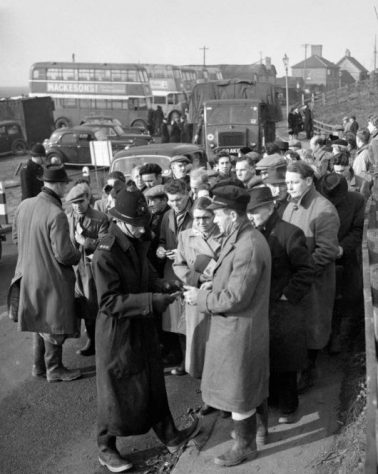 Canvey was evacuated after the floods of 1953.

Only a few residence stayed on the Island. Part of the work of the police was to stop looting of the empty properties.

A checkpoint was set up at the bridge and only those with legitimate reasons for going on the island were allowed to pass.

Vehicles were searched leaving the island and patrols were sent out.

The photos below – was this one of the patrols or just someone being helped? It looks like his bag is being searched.

If you remember what was happening during that time we want to hear from you.