You are here: HomenextHistorynextThe Great FloodnextPapers and ReportsnextThe RSPCA and their work during the floods of 1953

The RSPCA and their work during the floods of 1953

In the Canvey Area, which was one of the worst hit, centres are being established for the restoration and identification of animals by their owners. These animals are in kennels and in clinics wherever accommodation is available. 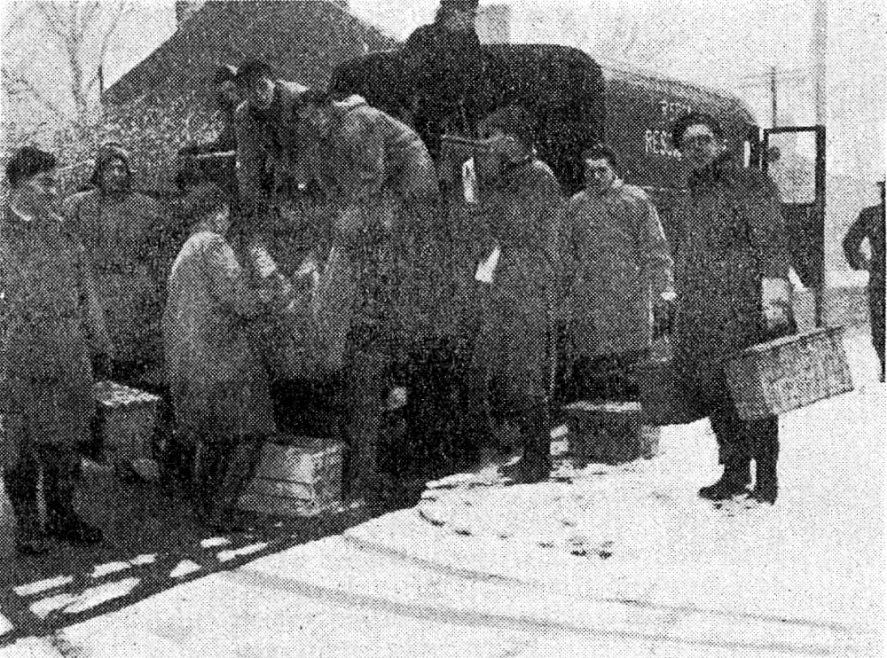 Medical students helping in Canvey. Chickens are being brought to the mobile rescue centre

It would be almost invidious to name individual acts of heroism, but from practically every area come stories of bleak winds and conditions so wintry that sea water actually froze.

This excerpt, taken directly from an RSPCA fundraising booklet describes some of the first measures taken to help the animals in Canvey Island:

When the flood waters broke over the East Coast, in the early hours of Sunday, 1st February, bringing unprecedented devastation in their train, the Inspectors of the RSPCA were on the scene of the disaster with the first of the recue parties, searching for stranded animals. 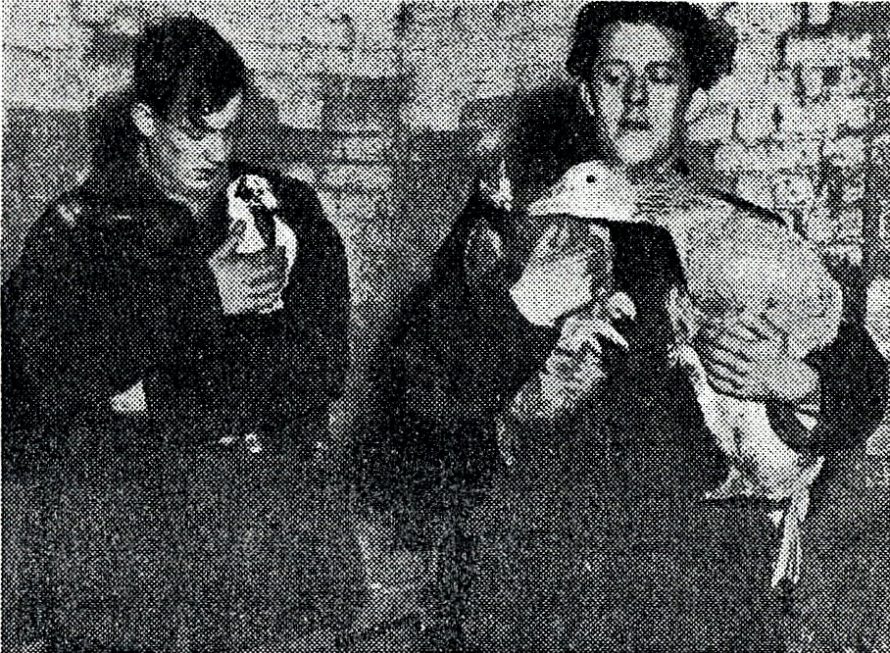 At noon on Sunday, news of the catastrophe was telephoned to the Chief Secretary at his Surrey home by Senior Inspector Pope of Southend, who reported great devastation on Canvey Island where he had spent the whole of the morning, since daybreak, rescuing animals from flooded bungalow, fields and farmsteads. Immediate steps were taken by the Chief Secretary to draft additional Inspectors and clinic workers to the spot and, by mid-day on Monday, 2nd February, emergency staff had been rushed to all the areas affected by the flooding, taking with them rescue equipment and ambulances 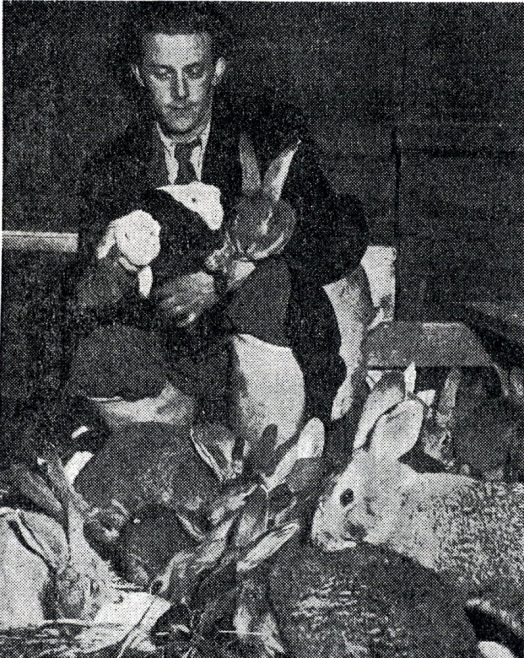 A few of the many rabbits saved on Canvey are shown with an RSPCA rescue worker.

An extract from a report sent in by one of the Inspectors.
‘We were all equipped with waders, food and an odd assortment of warm clothing. We had two amphibian craft and, in addition to our party, were a number of young and strong volunteers, whi knew every inch of the Island.

We split up into two parties and had a real good day. That day we managed somehow-just how will never be known-to rescue 260 cattle, 10 horses, 4 pigs, and got them all to higher ground and made sure that they had food and water. Water was the great problem, as the animals were almost mad with thirst.

We arrived back at 8pm, all wet through and absolutely dead beat. Inspector Pope and myself again attended a conference at 8pm-still in our wet clothes, with water running out of our trousers.

Medical Students helping rescue animals under the guidance of the RSPCA

Many people received RSPCA awards for Gallantry and Services on Behalf of Animals During the East Coast Floods in 1953 among them were Canvey Islanders:                Miss W G Capser and Mr J Oakley both received a Gallantry Medal.

I would like to thank the RSPCAfor their help and the literature they forwarded to me. 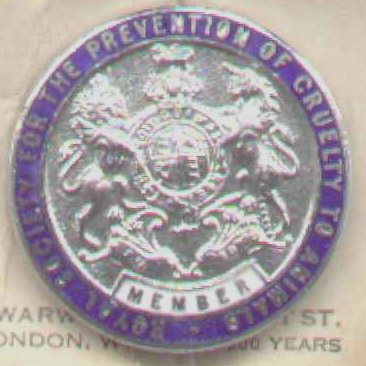 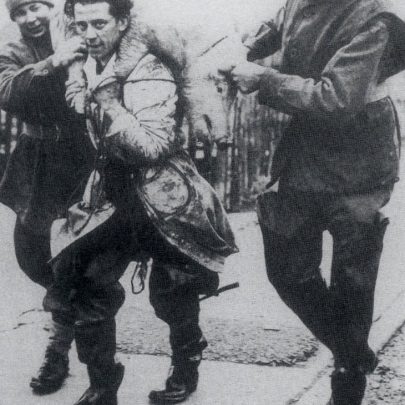 The RSPCA rescuing a pig 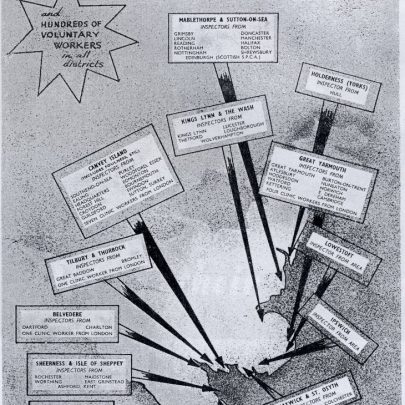 How the RSPCA rallied to the help of animals in the stricken areas. In all, more than 11,000 animals and birds were saved.
RSPCA 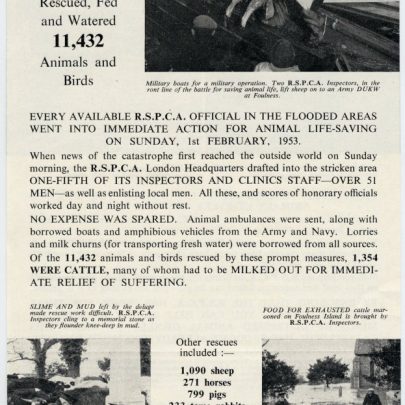 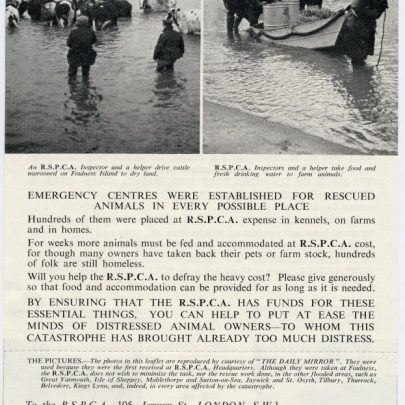