In Memory of Judith

"We are done for now Maisie" 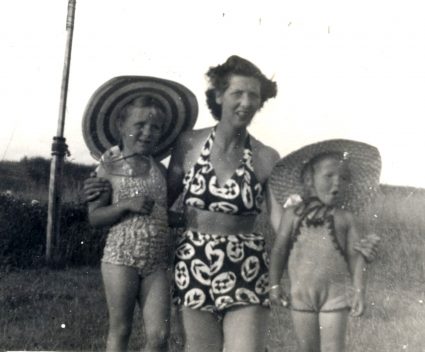 Mum, Judith and me

I can remember on the roof that night, my Dad saying to my Mum “We are done for now Maisie”. One of the bungalows that had been swept away was heading straight for us. As it happened it was caught against one of the trees in the pictures (background) and diverted and missed us by a few feet.

Most of the time I was the only one conscious but when Dad came around he kept telling me to keep yelling because I was bringing him back.

My sister and I had a nightie on, my Mum a cotton dressing gown and my Dad had his underpants. It was a corrugated iron, flat roofed building so we had no loft. Dad had broken the corrugated iron in with his bare hands after climbing out of a window in the water as it was already up to the gutter. He made a schute down into the rooms with the broken roof and Mum, Judith and I were able to climb up to the roof. I trod on a piece of glass as there was a window between the two rooms which was broken by the schute and that is the only physical scar I have. 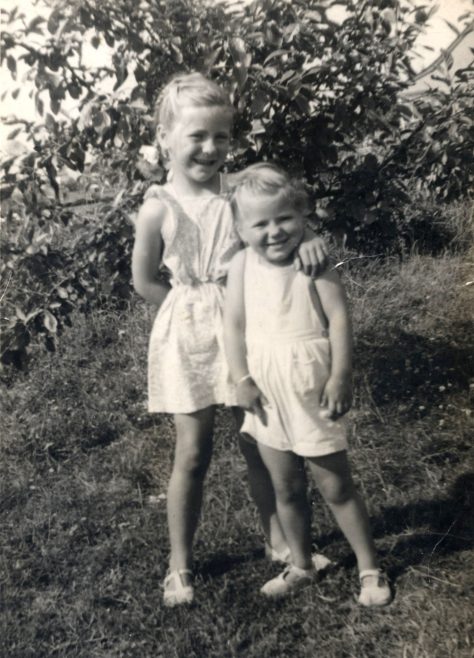 Dad obviously got superhuman strength that night to break the roof because he almost cut three fingers off and lost loads of blood and was in Southend hospital for some time afterwards. He wasn’t even able to go to Jotmans for the funeral as he was still in hospital and Mum had to do that on her own. She told me Judith was buried in Benfleet, but I didn’t know where. Mum always said we were on that roof for thirteen hours but I can’t believe it was that long.

I can remember it clearly, the rescue in the dinghy, the broken sea wall and the piggy back along the remainder of the wall to a houseboat where a lady made me hot cocoa and tried to look after my sister. We were then both taken to an ambulance and I remember the medic in the ambulance trying to revive her. She died of exposure.  When we arrived at Southend hospital she was taken one way and I went to a ward, which was chaos at the time. Apparently the way she was taken was to the morgue. I remembered so much more than my Mum and Dad because I was conscious longer. 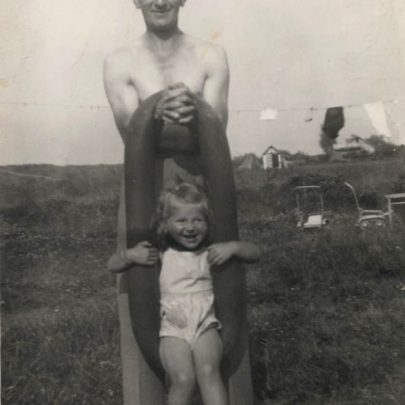 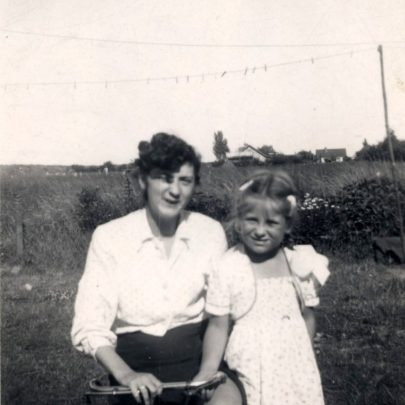 Jean and me
Eddie Evans