My Memories of the Floods 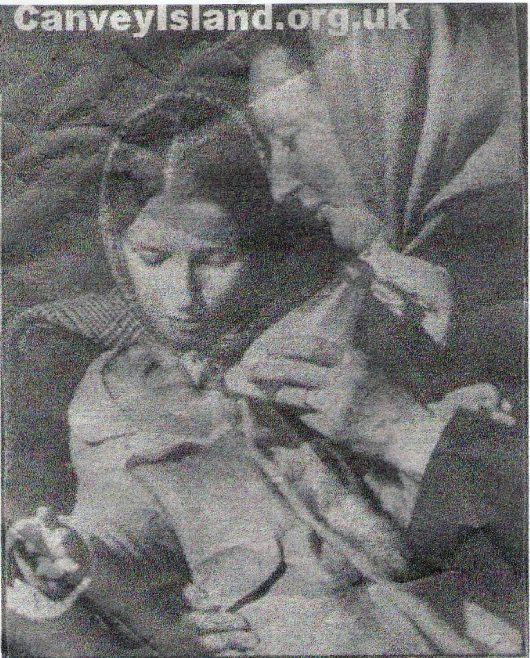 I was 11 years old and lived in the bungalow ‘Eversley’ in Ameland Road 60 Acres. My Nan and Uncle lived in ‘Ivydene’ Helsingborg Road, about 300 yards away, I often stayed with them at weekends.

I was there on the night of the 31st, and my first recollection was being woken by water lapping over my bed and my Nan shouting “God the sea wall has gone.” Nan and I struggled through the water and managed to climb onto the kitchen table, while my uncle searched for dry clothes, he found some of his jumpers on the top of the wardrobe just before it toppled over into the water, he found some matches and lit the gas cooker to heat some milk just before the water reached the top of the cooker, he made his way into the sitting room to find a bottle of brandy which he put in the milk.  Uncle waded over to the window to see if Dad’s bungalow was all right, but all he saw in the torrent was drowned animals and debris.

As the bitterly cold night dragged on, Mrs Keymer who lived in Deventer Road just behind my Nan’s bungalow cried out that she was coming to join us. Uncle pleaded with her to stay where she was until help arrived, but she panicked, opened her door and was swept to her death.

I can remember thinking what a story I would be able to tell my friends at Sunday school the next day, not realising I would never see some of them again. As dawn broke we could see the full extent of the devastation, but help did not arrive until 2pm on Sunday.

We were eventually rescued by another uncle and a friend who carried a dingy from Haystack corner along Central Wall Path, they rowed across Somnes Avenue to pick up Mum, Dad and my Sister, they then came to rescue us. We climbed through a window into the dinghy and taken to Central Wall Path where we then walked to a grandmothers bungalow near Central Wall path which was on higher ground, and  had only a few inches of water where we were reunited with Mum, Dad and my Sister, a very emotional time for all of us. They told us Dad had broken through the ceiling to get Mum and my 9 month old sister Jean into the loft. After a hot meal and a change into dry clothes, we walked to Waterside Farm, joined by the survivors of the Manser family.

It was a very hazardous journey, crossing over duck boards,  which had been placed over breeches in Central Wall Path. I was terrified so my Aunt gave me a piggy back across the boards as the water was still rushing through the breaches. When we finally reached Waterside Farm, large chicken sheds had floated on top of  the path we had to climb down the bank to more duck boards placed across the dyke to get round the sheds and climb back up onto the path.

We finally reached the main road at Waterside Farm where we were picked up by an Army Lorry and taken to Benfleet school. Nan and Uncle were taken to Billericay Hospital, suffering from exposure and Uncle also had badly bruised and cut legs. Dad stayed on Canvey with my Uncle to help with the rescue work. We were taken from the school to Mum’s cousins at Prittlewell, Dad returned later to clear up and we finally all returned to Canvey a few months later.