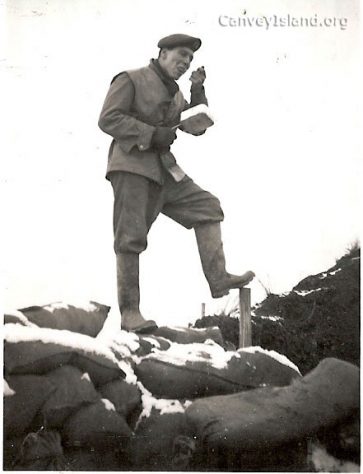 Here are a few photos of myself and fellow Royal Air Force Regiment bods taken on the wall at Canvey Island where we worked filling sandbags and then repairing the breached sea wall in 1953. I was a signaller and after the wall had been repaired we had to wait for high tide and report on any leaks etc. The Good Lord sent every known bit of bad weather down upon us. We came in Convoy from RAF Innsworth in Gloucester and I think the first night we were in accomodation somewhere in Purfleet, then we were moved to Warley Barracks at Brentwood and from there going out each morning to work on the wall. Have vague recollections of our Bedford 3 tonner coming across a muddy field bringing our hot container food and getting stuck and the army with a tracked bren gun carrier going to their assisstance and towing it out of the mire.

The reason for giving my nickname of Barney is someone may see this who may well remember me. Intend to come to Canvey Island now the nights are pulling out to try and find one road in particular where we were travelling on and approaching a main road. There were bungalows set back on our right and lower than the road and these were deep in flood water. Their is a story here and likewise a story of myself when I collapsed on the wall from cold and exposure.

The next two photos show high and low tides. 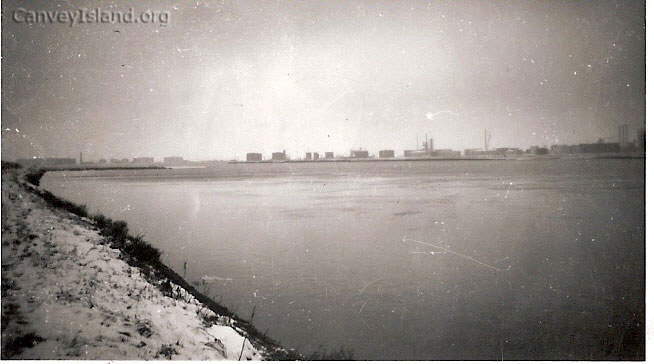 1953: High tide at Canvey – There are fuel tanks on the horizon, perhaps Coryton Oil Refinery? 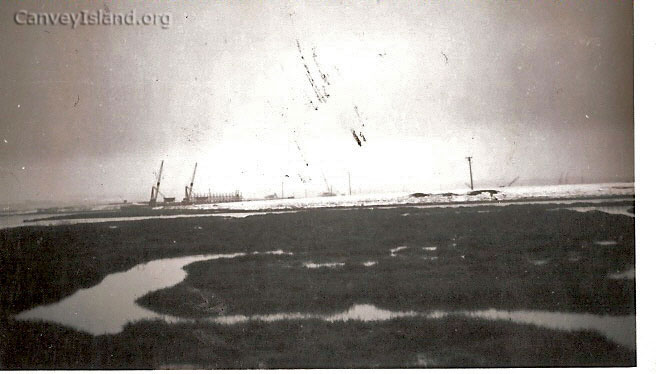 1953: Low tide at Canvey Island – There looks to be a Jetty under construction 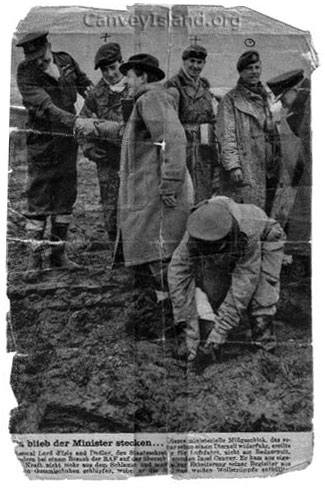 The newspaper cutting (right) I received from a friend who took it from a German magazine. It features Lord D`Isle and Dudlay seeing for himself the damage that was caused. I don’t know which service these folks were as the Army was also working on flood work too and as its an aerial photograph (bottom of page) one cannot make out any uniform, not that much of a uniform would be shown as with wellingtons, leather jerkin, etc, not a lot of uniform would have been seen. Obviously one chap on the wall was in a friendly mood waving with both arms in the air. Anyway another photo to the Canvey Island archives.

If memory serves me correctly I think it had to be single traffic on to the island over the bridge as top dogs did not want too much weight on it. So procedure was for the workers vehicles coming off in convoy to come off first and then the ones coming on to work, went on. 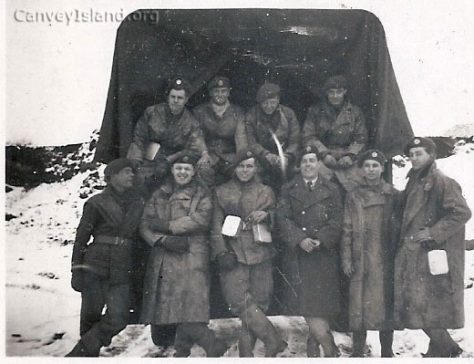 In the photo above that I have described as “Some of the lads”, I can only put names to some of them and all these remembered by name are standing.
Naming from RIGHT to LEFT:
JOE BELLIS, originally from Shotton Colliery, Co. Durham, now living in the Midlands area.
JAMES (JOCK ) SIMPSON, originally from Aberdeen, now a naturalised American living in COVINA, California and, as he was my Air Force buddy, I keep in regular contact with him.
Sergeant THOMAS.
And last myself, Don (Barney ) Balmforth, originally from Thornhill in Yorkshire, now living near Ipswich in Suffolk.

I, D. Balmforth was 21 years old (having been deferred my National Service for a couple of years owing to learning a trade). Joe Bellis and Jock Simpson would be approaching their 20 years of age.

Thanks to Barney and his daughter for sending in these wonderful photos and memories. If you can remember Barney or anyone else involved, please leave a comment below. 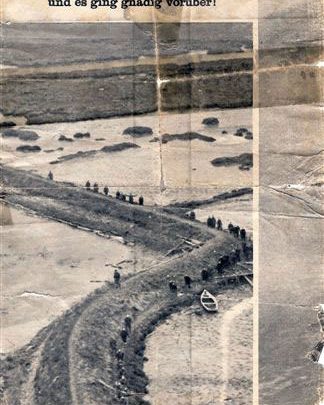 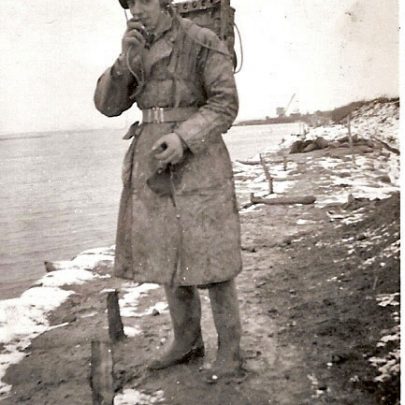 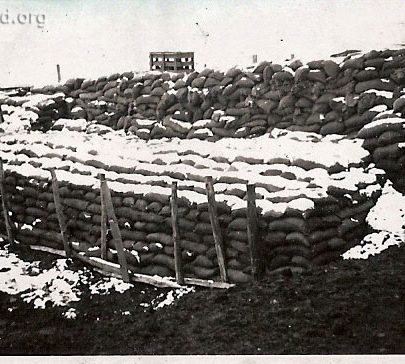 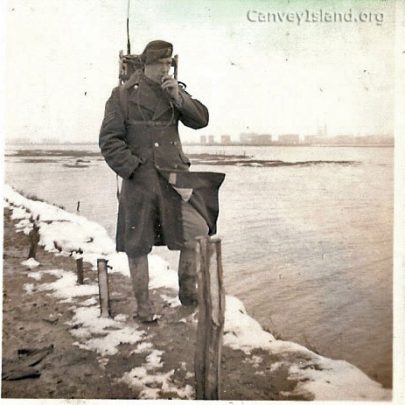