Memories of a six year old 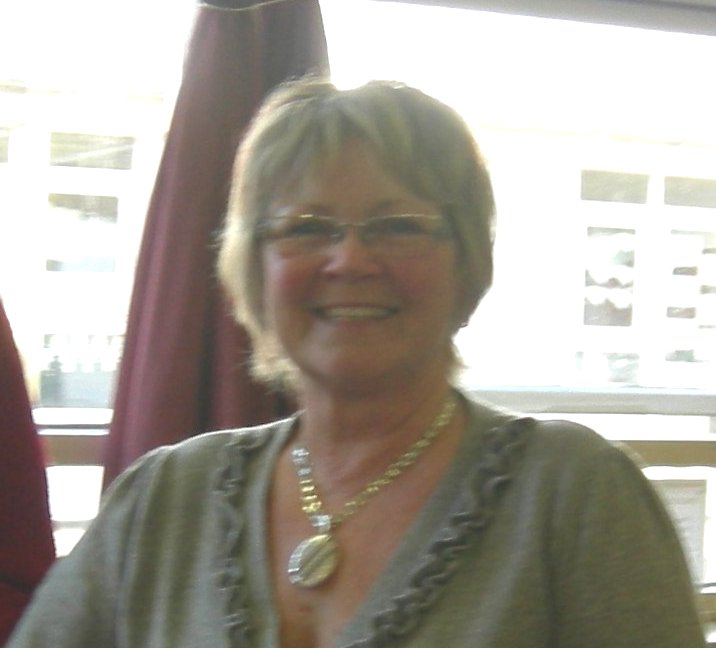 I was six years old at the time of the flood. On the day before, 31st January, it was a very, very cold wet and windy day and it was the day the ‘War Memorial Hall’ opened officially. That evening my parents had gone out to the opening and my sister Sheila and my cousin Valerie were left in charge of myself and my baby sister, Elaine, who was two years old.

When my parents came home that night they sent my cousin home and we must of got ready for bed. It was not long after my cousin went home, she came back and was knocking on the door and said ‘Auntie Peggy you must get the family up in the loft, because Canvey is flooded’. To which my mother swiftly smacked my cousin across the face and said, ‘Now stop telling lies and go home’. ‘But Auntie Peggy,’ – ‘Go Home!’ So she sent her packing. But my cousin had actually seen the water coming across the field that lay behind Normans Road, Oxford Road and Beach Road. (Joan and her family lived in Delgada Road a small turning off Maurice Road) 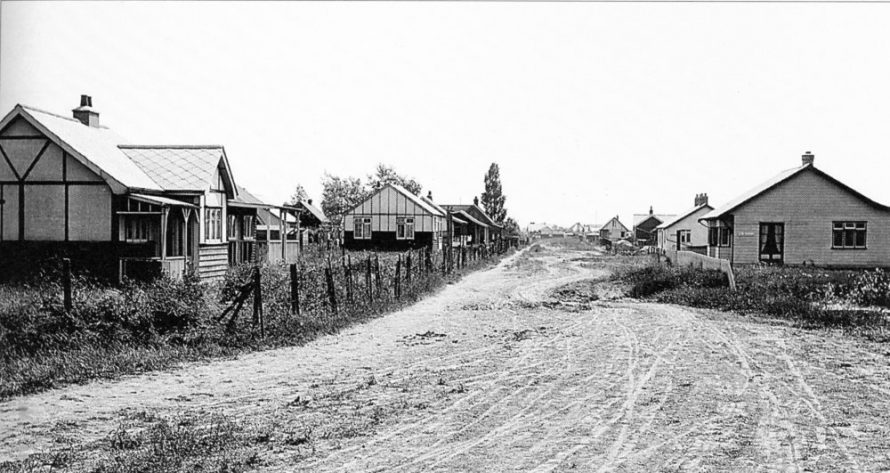 Maurice Road before it was made up

My grandmother lived in Maurice Road almost opposite this field.  My cousin also lived in Maurice Road but the seafront end and I presume my cousin was staying with my grandmother for the night, which quite often happened. That is how come she saw the water coming across the field. It must have been a clear night with a full moon because it was the moon shining on the field that showed it was water.

I believe it was the fella opposite us who came over and said yes Canvey was flooded and to do something about it. Although we lived in a bungalow it had originally been built before the war by a builder who intended to live upstairs, so it was like a chalet bungalow, we only ever used it as a bungalow, there was no stairwell. So although you could stand up in the loft and it was boarded there were no rooms up there. So we were quite fortunate, we had to get up in the loft by piling up furniture. We had a hatchway which wasn’t a small square, it was an oblong and quite big which was fortunate. We dragged the dining table into the hall, then a chair and probably a pouffe or stool and that was how we climbed up into the loft. 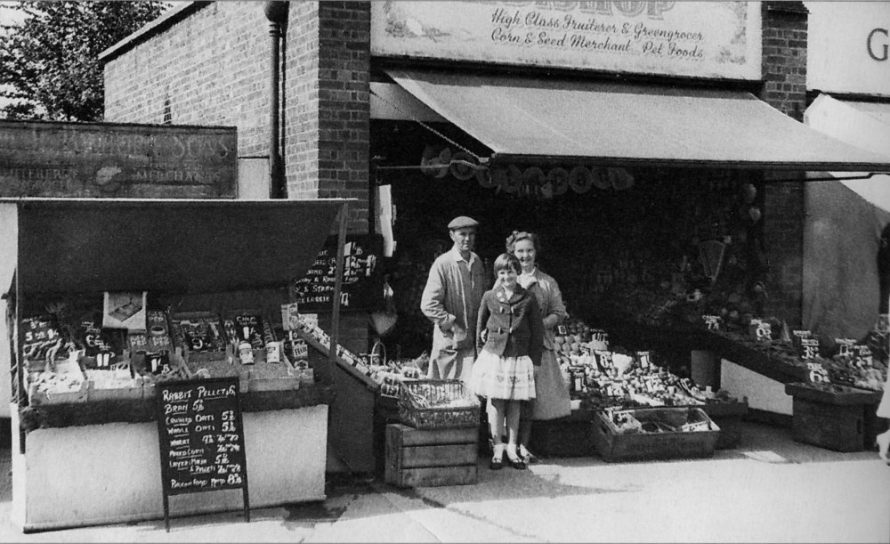 Reg and Peg Bishop with their daughter Elaine in 1958

Because we were the only property in the area where we could get up in a loft and get a lot of people up there we had a lot of people from our small road. My grandmother would have come over and no doubt my cousin and her parents. There were quite a lot of us, probably about 26 or 27 people we had up there.

The elderly couple over the road, their property lay quite low and they were woken up because they were wet and they could see their furniture floating. So they came outside and called across to us. They were an elderly couple to a six year old. The lady was huge, they probably squeezed her into the hatch, getting underneath her and pushing her up and the others must have been pulling.

I remember there were primus stoves going with soup, certainly tea on there to keep us warm because it was very cold up there. There were blankets. I remember mum making me up a bed in the corner but I did not have any sleep there was too much going on. My uncle played our piano nearly all night with his feet up on the keys. He must have been a contortionist.  My uncle and my father stayed downstairs all night, I don’t remember them coming upstairs at all. We had probably 3-4 foot of water so we were pretty much fortunate that our bungalow was not flooded up to the ceiling.

We were upstairs quite a long while when someone realised that my baby sister was still asleep in her cot. So someone went and got her, obviously the cot was very wet by then but she was alright. I remember everyone singing war songs ‘Roll out the Barrow’ and all that. I was totally oblivious as to what was going on. The following morning the water had gone down and I just remember it was ankle deep. So we all came down out of the loft and I presume dispersed to their homes. There were still quite a few around. I remember mum cooking bacon and eggs for everyone. There was nowhere to sit because the coach was wet. You can just imagine, it was awful and smelly and the water was not like the water from the tap. It was murky and nasty. 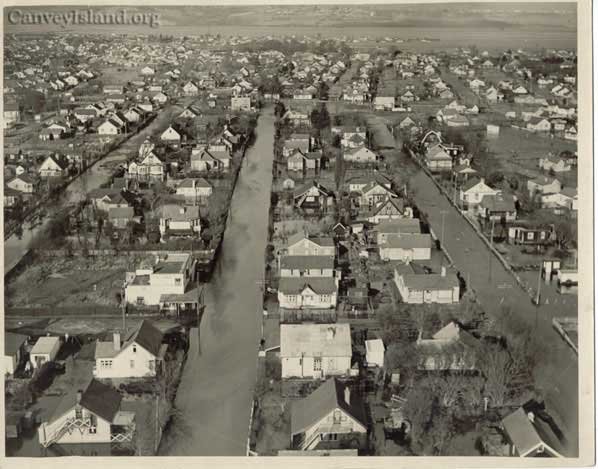 Then I think there was a policeman, who lived on the corner of Jotman’s Lane, Benfleet, he was friend of the family and he came over on his pushbike. He came down to see how we were getting on and said you must take your family over to my place. So we managed to get over there, I can’t remember how, I think dad must have had a car at the time. So we got over to Benfleet eventually and from there I was taken to London to stay with people I did not know. But that did not bother me. I think they chose me to go because I don’t think Sheila could have coped with staying with people she did not know. Anyway Elaine was a baby, maybe they wanted the trouble maker out of the way.

I was shipped off to Leytonstone, I think. It was to a block of flats with a family with two teenage boys and I just had a wonderful time, centre of attention. I had to go to school and I just remember at playtimes all the children standing around me asking questions and bringing me things, the odd sweet or cube of chocolate. They would bring me things to school. I was really looked after by the family, it was a different way life, they went to a workingmen’s club. My family never went to a club or pub.  What did upset me was they did not let me sleep in my vest and at home I think I had the same vest on all week. I thought it was great I had a lovely time up there I stayed there for six weeks.

When I got home I think that was probably when I realised what had happened. There was nothing indoors, we had lost everything. My piano had gone and that never came back. I don’t know whether it was broken and they could not afford to have it repaired or they used that as a good reason to get rid of it. I don’t know but it had gone. No rugs, toys, my tap shoes and ballet shoes all gone. We never got them back, it was not just a matter of going out and replacing them, there was nothing. 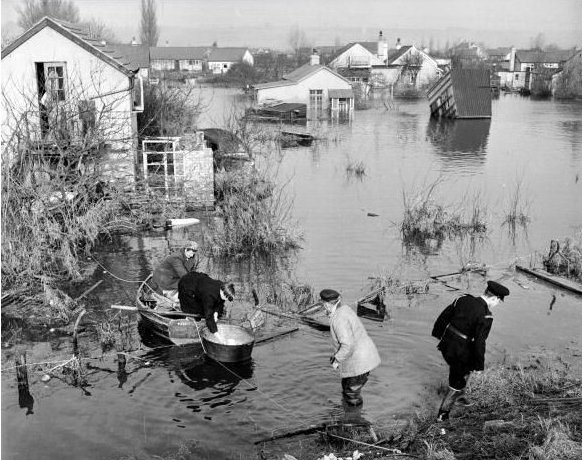 Some of the devastation

Then we would go to school and there were the odd couple of places in our class where sadly a couple of boys had drowned. Then you had all the bits and pieces that people had donated so we went into the hall and there were just loads and loads of toys. We were just allowed to take a toy and that was really all we had. I remember having a party but I have got a feeling that was probably the Queen’s Coronation. When I came back to Canvey there was no water about but there was a lot of sludge and people would be drying their things out in the gardens.