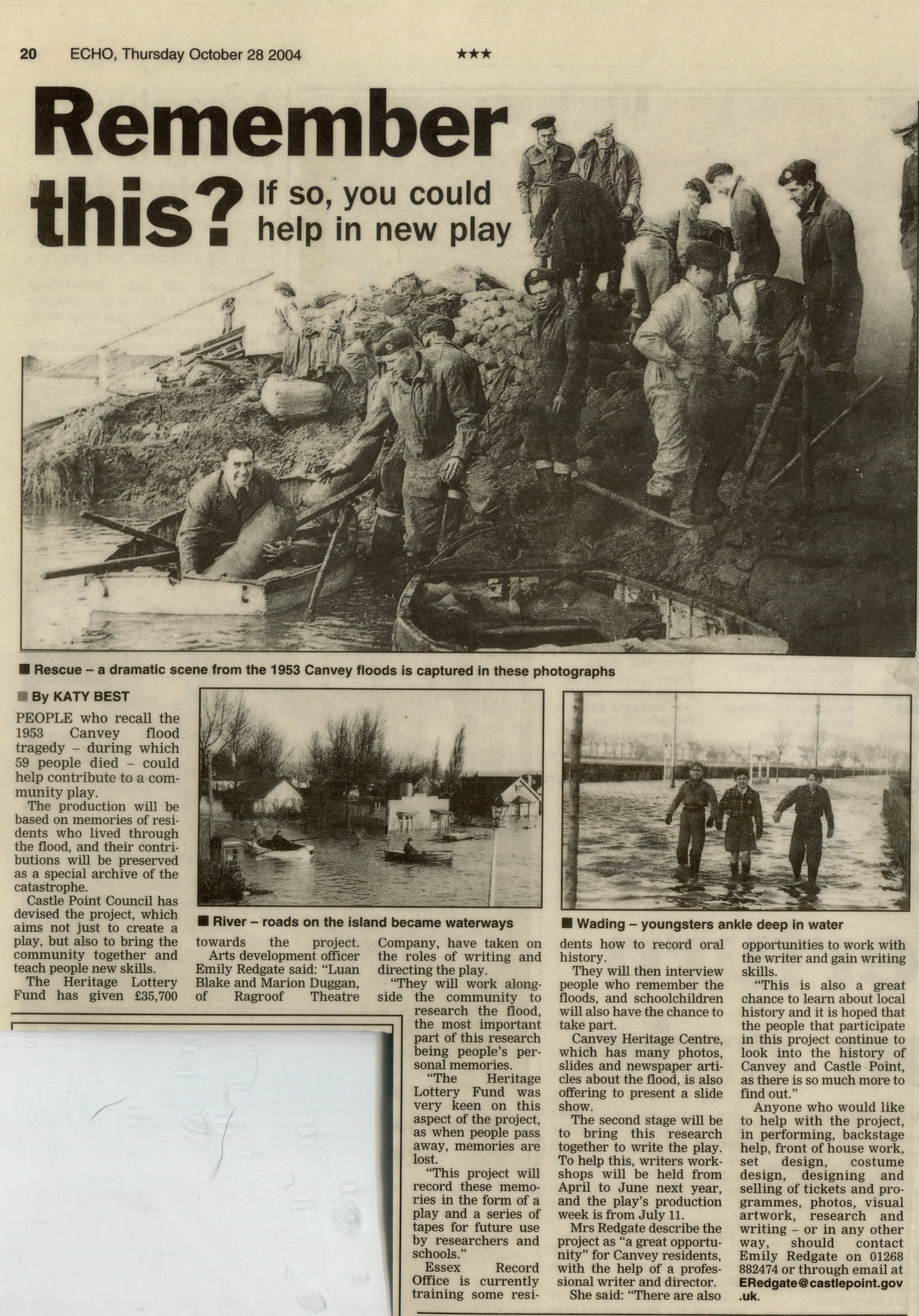 If so you could help in a new play. By Katy Best

People who recall the 1953 Canvey flood tragedy – during which 59 people died – could help contribute to a com­munity play.

The production will be based on memories of resi­dents who lived through the flood, and their contri­butions will be preserved as a special archive of the catastrophe.

Castle Point Council has devised the project, which aims not just to create a play, but also to bring the community together and teach people new skills.

The Heritage Lottery Fund has given £35,700 towards the project.

Arts development officer Emily Redgate said: “Luan Blake and Marion Duggan, of Ragroof Theatre Company, have taken on the roles of writing and directing the play.

“They will work along­side the community to research the flood, the most important part of this research being people’s per­sonal memories.

“The Heritage Lottery Fund was very keen on this aspect of the project, as when people pass away, memories are lost.

“This project will record these memo­ries in the form of a play and a series of tapes for future use by researchers and schools.”

Essex Record Office is currently training some residents how to record oral history.

They will then interview people who remember the floods, and schoolchildren will also have the chance to take part.

Canvey Heritage Centre, which has many photos, slides and newspaper arti­cles about the flood, is also offering to present a slide show.

The second stage will be to bring this research together to write the play. To help this, writers work­shops will be held from April to June next year, and the play’s production week is from July 11.

Mrs Redgate described the project as “a great opportu­nity” for Canvey residents, with the help of a profes­sional writer and director.

She said: “There are also opportunities to work with the writer and gain writing skills.

“This is also a great chance to learn about local history and it is hoped that the people that participate in this project continue to look into the history of Canvey and Castle Point, as there is so much more to find out.”