Including the setting up of the Bus Museum and a photo medley of 60s Canvey. 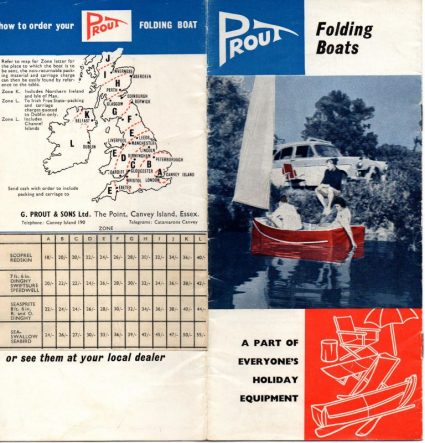 I had married Keith in 1967 and become a boat-builders apprentice, helping in the yard and the office. Then along came daughter Wendy, but I still helped out.Keith had always had a passion for transport and we joined the East Anglia Transport Museum, spending some 22 years driving back and forth to Lowestoft. Helping restore trams, trolleybuses and laying the track work. We eventually had a little caravan on the site (which has been restored and is now a Museum exhibit) That makes me feel old. We were also very involved with the restoration of the Glasgow tram 1245 which Keith had re-gauged to fit the standard gauge at the Museum. Not an easy accomplishment and a big achievement with no access to engineering equipment. Eventually we realised we could no longer afford to keep travelling to Lowestoft. Our business Sea-King Boatbuilders took up much of our time, his father had passed away and we had his mother to look after, so we joined the Canvev Island Transport Museum (also known as the Castle Point Transport Museum just down the road in the old Bus garage). We already knew many members having taken our bus the Osbornes RT (which we bought in 1972) to many of their rallies over the years. We therefore brought our bus to the museum and later our Maudslay lorry (circa 1953) all on display at the Museum. It was not long before we were coerced into joining the committee and so we helped to run it and started the process of turning it into a Museum rather than a place to store member’s vehicles. It’s taken time and a great deal of work but we are getting there. There is still plenty to do as the building built in 1934 is showing signs of her age. Girders have had to be strengthened and some renewed. Recently we had had the wall on the west side by the school re-rendered and painted hoping it will last the next 25 years. We have now had the East side painted.

Keith had a special interest in Trams and had over the years built several models and a layout to run them on, they are 3/4″ to the foot. We have often had our dinner on the layout whilst it was being cobbled or something. We have an 8 track railway in the Museum which is constantly being up dated by Keith and his two helpers. We even have an underground. There is talk of a docklands train, but wait and see. We also show our Tramway at Garons for the Shoeburyness Club, but I digress.

First a little bit of early Canvey Island having been “discovered” by Fredrick Hester of monorail and Tramway history and despite Hester’s financial collapse he did put Canvey on the map. When war ended in 1918 anyone with an old cab, landau or truck would ferry people to and from the station to the beach. It did not matter how decrepit it was so long as it met the train or ferry. By 1921 the population reached 1795 and was still growing so the need for some regular conveyance across the island was needed. When few possessed a motor car the service from Benfleet station played an important part in people’s lives. Prior to 1931 when all manner of vehicle had been used by all and sundry and with no hope of enforcing controls, lawlessness and disputes resulted. Eventually the remaining fifteen operators formed a private company which acquired an amazing assortment of vehicles but, before long they sold their shares to the Bridge family. Canvey buses with their own characteristics continued to be privately owned until 1951 when the sale to the British Transport Commission resulted in Nationalisation. The building was taken over by the Military including the Americans prior to the build -up for the invasion of Normandy. The REMY were also housed in the depot presumably to man and maintain the big guns on the sea wall behind the Museum.

The original depot was built for Canvey and District Motor Services in 1934 to be taken over by Westcliff-on-Sea and later swallowed up by the Eastern National Company. Many of the vehicles are EN started by the Eastern National Preservation Society who quite wisely bought the depot when EN finally closed in 1978. They then formed the Castle Point Transport Museum Society in order to get charity status and not just be a bus club. The building is a collector’s item in itself being of art deco design on the front elevation. The Museum opened its doors to the public but work was needed on the building in order to make it more interesting and a pleasure to visit. The membership grew and some of the older vehicles were sold on. Most of the vehicles in the Museum are privately owned and pay rent for storage and in return become our display and represent us when visiting other Museums Rallies on our behalf. The Museum actually owns 5 vehicles and we aim to get them in a presentable state, preferably running. But they are old vehicles and parts are becoming scarce and we sometimes have to make our own. We have recently with encouragement from the Canvey Archive and other Canvev people acquired the LCC Trailer Tramcar body, which had been on the Island possibly since 1928/30 as a summer residence in Zelham Drive. It ended up in Chapman Road and, thanks to the builders Bob Prettit and Company, were able to move it to the museum. Not without some resistance I might add, as it was not a BUS. But it is part of Canvev’s history and as such deserves to be saved. We hope to be able to get some funding to bring it back to life. We are totally dependent on the rents paid, and the income brought in on our two special Open Days, the rest of the time we hope visitors having enjoyed their visit will drop a donation in the box. The Museum still requires a lot of work the building is not the only consideration. We have stacks of transport items that need to be recorded on computer and a library with many Transport Books, as well as uniforms, tickets, ticket machines the list is endless. There is always mechanical work needed and painting and of course tea making. So if anyone is interested I have some membership forms. We are open from April to October. In October we hold our main event. We run a free bus service from the Labworth car park to the museum, where we have assorted stalls inside, and some 300 to 400 cars and static engines next door in the school grounds. This may be curtailed and we are still waiting for news from the school.

We endeavour to help any local project if we can. We ran vehicles for the Archive Event, a bus for Dr Feelgood’s annual trip round the Island and several school events.

We enter the Town Councils Gardens in Bloom, Castle Point Show, Canvev Carnival, Southend Carnival and have helped out the Tramway Shelter project on the seafront at Southend. We shall this year (2018) be running some vehicles for the 400th anniversary of the Dutch Cottage.

Visitors can see the full range of restoration work underway from the semi-derelict to the pristine showroom state. Many of the buses are from the locality Eastern National, Southend-on-Sea Corporation and London Transport are well represented. Other examples from Blackpool, Stoke and Ipswich and a very rare GPQ Maudslay Box Van is among the commercial vehicles which also include local fire engines and equipment. The Museum has come a long way especially since our inclusion on the www. The Society aims to develop a working transport museum and special arrangements are made for visits from schools, U3A groups, ladies guilds etc. In addition to the regular public open days.

We have done much to improve the safety and appearance of the Museum. We have installed invalid toilets and baby changing facilities, a new ladies toilet block (there was only one toilet for the clippies). We have re-vamped the shop and have quite a good display of buses and model cars for the children’s pocket money. We have new display rooms funded by the Essex Initiative Fund that enables us to display more of the extensive collection of transport memorabilia. We also have on display vintage typewriters, telephones, sewing machines and a comptometer. Our Nostalgia Window holds wartime gas masks marmite cubes, and such things as washing boards and sunlight soap that granny used to use. It is a great talking point for visitors. As well as an assortment of vintage tins and bottles some unearthed locally, Howards dairies and Harringtons beer of Southend. We have a large selection of Hornby ‘O’ gauge tin plate trains and Triang ‘OO’ early 50s which was all on display at our last Railway Show. Our Marine heritage is not forgotten with several model boats including the famous Thames Barge which plied the river and used to come into Small Gains creek with timber etc. for Canvey Supply. We have a 60 seater tea rooms upstairs with views of the Benfleet Downs and Hadleigh Castle. An 8 track Model Railway with modern and vintage stock operates every open day and includes a tramway and underground section. Our Library has an extensive collection of early transport books and manuals together with a vast collection of local and countrywide vehicle annuals. It is hoped when we are able to catalogue these items the public will be able to visit and research their chosen subject.

Our aim is to display many of the interesting old tools and machines we have, together with the bicycles and street furniture we have in store. We have to remember that these vehicles were only used for stop and start and not for very long journeys. We do visit Chatham, Orsett and London and our open toppers are always popular with Carnival queens and dignitaries. Sadly we do not have one on the road at this time due to mechanical work and extensive body work which must be undertaken. Also we need more helpers with this side of the museum operation.

It never fails to surprise us that people living on the island do not know they have a Transport Museum on the island.

Our aim is to collect, restore and preserve transport related items and to display as much as possible. Expand the knowledge of the history of the building and the collection housed within to the wider community through participation in education and wider access schemes. Encourage the local community to be aware of their transport heritage and to record and collate both oral and written transport related reminiscences. We support the local community by participation in local events, provide community space within the Museum (we hold most of the photographs and memorabilia for Furtherwick Park School), and eventually provide facilities for specialists reference to archive material.

The overall cost of keeping the Museum open is daunting. Our major funding comes from vehicle rents and our Open Day in October. We have had some grants from the Town Council which enabled us to purchase a photo copier and seats for our tea rooms, we received a cheque from the carnival committee for our funds. We hope to try for funding for a lift of some type for our disadvantaged visitors to access the railway and tea room. We are also on the lookout for new members so if you are at a loose end one Sunday why not come along and see what we have to offer. 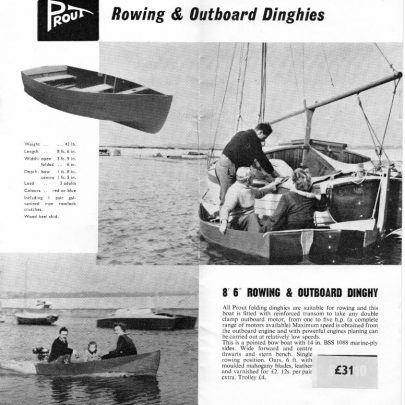 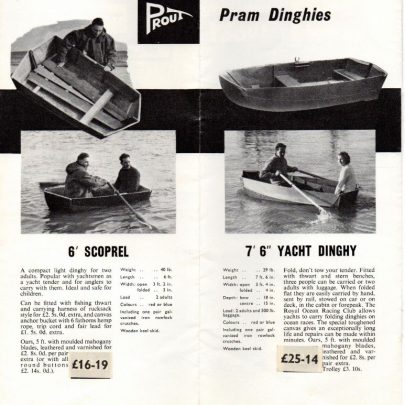 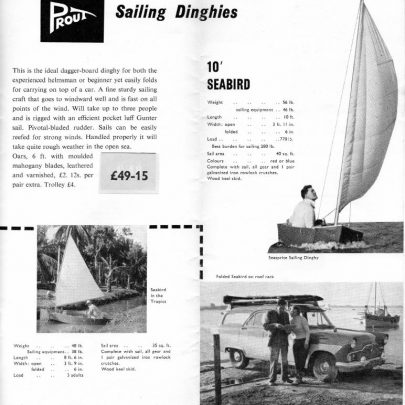 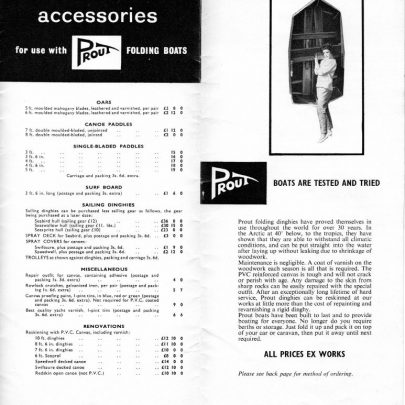 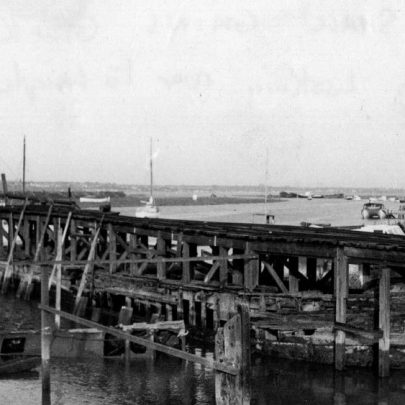 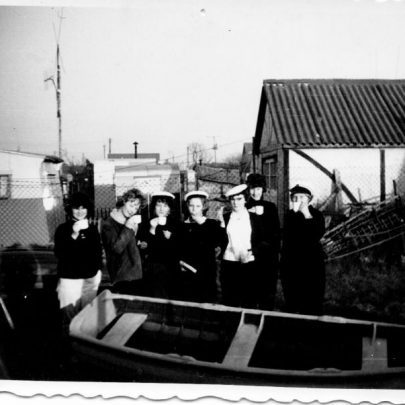 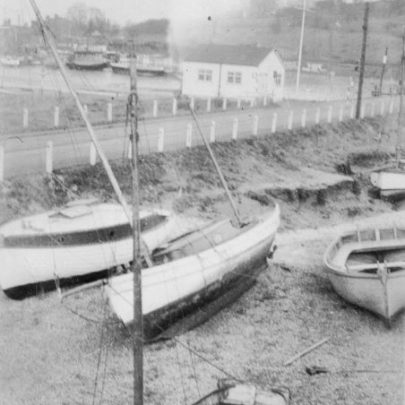 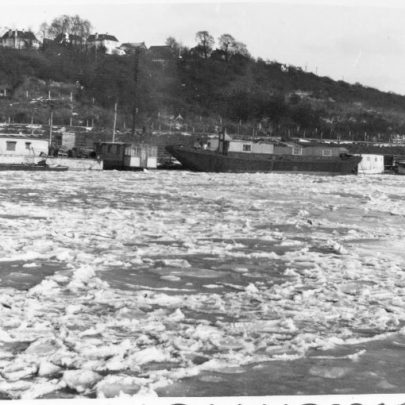 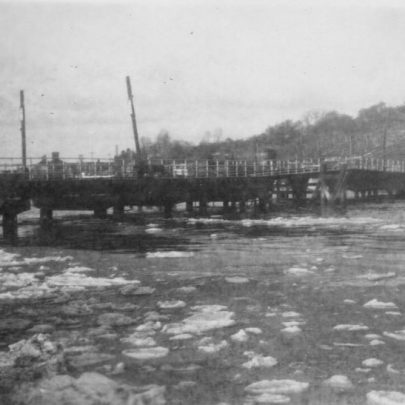 13 1947 Canvey bridge with a frozen creek below.
Marian Patten 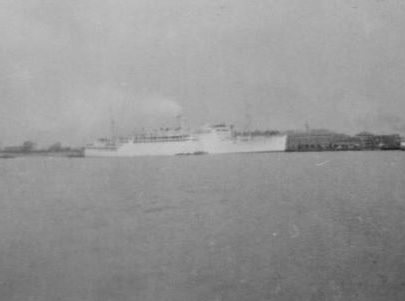 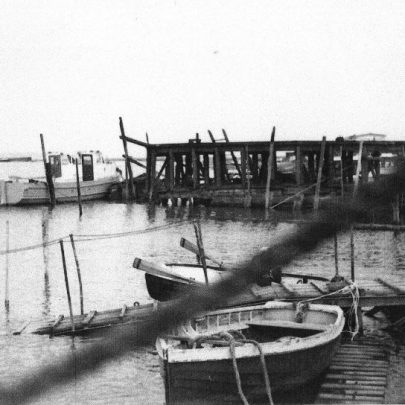 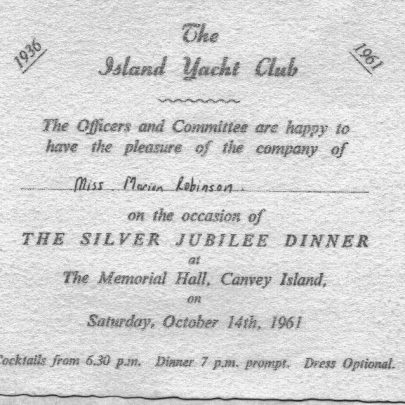 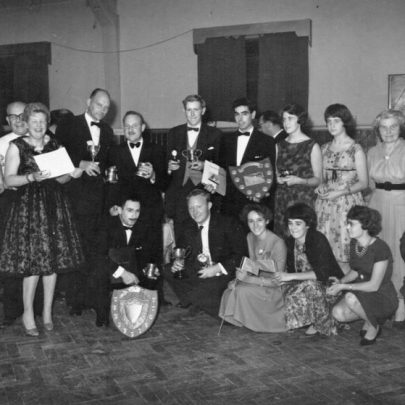 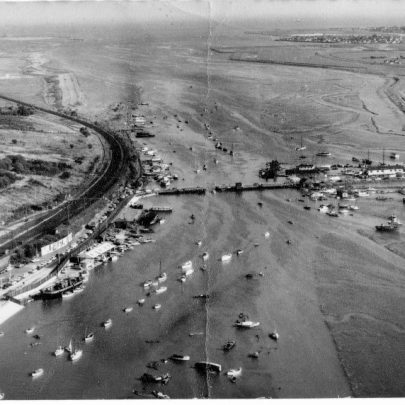 35 Benfleet Creek with the bridge to Canvey.
Marian Patten 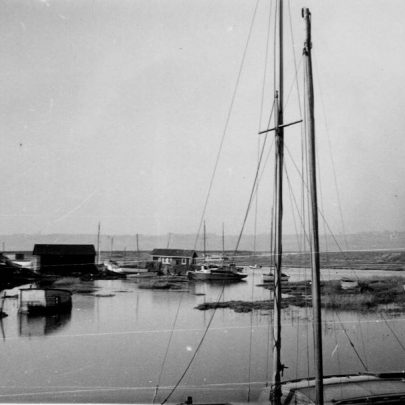 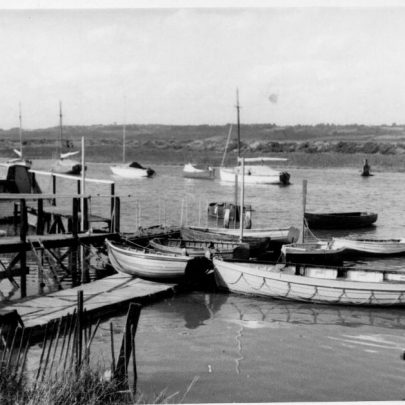 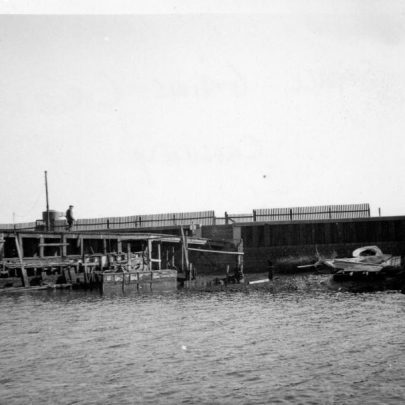 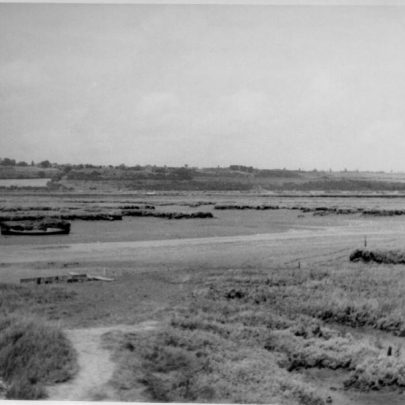 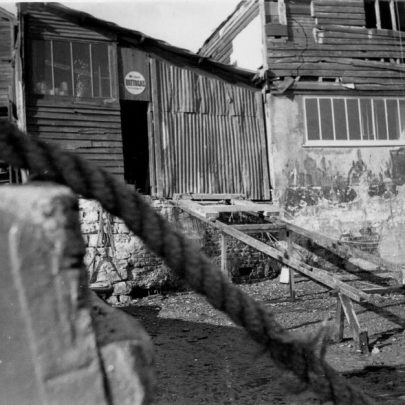 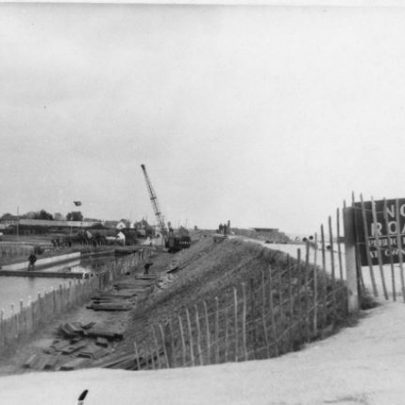 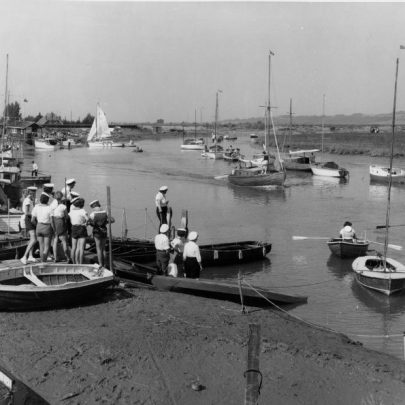