A shopping basket full of memories of Leigh Beck (part 3)

The Commodore to Clement's Dairies

Crossing the High Street/Point Road from the Jellicoe, across what must have been , in the past, the Bus terminus (I believe an early name for the Jellicoe was the Terminus Hotel) we must make a slight detour in an easterly direction to the field which now is the site of Leigh Beck School. In the early 50’s this field was grazed by two beautiful horses, a bay shire and a black Suffolk punch. Their job was to pull the coal carts for MacHayes Coalyard opposite on the corner of Point Road and Corsel Road.

Now back to the Commodore Café. Childhood memories of the Commodore seem to have a seasonal division, in the summer the doors were wide open and there was the music from the Juke-box and that special pleasant seaside smell of ice-cream, candyfloss and coffee wafting out. Also that free-standing triangular stand with all the comic saucy postcards was outside. (almost as much education there as we got at Leigh Beck!) In the winter, it often seemed to be at the Commodore, on the way to school, you felt the full force of that bitter east wind biting into your face. Or, on the days of the 50’s pea-souper fogs it was at this point you seemed to step into a void surrounded by the continuous clanging of the Chapman Lighthouse bell and the moaning and wailing of ships sirens until you reach the school gates. 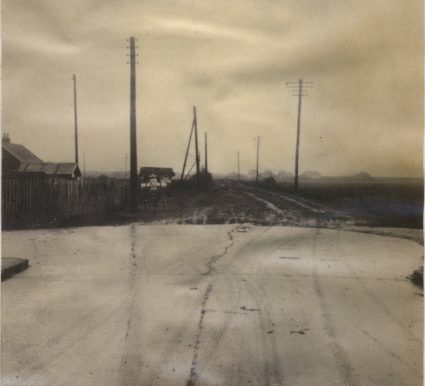 The Bus Terminus in the 1920s. Point Rd is just a very muddy track heading towards Canvey Supply.

Going into the Commodore to buy sweets or ice-cream was sometimes a bit intimidating for me as a 10-12 year old. I wanted to stay and listen to the music on the Juke-box but often there was quite a few older people in there, dressed in Teddy Boy suits, smoking and drinking coffee and having a laugh. This was the time when it was run by the Colognaris, Roger seemed a bit grumpy, but I was glad to read Maureen Buckmaster’s (a.k.a Wamburg) story about them on the forum. After the Colognaris left I think the café was closed for sometime and then Derek Harding took it on in the mid 60’s. He did well for a couple of years and had some success reopening the Fish and Chip Bar (on Seaview Road side) but I think the maintenance of the building, particularly the roof, forced him to close. Once again the building was empty for a time, then, Dave,who later started the Seaview Mini-Market, opened it up as a Furniture Store, and then it became the Seaview Mini-Market in the late 70s to early 80’s. I’ve only just learned that Dave sold the premises about 10 years ago. The latest addition (just finished) are the two shops built on the site of the old sewerage pumping station, quite an excavation involved there! I don’t think they could have found any remnants of Hester’s Mono-Rail! This is the place where it possibly headed south to its eventual destination at the jetty. 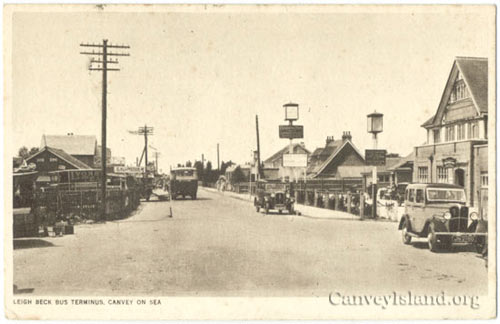 On the opposite corner of Seaview Road was the Newsagents, Tobacconist and Sweet shop which in early post war years was ‘Cuthberts’. Mrs Cuthbert used to live at ‘Villa Gennari’ at the seafront end of Lottem Road and used to breed Chow dogs which were kept in big pens in the garden. I think she ran the shop with the assistance of her son. After the Cuthberts, Old Beale took over, probably c1950. Not a top man for customer service was Old Beale, particularly on cold winter mornings, taking the cash and pushing the merchandise through the little cubby hole window with an occasional grunt. I remember that towards the end of Beales sojourn (must have been early 70s) Joan Freeman, the Cat Lady and her mother the Spider Lady were living in an old Caravan which seemed to be wedged between Seaview Road and the side of the building. After Beales departure I think it was taken over by an elderly lady, but not for very long. The next owners were the Berwicks, Mrs Berwick and her entrepreneurial son Bob Berwick. They made quite a few changes adding grocery to the stock and I think it was at this time they had the little step down area at the back with cheap 45 records and some videos. Eventually Bob changed it into the Video Shop which was what it remained until it was pulled down and a house was built in the big hole where it once stood. (mid 80’s?) 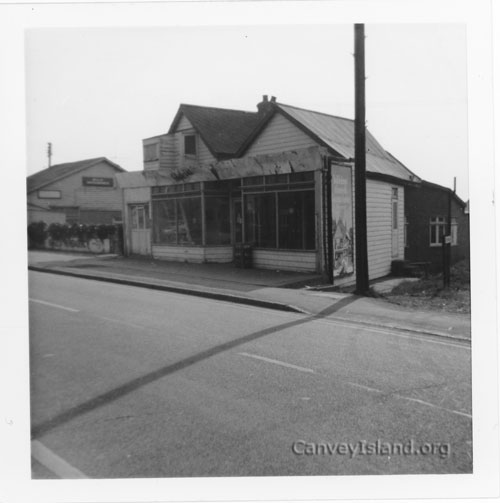 A dilapidated Clement’s Dairies,clear view of Beale’s to the left.

Clements Dairies on the corner of Station Road was the next shop along, after the Beales. This was as its name suggests a proper ‘old fashioned’ Grocery Store and was run by the Aunt from the Colognari family and the whole family lived on the premises. This was an important shop during the pre-war years (see here ‘Within Living Memory’ for more details of the area) and survived until the late 60’s. Mrs Petty, who lived in Gafzelle Drive worked there for a long time and I remember her son, David, was so tall that when painting the side of the building he was able to paint almost to the eves just using a short step-ladder. 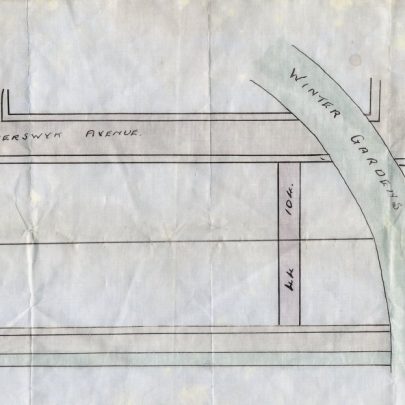 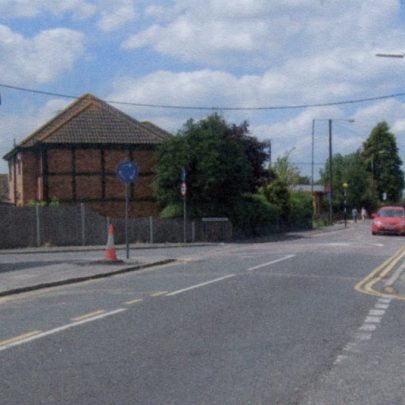 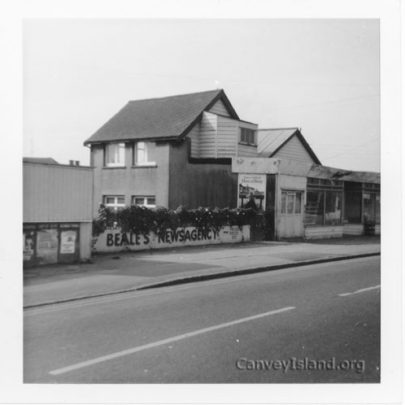 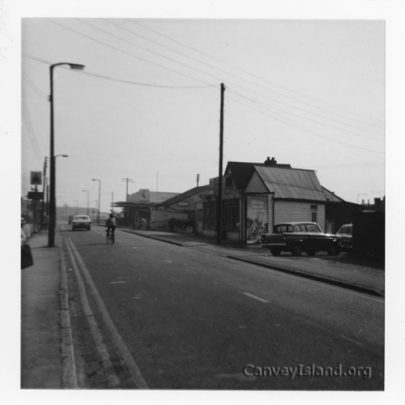 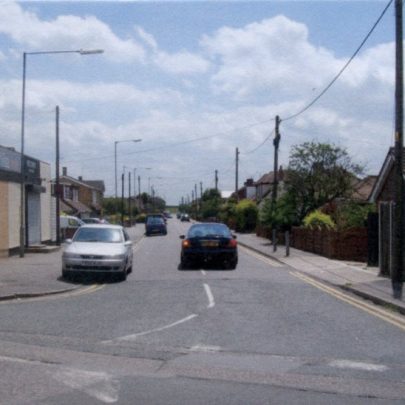 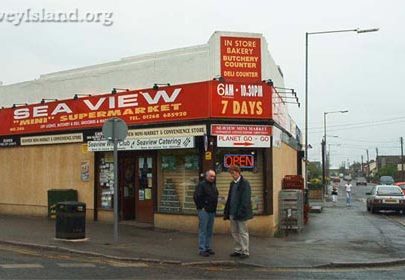 A couple of shady-looking characters outside Seaview Mini-Market a few years ago.
D.Bullock. 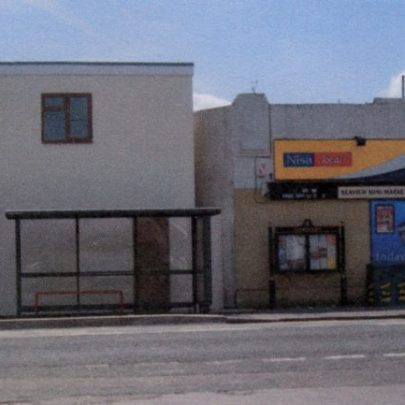