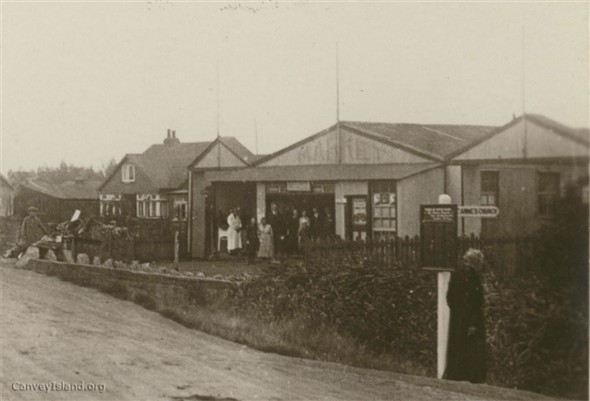 Kismet Cottage and the garages are seen on the left possibly at the time of the photo still being used for their original purpose.

Really to complete this tour along the High St just 3 buildings remain. At the top of Gafzelle Drive (W. side a line of ramshackle buildings ran down from the High St, they were erected as far back as 1910 as garages for the cars of the wealthy Levi family who owned ‘Kismet’ a villa at the sea-front end of Weel Rd (now Kismet Park). This was obviously the best access to the London Rd/HighSt/Benfleet Approach (take your pick) and part of the same development would be the well constructed, brick-built chauffer’s accomodation ‘Kismet Cottage.’ 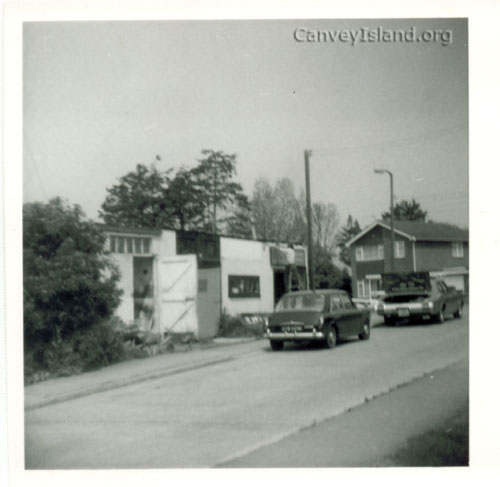 I don’t know when the Stevens family acquired this site, I only know my Grandad owned it when we were children. The garages were used by many small firms over the years. In the 50s, my Uncle Ray started his car repairs there, then it was Todds’ the sign-writers, Billy Wells had a stint there, with boys chopping kindling firewood and paraffin deliveries, Tony Frost was in charge. Brian Cripps had one for car repairs and finally there was a firm of carpenters and staircase makers (name eludes me) who became part of the Halcon Organisation and moved to Charfleets. One of these garages was the final resting place on Canvey of Gpa Stevens well-known old Wolseley car. When we moved to Gafzelle Dve in 1947, Kismet Cottage was the home of the Wright family, Billy, Bert, May-may and Tom-Tom were all childhood playmates. When the Wrights moved to North Ave, my Uncle Ray, who then owned the property, refurbished it and lived there with his family for a short time before buying Marine Garage and moving to Leigh Rd. 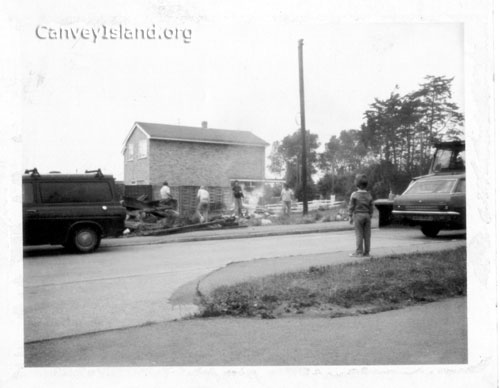 The last occupants of Kismet Cottage (from the late 50s to 1970) were my Dad’s cousin, Ethel Hall, her husband Eddy (pastrycook at the bakery) and their children, Sheila, Robert and Eileen. Next -door to Kismet Cottage, was ‘Churchside’, a small wooden bungalow, which was probaby purchased by my Great-grandmother Sarah Stevens prior to 1910, for the purpose of holiday lets. In the 50s this was Mrs Mulley’s bungalow mentioned in Robert Hallman’s piece about the artist Paul Smyth. It was from the corner of ‘Churchside’s’ garden that Paul Smyth painted the water-colour which is the icon for this whole series, so really we’re back where we started. All of this site was re- developed as houses in the 1970s by my Uncle Ray Stevens. 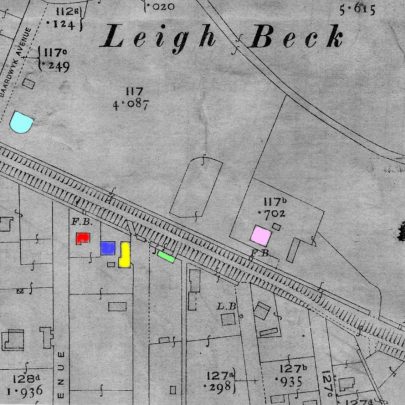 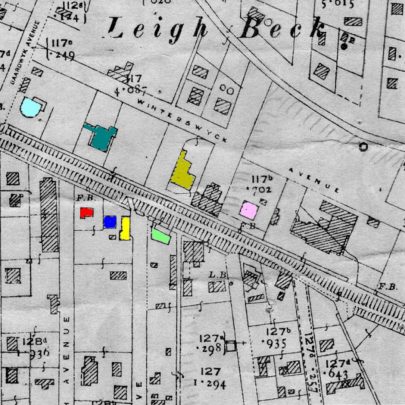