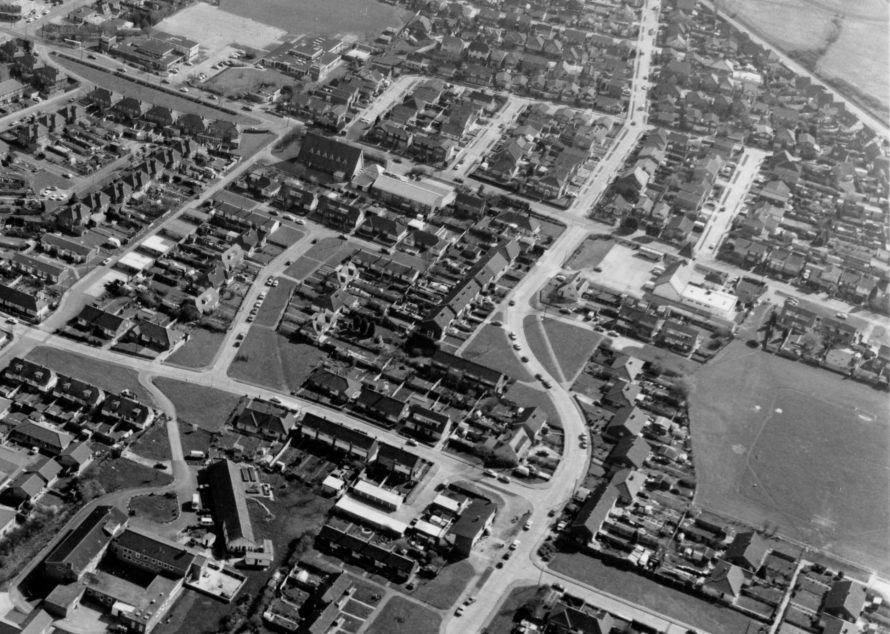 In the second year at William Read, things seemed to get a lot better, for one thing we weren’t the little kids anymore, so didn’t have to walk round on tiptoe to make out we were bigger than we were. No more did we have to line up in the play ground to go into our class rooms first, it also meant that we didn’t get picked on so much, and we knew all our teachers better and some of their ways. (good and bad).

Miss Williams (history), when she  was in a good mood she sit on the front of her desk with her legs crossed in front of the class, I think she knew that this way would get all  us young boys full attention as her skirt would only be 2″ below her knee! (Woooo)

Mr. Vicars, he had a strong accent so at times I think some of us had a job to understand him, but we all knew what Looooook in the boooooook meant, (he was a good teacher).

Mr.Goodfellows was our music teacher, he always wore a dark suit and sometimes a bowtie  and played the piano very loud when he was in a bad mood, I think it was so he didn’t hear us kids talking in class,  (he was a bit of a softy).

Mr. Vincent our woodwork teacher, when he was not too happy he would walk round the carpentry shop banging a piece of wood on the benches (that was scary) but he could also be very kind and understanding if we cut our fingers. (I think he had the top of one of his missing on his right hand!!)

Mr. Eales (slasher) was our English teacher, we would have to write with a nib pen and a inkwell and would have to use blotting paper to dry up the ink we were writing with, he would stand up and sip his cup of tea in front of the class and tell us all how nice it was, some of the boys got upset about it one day and got their own back, he left the class room for a short time – can’t tell you how!! (I wouldn’t have drank it yuk) Mr. Gregory  was our general and gardening teacher, I think all of us got on very well with him,  if we could we would start him talking about the Navy and boats, (I think he was a sailor at some time) and that would be it for the rest of the lesson, (good one!).

Mr. Potter was our science teacher, I never got on too well with  cutting up the poor little mice etc.etc. I remember didn’t like him too much at that time as a science teacher, but he was my class teacher in my last year at school, I then got on very well with him. I remember him showing all us boys under the bonnet of his car one day, I don’t think it went very well after that !!!!!!!!.

Mr. Free was our p.e. and sports teacher, when we had p.e. we  would have to put on our plimpsoles, and sometimes he would  take us boys on a 100 mile  (seemed like it) marathon down to the Northwick corner and back, he couldn’t work out how some of the boys got back before him – they caught the bus!! (Kenny F. Barry W. and Terry H.) I wonder if they ever tell their grandchildren about it!! He would also take us for soccer training over the school’s  playing field at the back of the Catholic Church and White’s farm, all the school’s football matches were played there as well as all the school sports, that was before the field behind school was used as a playing field (at one time there were cows on it!!!).

This might be a little boring for those people that did not attend William Reed school when these teachers were teaching there, but I’m sure we all can remember some of the good times and the bad times we had at school. I bet there would be a lot of us that would love to be back at school again in them times and be that age again but know what we know now!!!