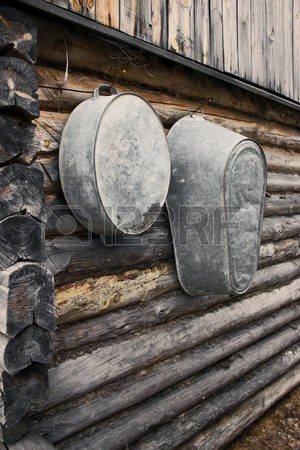 In the winter of 1949 it was very cold and there was a lot of snow and ice, but the thing I hated most was the freezing fog that started about late October and got worse in November, some times  when the smoke from the coal fires mixed with the fog it was called smog and you couldn’t see any more than two to three feet in front, for little kids it was scary, especially when you heard the fog horns from the ships on the River Thames, they seemed to go on day and night and some were louder than others. Back in those days the river was very busy as many of the ships were going up to the London and Tilbury docks.

It was also terrifying trying to cross the High St in the fog  with your mum hanging onto your hands until your fingers turned white, that was on a good day when the buses could travel at 5 miles hour when the fog was not too bad!! You could hear the buses and cars but you couldn’t tell our far  away they were.

The  bungalow we lived in was built of asbestos and had a tin roof so it was very cold through the winter months we had to keep the paraffin heater on all the time to stop the windows and walls from icing over inside the house.

Many of the homes on Canvey in those days were built the same wa , as many of them started off as holiday homes. In the early 1900s people would come down from London to spend the summer months by the seaside and the open spaces of Canvey, many of the homes would have  been used in the summer only, as time went by they became all year round homes as it was a great place to live and many Londoners made it their permanent home, like my grandparents. My Mum’s parents lived in 2 Leigh Rd and my Dad’s in 8 Marine Approach.

Well that was the year my Mum and Dad must have thought that they had won the lottery or the next best thing as they had been given the keys to a council house – 54 North Avenue, which was then in the middle of a field!!  as the builders stopped building at our block and started back up at the top by Thameside Crescent at one North Ave.

In a way it was sad to leave our little bungalow Fressingfield,  as kids you seem only to remember the good things, like the gooseberry bush my Mum said I was born under, the chickens my sister Sylvia would dress up in her dolls clothes and push round the garden in her dolls pram,  the fruit trees that had so much fruit on (I think it was something to do with the holes my Mum dug and emptied the buckets into years earlier!) and the fish that were in the rain water tank, that I caught in the dyke that ran through our garden, I think they were sticklebacks. There were many dykes all over Canvey for draining off the rain water into the sea, but as kids we had a lot fun catching sticklebacks and newts in them and keeping them in jam jars, to our mothers horror! Through the winter months the dykes froze over and we would slide along them on the ice – with great care!

Swimming over the creek just at the bottom of our road where my Dad taught me to swim and where we spent a lot of our time in the summer months playing on the saltings and catching crabs.

Well the day came to say goodbye and move to the biggest house I had ever been in! it had two toilets, one upstairs and one down and all you had to do was pull the chain and that was it, no more holes in the garden! It also had a real bath, not a tin one like we had in the old house this one had hot and cold water, no more would my Mum have to  boil up the old copper for us to have a bath. I just could not believe we had a upstairs, the only time I could remember going upstairs was on a bus!! And if I thought that was good, there was more to come, I had my own bedroom just above the stairs, no more sharing a bedroom with my sister, she had her own room at the back of the house, my Mum and Dad’s was the big bedroom in the front next to mine. Down the stairs was a big front room, at the back was the dining room and kitchen, wow!!! Out in the back yard we had the other toilet, my Dad had a big shed and we also had a coal shed – what a palace, and now I was also a council house kid.