Looking for her Nan, Mabel Lewis

Audrey first contacted the Archive to buy some of our booklets. She asked if we had some pictures of the area around her Nan and Grandad’s home ‘Goodmayes Lodge’ which was near the Haystack. 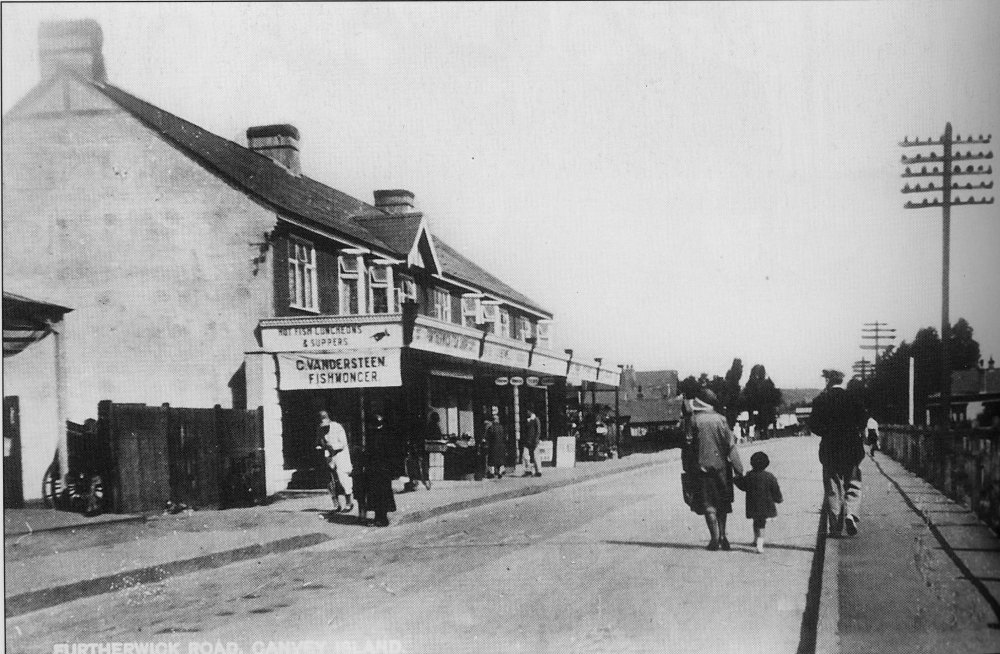 “I spent every holiday on Canvey as a child, staying with my Nan and Grandpa in Long Road, at their bungalow called Goodmayes Lodge. At least that is the road name that trips out of memory. I walked down to The Haystack, not far, and round the corner to some shops. Opposite them was an open space where the fair used to come each summer. I used to wander all over that area as a child, an ‘only’, and down to a bay where I played around some sluices. I would just like to see if I can find out more to reinforce my memories. I was there every year from birth in 1938 to the mid fifties.”

She also mentioned that there was a newspaper picture of her Nan in a boat being rescued from her premises in the 1953 floods and if there was anyway we could find it for her. Having passed on the link to the newspaper cuttings on Dave’s old site I was pleased to get this message:

“I’ve just found it, the photo of my nan –  it is as I remember the photo and definitely looks like the side of Goodmayes Lodge. It also looks like my nan at the time, though it is not in good focus. But the face shape, and the dark hat and coat I remember, and I remember the photo. She woke up in the night and lay in bed wondering why she had woken. Looked around and saw reflection on the floor, of a light or the moon, don’t know what. Was really puzzled – had the mirror fallen on the floor somehow? Just could not think what it was, so put her legs over the side of the bed, to get out and look. Straight into cold water, just inches below her bedclothes. A shock! I remember her beds, quite high for me to climb into when I was tiny. None of us had phones, so it was a while before we spoke to her. My mother told me what had happened to her, and of course I was very intrigued to think she had been rowed down the garden path instead of walking down it! Later I heard all about it from her, and saw the damage that had been done to the trees with the salt water. I don’t remember thinking about the damage to the house. The following summer was when she showed me the photo in the paper, but she had only the one copy. I remember I was quite disappointed that I couldn’t show it to my friends at the time. I was 14 years old by then.” 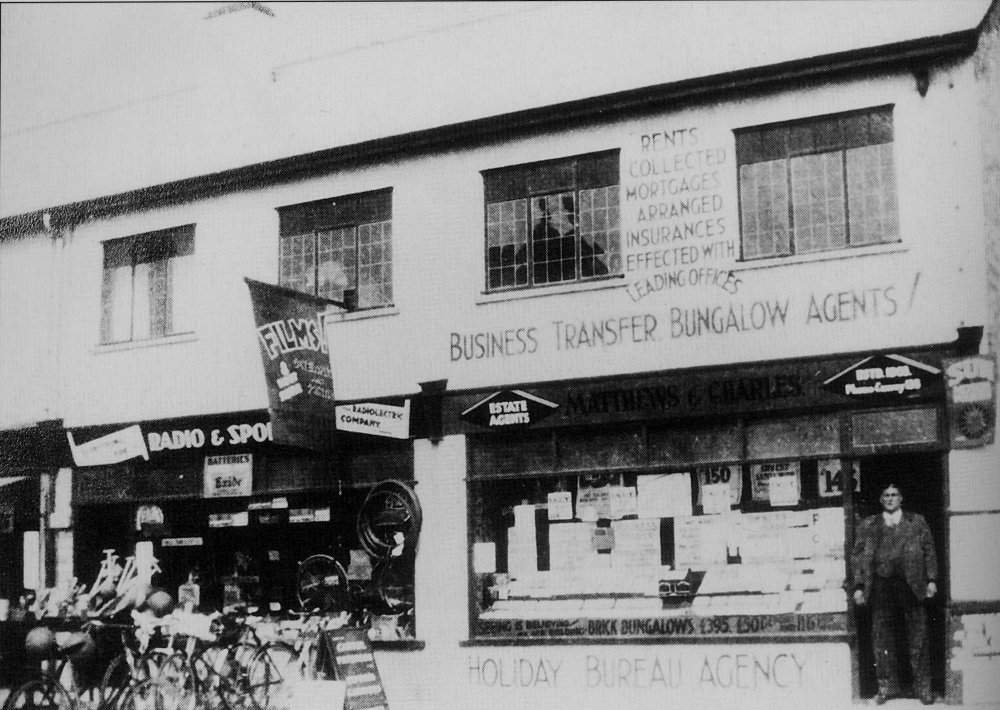 “Anyway, I am so glad I found this website! Thanks for your help.

Pleased we were able to help Audrey

You can read Audrey’s memories of Canvey here