First published in a local magazine in 1997 this is a lovely story of part of the island we do not hear a lot about…..

I am now seventy years old. I migrated to Australia over thirty years ago and now live in a lovely seaside suburb of Adelaide.

I lived on Canvey for 25 years, including the war years, during which I served in the Submarine Service of the Royal Navy.

Both my children were born on Canvey. One each side of the 1953 floods, when we were evacuated to Westcliff. I still have a sister and nephew liv­ing on the Island and I still cherish the memories of my early days there.

This is his story…. 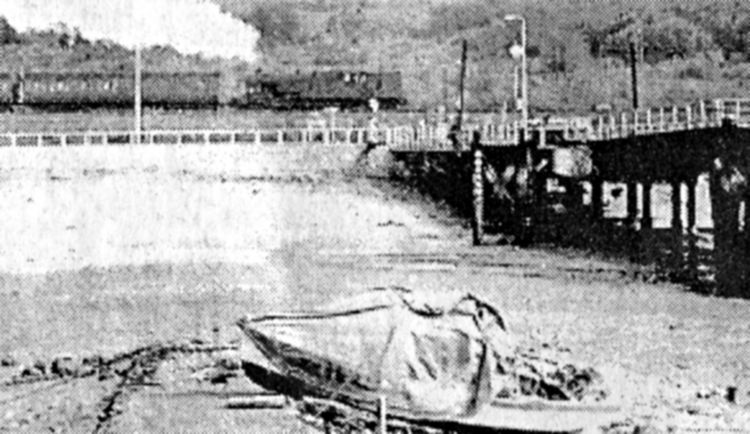 It is August 1936. My name is Reg Wright and I am ten years old. I used to live in London but we moved to Canvey three years ago. Today is one of the rare occasions since we moved here that I have been off the Island. Mum took me to Southend with her to do some shop­ping. On our return, we got off the train at Benfleet station, walked over the level crossing and down the road to the bus for Canvey.

As soon as all the train pas­sengers were on the bus it pulled away, but only for about a hun­dred yards because the warning bell was ringing and the arm was across the road to stop all traffic.

You see, the road bridge was being opened because a small sailing-boat was heading along Benfleet Creek to the boat sheds by the station and water traffic has the right of way over road traffic, whatever the size.

Once the boat passed and the bridge was closed again, we were on our way. Over a hump in the road where it crossed the seawall onto the Island. We passed Waterside Farm on our left, then it was all fields for a mile or so until we came to new hous­ing development called “The Dutch Village”. Right up close to the road is a massive sign board proclaiming BUY A FIELDERS BUN­GALOW *** A THOUSAND BUYERS CAN’T BE WRONG. Followed by the information:-Twenty Five Pounds Down and Seven and sixpence a week.

The road carried on around Northwick Corner, past St. Catherine’s church and the Red Cow pub before stopping outside the ironmon­gers, where we got off. Haven road is opposite the Red Cow. It runs to another pub, the Lobster Smack, about a mile away, right up close to the sea wall. 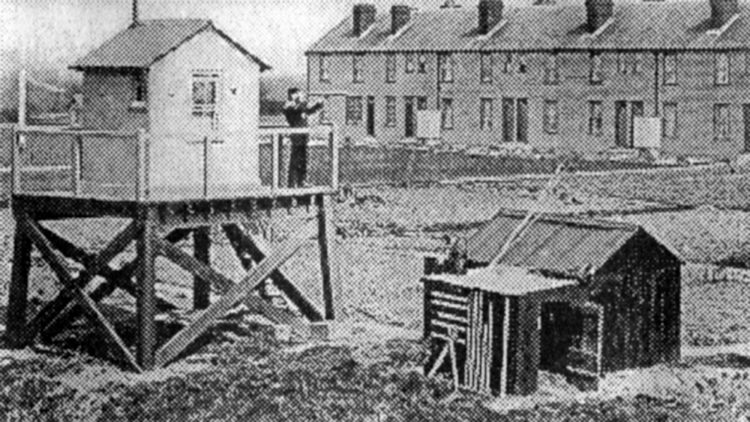 We live in a row of six cottages right opposite the Lobster Smack, which were built many years ago for the local coastguards to live in. The only other property in this corner of the Island is a farm owned by the White family.

As soon as we reached home I was out of my best clothes and into my swimming-trunks, heading for the sea wall.

As I climbed the wooden stairs, alongside a little wooden signal-hut at the front of the pub, I could see dozens of small cabin cruisers and yachts anchored in Hole Haven creek, as well as a few fishing-boats from Leigh. I ran along the top of the sea wall to a flight of wooden steps and landings that run down to the water.

The tide was well out and a long wooden platform at the base of the steps was just above the water level. Several of the kids from the cot­tages and the village were sitting on the steps and a few were swim­ming. I joined those in the water and swam around one of the yachts, before climbing out and joining the others on the jetty. This is a beau­tiful place to live, winter or summer, there is always so much to do and see. Right now out in the estuary there are two large cargo ships following each other to Southend and after that to anywhere in the world. There is a large oil tanker about to berth at the Coryton oil refinery opposite, while a fussy little tug is making hard work of pulling six slow flat barges full of rubbish round to Pitsea dump.

When the tide is low like this I often walk along the bottom of the sea wall at the edge of the water collecting winkles and mussels which Mum cooks for our tea. In the winter after school and at weekends. I collect driftwood along the wall for our fires. We don’t have gas or electricity in the house and coal is too expensive.

It is just over a mile and a half to and from school each day and sometimes in the winter I arrive soaked to the skin. There is no trans­port so we just make the best of it.

Canvey is a lovely place, and our little corner of it is wonderful. I am so glad that Mum moved here when she did. I don’t think I will ever want to leave it.

Courtesy of the Transport Museum