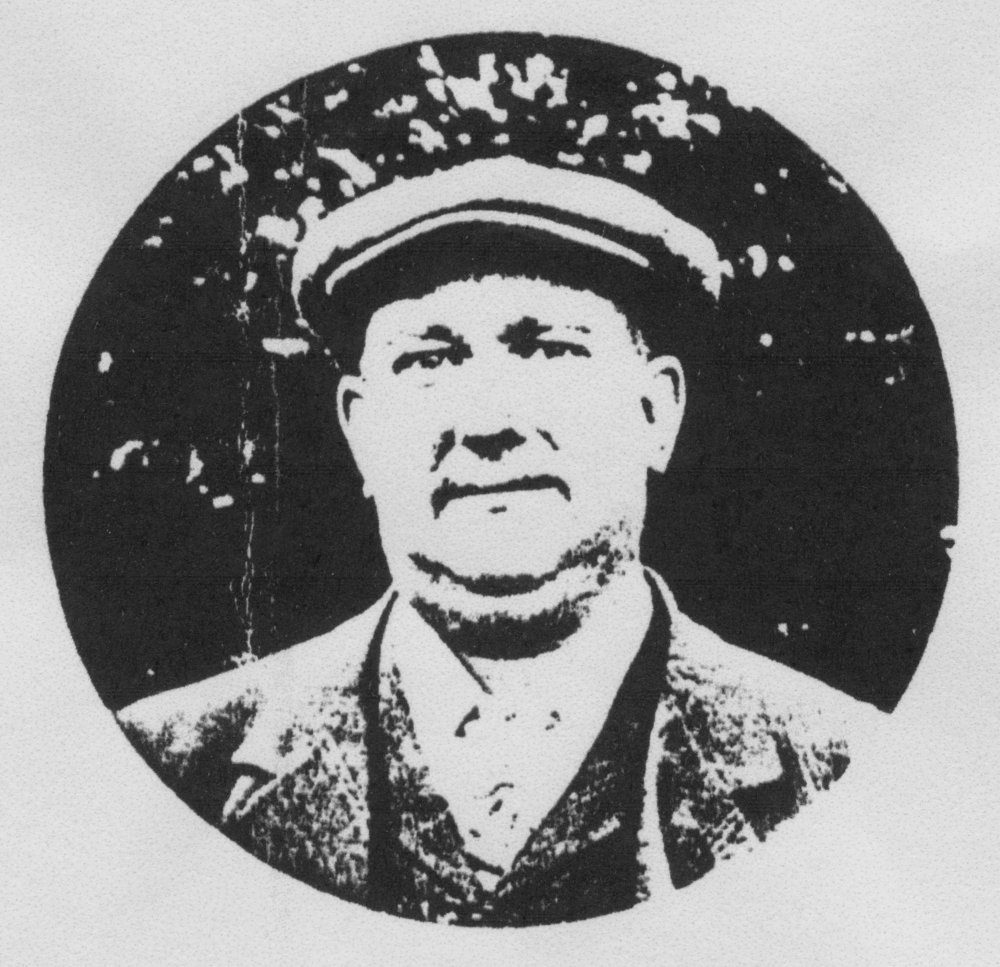 William Yetton’s story starts when he was born in Bethnal Green in 1865. His family had run the Rising Sun Public House in Globe Road since the turn of the century and William took his turn as the last Yetton to be the Licenced Victualler of the Pub. He can be found in the 1911 census living there with his wife, Ada Eliza, and their seven children. He retired about 1913 and it was about this time that he became estranged from his family. William came to stay in their holiday property, Union Jack Caravan, on Canvey Island and his family moved to Forest Gate. According to his grandson, Tony Yetton, it was not known why the family were estranged or indeed why he came to commit suicide, these were family secrets that Tony has never been able to fully understand. The inquest into William’s suicide was published in the Southend Standard in April 1919 and it is from this that Tony has managed to piece together some of the story. From the article we can not only see the events of William’s death and possible causes of his actions but small insights into life on Canvey at the time. 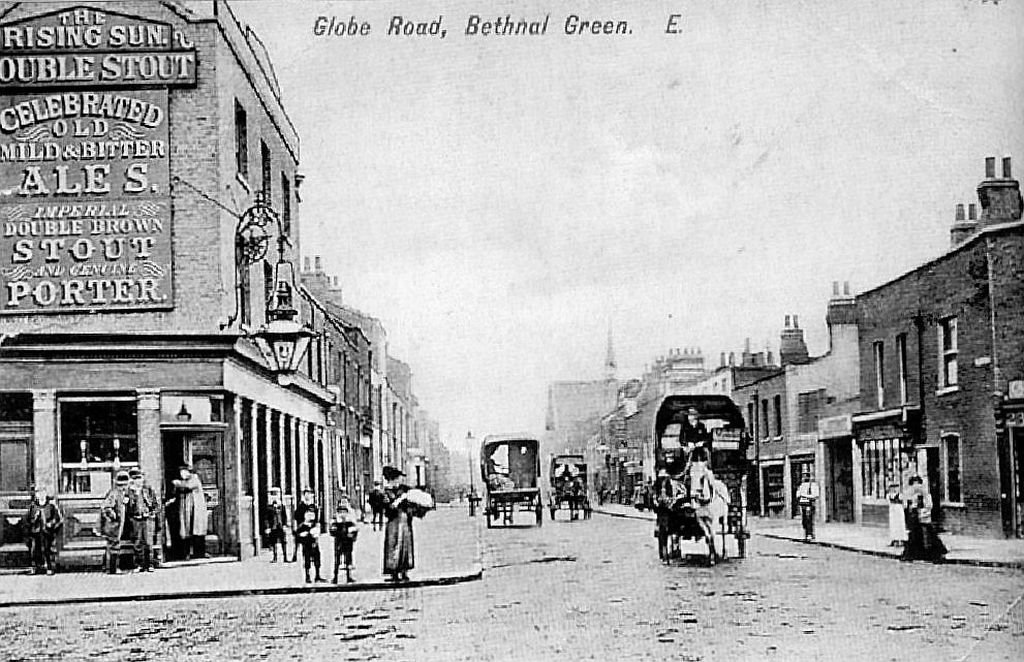 Several witnesses were called including his son William Joseph Yetton of 72 Cramner Road, Forest Gate, who gave evidence of identification and stated he was an accountant. He said his father was 57 years of age and was not living with his wife and had lived on the Island on and off, for over fourteen years. It was also learnt from his son that William had suffered from cancer and was operated on two years prior to his death and was told some ten years before his death that it was incurable. No record was made as to what kind of cancer he was suffering from. William Junior did say that his father was becoming ‘very erratic in behaviour and speech. He had more than once heard him say he would commit suicide, and had even described the way in which he would do it, saying he should shoot himself’.

One interesting part of the dialogue told of the scheme that William was about to embark upon ‘to run a service of motor boats and motor cars’ but this was a large undertaking and William jnr thought it had been a cause of worry to his father being ‘more than one man could undertake’. William jnr also went on to say his father ‘would not accept any help or interference from relatives, and was of a stubborn character’. 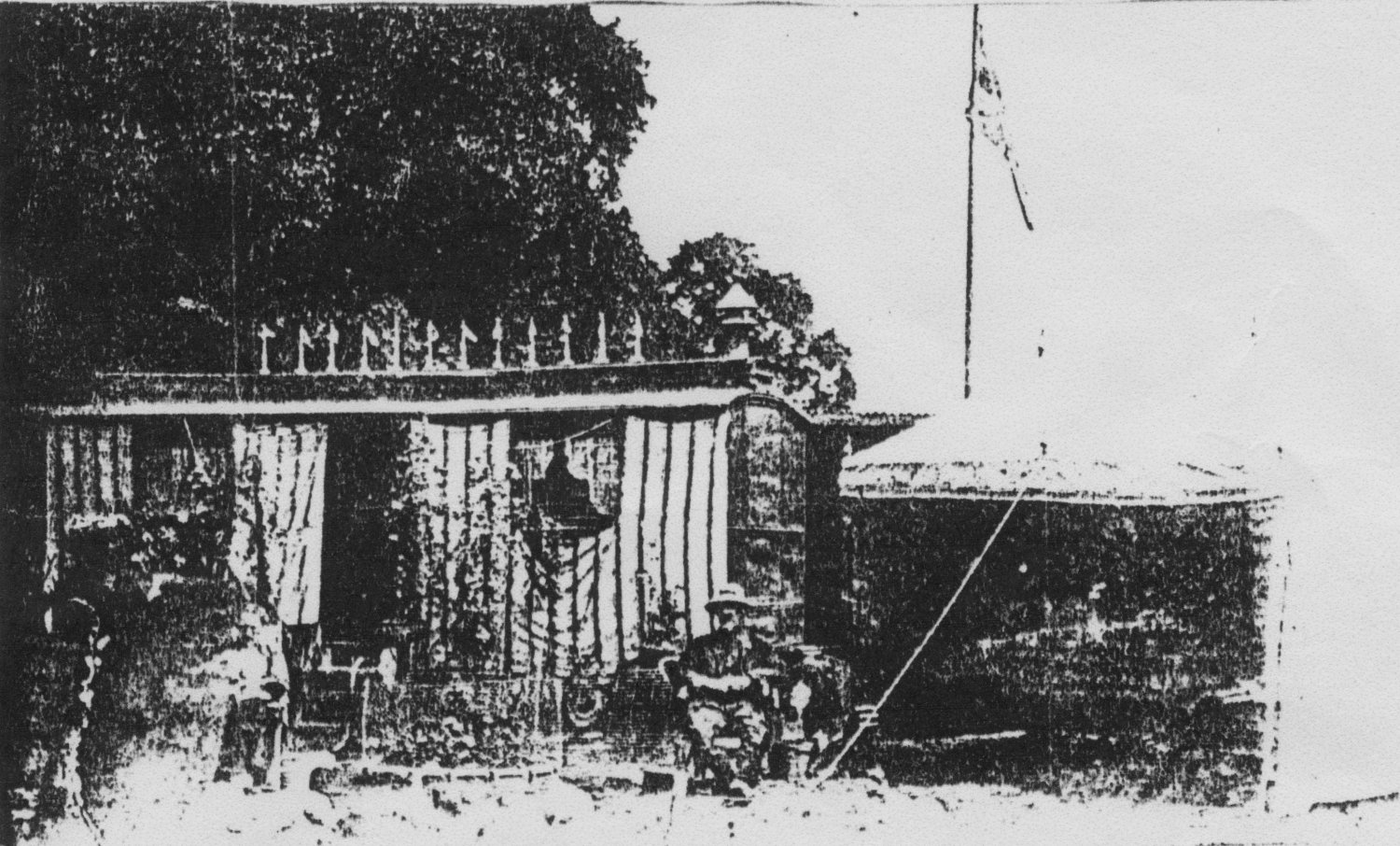 Apparently William next to his caravan ‘had good Turkish and Russian baths’ and it was here that his body was to be found by an employee, James Kiley, of 76 Carlisle Street, Edgware Road, London. James Kiley who was the next witness, was 16 years old and helped on the farm looking after the pigs, poultry, etc. On the evening of Wednesday 26th March he went to bed before 10. He slept in the caravan and William Yetton had a room in the front but James did not see him that evening.  James stated at the inquest that: 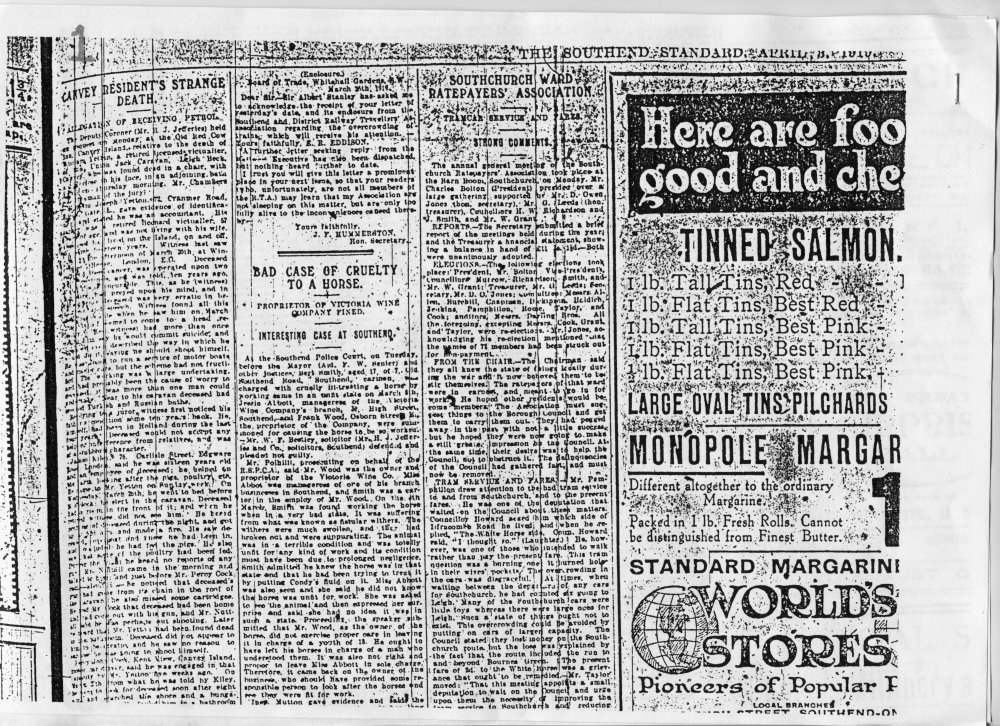 The next witness was Percy John Cock of Kent View, Canvey Island, motor car driver was the person who found William Yetton and he described to the inquest his involvement in the discovery:

The final witness was P.C. Girling, of Canvey Island who was in Rochford when he received a telephone message about the death and quickly returned to the Island to take charge. He described to the inquest in great detail the scene and also provided details of an allegation against William Yetton which may have played a contributing part in his decision to end his life: 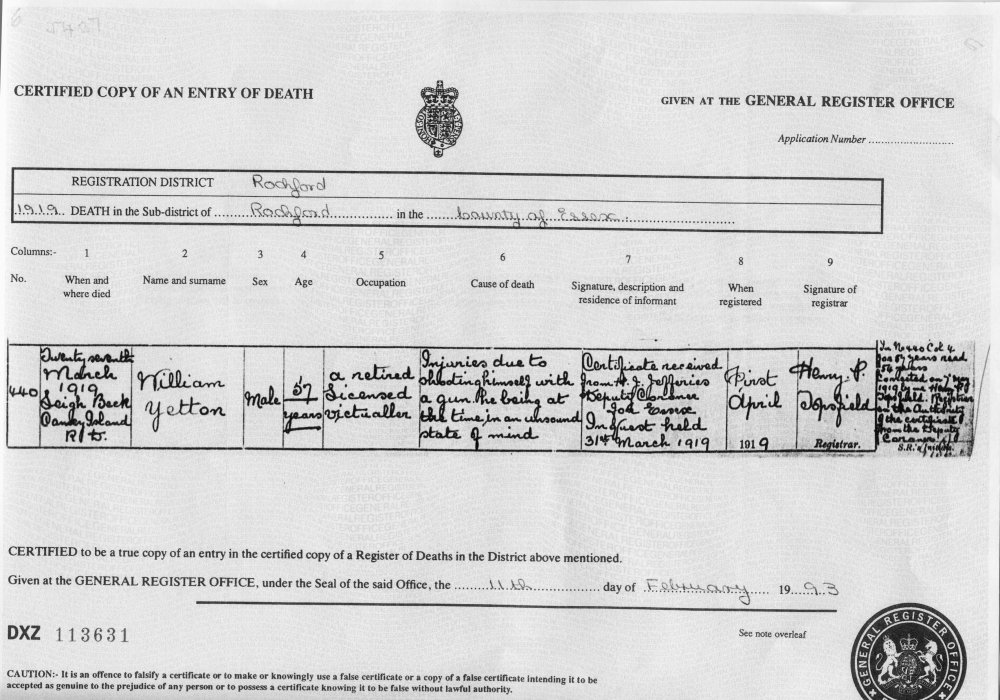 There seems to be little doubt in the Deputy Coroners mind when he addressed the jury: 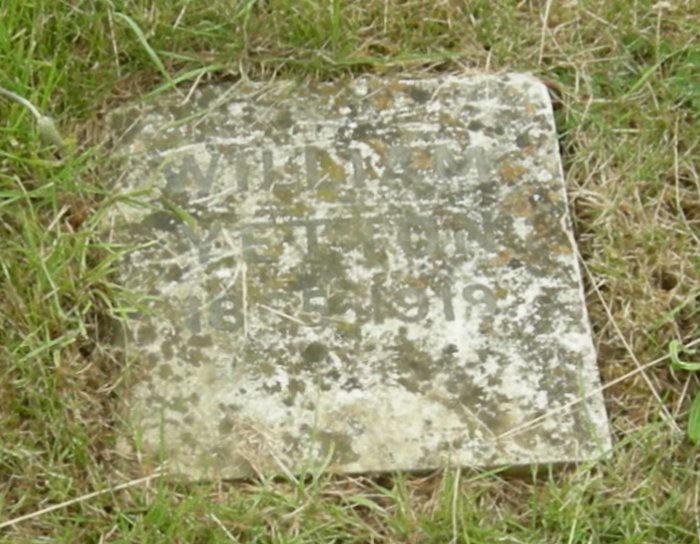 The jury’s decision was as expected and with Mr Chambers, who had known William for many years as foreman, found that William Yetton died from the wounds inflicted by the gunshot and was at the time of unsound mind. William Yetton was buried in St Katherine’s Churchyard on the 2nd April 1919.

Tony still has many questions about his grandfather, which will probably never be answered. Although William was estranged from his family Canvey was a place visited many times when Tony was young. Although William was only spoken about in whispers the family still must have felt a connection to the Island. Tony remembers the stepping stones and the fields and the long walk from Waterside and it was to Canvey he moved in 1979 after his retirement. So after many years in the wilderness members of William’s family were again close to him here on Canvey. Lets hope he has found peace.