The connection to the Teskey family 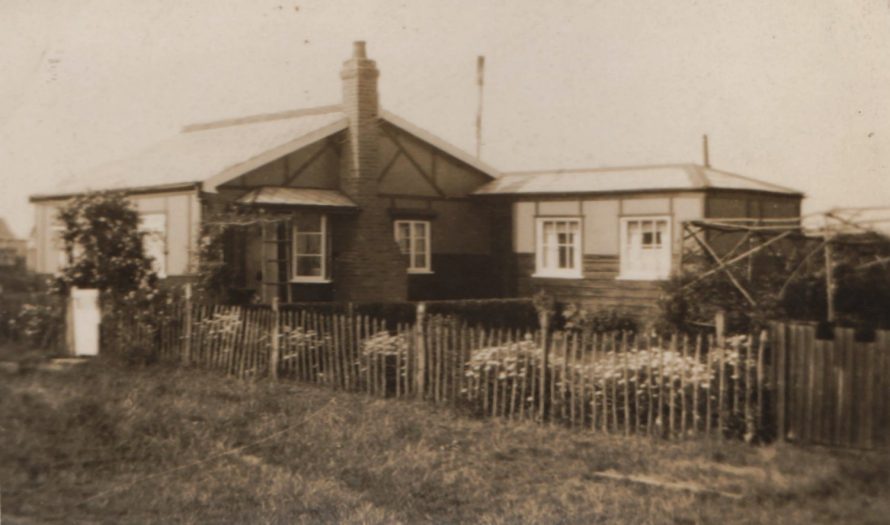 The house with the annex built for Polly Teskey

George Milford was just two years old when he, his parents and elder brother Ed arrived on Canvey in 1922.  The family was virtually penniless after the failure of his father’s business in London and yet they found accommodation thanks to a local shopkeeper, Mr Watkins, who offered them a hut to live in.  There wasn’t any utilities connected and George recalls how, during the day, the four bunks were folded down and propped against the wall while his mother prepared meals on a couple of primus stoves.  Yet, according to George, “It was magic living there on the Island.  There was no traffic and so few people that when my mother wanted to call us in she only had to hail us from the door and we would still hear her some distance off.”

His father, a silversmith, had a job working in London and he would walk to and fro across the Island to make his way to the station. However, financially life was still not easy and when Mr Watkins offered to sell George’s father the hut a couple of years after moving in, it was obvious that the family couldn’t raise the funds.  So the shopkeeper said that if the Milford family could pay rent for another year, he would then let them have the hut for free. 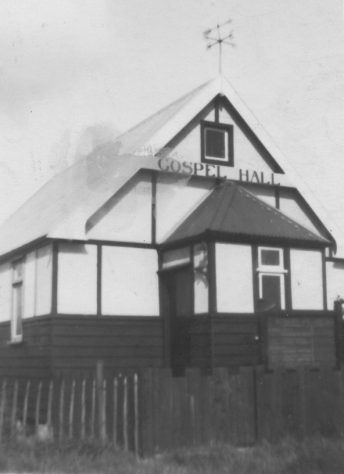 The one roomed property was situated on a sizeable area and George’s father built on additional rooms so that the family eventually had a three bedroomed bungalow.  Assisted by brother Ed, George’s dad also constructed the Gospel Chapel in the grounds at Roosevelt Road.  “I was more hindrance than help at that time” recalls George. It was through the Chapel congregation that his mother met the Teskey family and George’s father soon added a room onto the side of his bungalow to accommodate Polly and her mother. George has little memory of Polly’s dramatic recovery but does remember that later on she proved to be a woman to be reckoned with when George and his brother indulged in boyhood pranks. 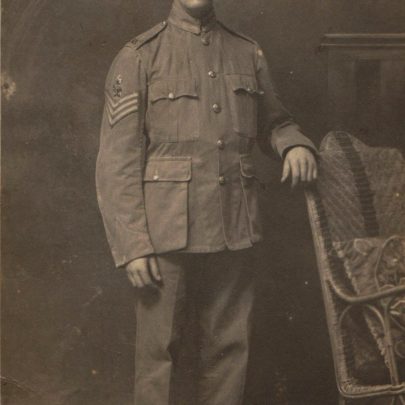 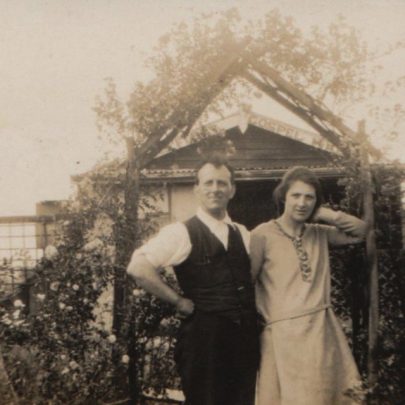 Edwin & Gertrude Milford standing in front of the shed that they lived in when first on Canvey, this was later used as the first gospel hall. You can see the name above the door
George Milford 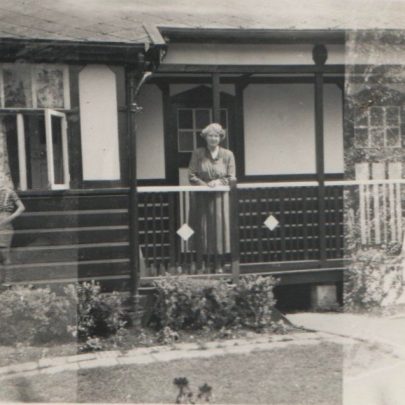 George's mother in front of the later bungalow
George Milford 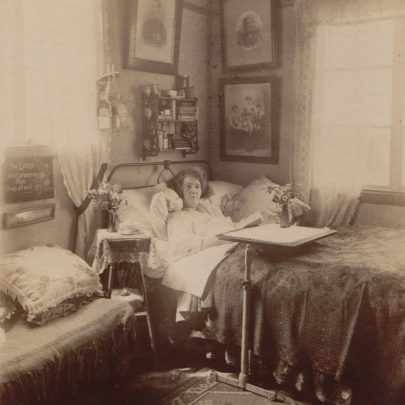