and the Annie Jones

Many older Canvey Islanders will remember the Annie Jones which I understand finished her life in the dried up bed of Smallgains Creek after the creek was dammed. I have heard differing stories about the boat in its later years but until now no one knew its former history or how it came to Canvey Island.

I was fortunate to meet up with the daughter of the owner, Guy Bach, who was the person responsible for the Annie Jones arriving on Canvey around 1926.

Guy Bach wanted to buy a boat to sail around the world. He found the Annie Jones in a dock in Gravesend and bought it. There were hefty dock fees to pay and his mother helped him out with these but stipulated it would have to be moved to a cheaper berth, hence the trip to Canvey. Here some of the details are a bit sketchy as Guy’s daughter was only very young at this time. She believes the boat was brought here around 1926, she says there was a very high tide bigger than there had been for many years. [There was a surge tide in January of 1928 coupled with thawing of snow up river which culminated in a very high tide and flooding, was this the year?]

Madge tried to place the boat where she remembered it being but the island has changed beyond recognition since her last visit here in 1938. She thought it was to the north of the island but has come to agree it must have been at Smallgains. She does remember being told her father had gone up the wrong creek, perhaps the intention was for the main creek through to Benfleet but because of the flood water it became unclear where he was.

Anyway he arrived at the island during an exceptionally high tide and turned up Smallgains Creek and moored up. Unfortunately when the tide went out the boat was banked and there was not another high tide to get her off so here she remained until at least the late 50s.

The family, Guy his wife and two children lived on the boat for some 5 or 6 years. Madge’s first school was here on Canvey, possibly one of the private schools. She remembers going across fields to get to school and also that she did not like it and skipped out if she could. She described the boat as being 100ft long. The state room had oak panelling and a large mirror with marble in front of it where she stood and danced watching herself in the mirror. 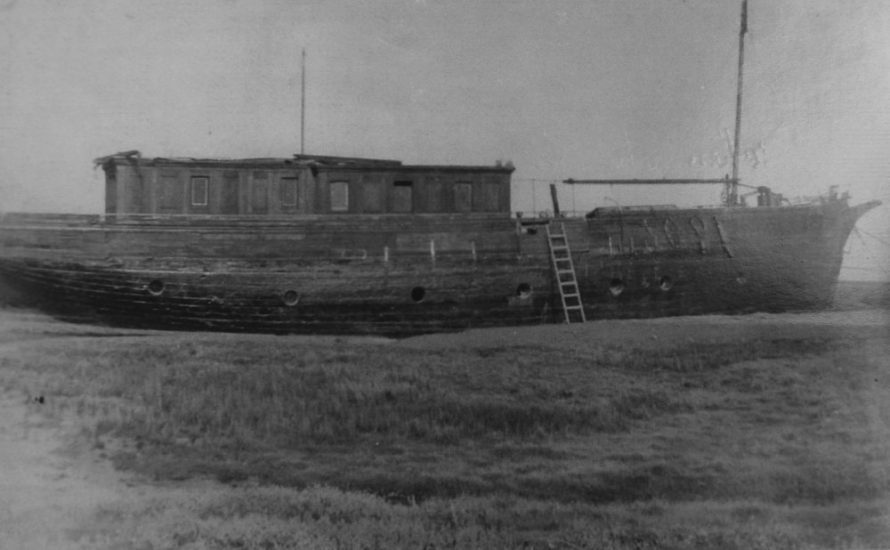 There was no way to get on the boat at first, the only way was to climb a ladder as can be seen in the picture above. Later her father built a proper stairway that could be pulled up when not needed. Madge remembers ropes hanging down on the far side of the boat that she used to ‘walk up’ the side of the boat.

The family continued to visit the boat until the war (1938) when they were no longer allowed to stay aboard because of the restrictions on the island. Madge never came here again and remembers being told by her father that the boat had been towed away and scrapped but as we know this did not happen.

During the war Guy was one of the team of draughtsmen who were developing the spitfire which had taken its maiden flight in 1936.

I would like to thank Madge for bring the photos to us and for providing some insight into the life of Annie Jones. If you have memories of Annie Jones please comment below. 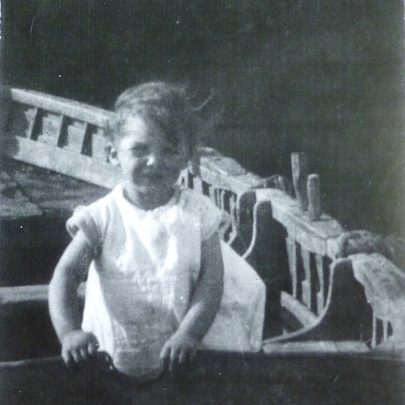 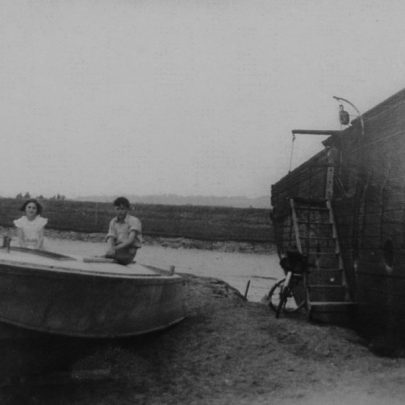 Guy's son and daughter beside the Annie Jones
The Bach Family

The Annie Jones
The Bach Family

Madge aboard the Annie Jones c1938
The Bach Family 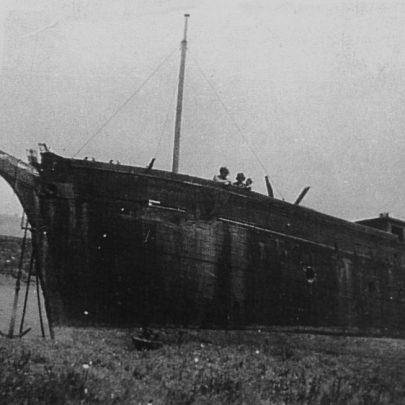 The Annie Jones
The Bach Family