emailed in by his great granddaughter Sharon Sciachettano 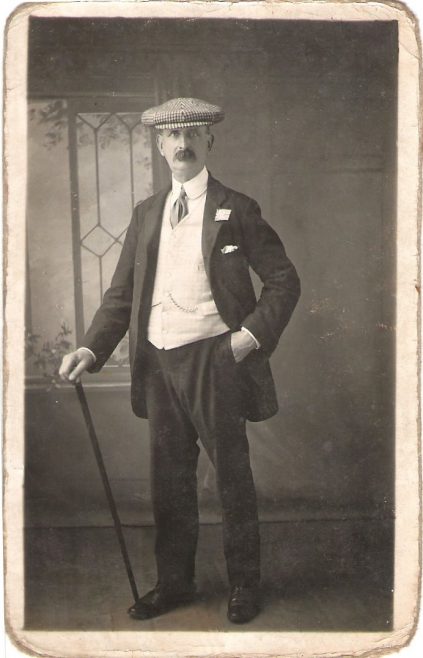 John Luck was born in St Bartholomews the Great in the East End of London in 1854. He was a cab driver/groom. He married Ann Smith and they lived in Lambeth where they had five children. After Ann died he married his second wife Alice who was from Devon.

John Luck and his second wife Alice moved to Canvey about the time of John’s retirement, c1920. Little is known about John and Alice’s life on Canvey Island.  Some additional information has been found in the Canvey burial records for 1929 where his abode was stated as ‘Oake Dene’ in Denham Road. A cutting from a local paper gives details of his death.

SUDDEN DEATH OF CANVEY RESIDENT
The death occurred with tragic suddenness on Monday of Mr John Luck, aged 75 years, of Oysterfleet Canvey Island. Mr Luck had not been enjoying good health recently and had been under the care of Dr Ellis of Canvey. On Monday he was carrying some hand luggage from Oysterfleet to Winter Gardens across the fields, as he was moving to a new house. The lady followed him and found him lying dead in the field. Apparently his bad state of health the intense cold was too much for him and caused him to collapse. He leaves a widow.

According to the burial registers John Luck was buried at St Katherine’s on the 16th February 1929, aged 75. As far as we know Alice continued to live on Canvey until her death in 1944 when she was also buried in St Katherine’s. Unfortunately the Graves are not in a very good condition, their grave has been found.

If anyone can tell Sharon anything about John and Alice’s years on Canvey please email in or comment below. 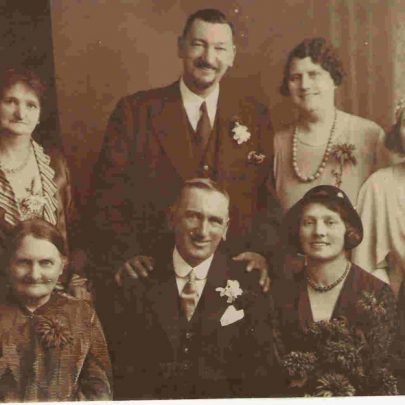 The marriage of John Luck's eldest son Jack to Ada. John Luck and his wife Alice Luck are seated either side of the bride and groom in the front row. My grandfather Charles Luck is behind on the right with his wife Alice. I don't know the exact date of the wedding but I guess it is in the 1920s.
Sharon Sciachettano 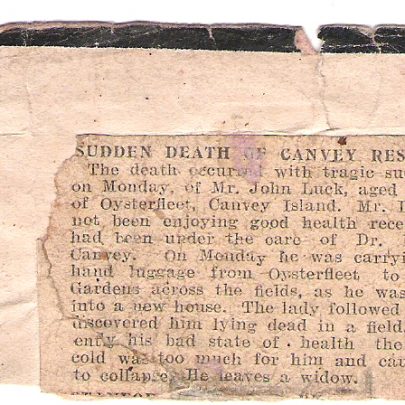 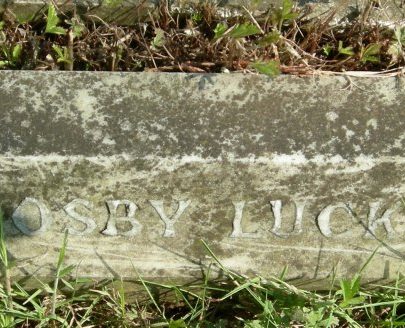 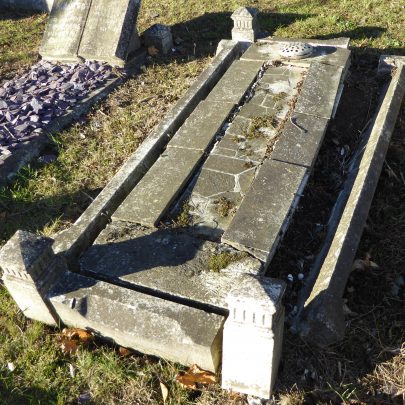