My memories of life on Canvey from 1930 onwards

An interview with Jean Cook 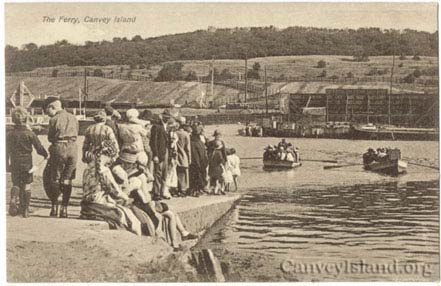 Jean Cook moved to Canvey from Leigh on Sea in 1930 when she was three years old. Her earliest memories are of her mother, father and elderly Nan coming across on the ferry.  When the tide was out you could get across by the steppingstones but when it was in, you had to get in this little boat which the man frequently filled to capacity and you could see the boat going down further and further into the water. They had a big black retriever dog with them and when they were in the middle of the Creek the dog decided to jump out of the boat and nearly over turned it, they managed to keep the boat upright. As they left the boat on the other side ‘My poor Nan, she was not very strong and she immediately put her foot in the water’. 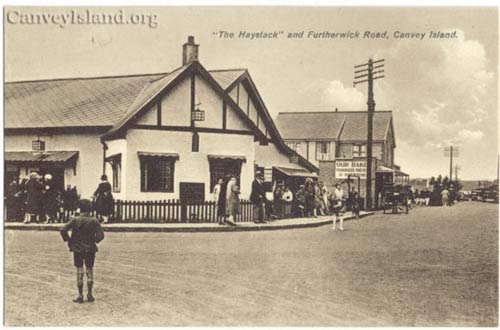 At first the family rented a bungalow in Westerland Road, off Runneymede. Next door lived Mr and Mrs Draper who were one of the earliest publicans at the Haystack Public House. When Jean was about 6 or 7 they lived in a house in Marine Approach.

Jean’s father, Martindale Jackson originally came from London, his job was to try to persuade the families on Canvey to have electricity. This was very hard work because many people were suspicious of electricity, thinking it would burst into flames. Mr Jackson would have to get the agreement of everyone in the road, before it could be installed and connected. The first area to have electricity connected was Long Road and the Haystack area.

Jean has spent time in all of the old schools on the Island. She started in the Infants at William Read School. The Infants was a hut on stilts and to get to it you had to cross the dyke. Rats used to be seen in the dyke so a trip to the ‘primitive’ toilets was one trip not to be taken alone.  They were only five years old but there was one procedure they went through every day that Jean remembers clearly. Once they were all in the class they were told ‘Turn to the back of the class’, there on the wall were the ‘Tables’ from 2x upwards which they would have to recite parrot fashion and she still remembers them to this day. 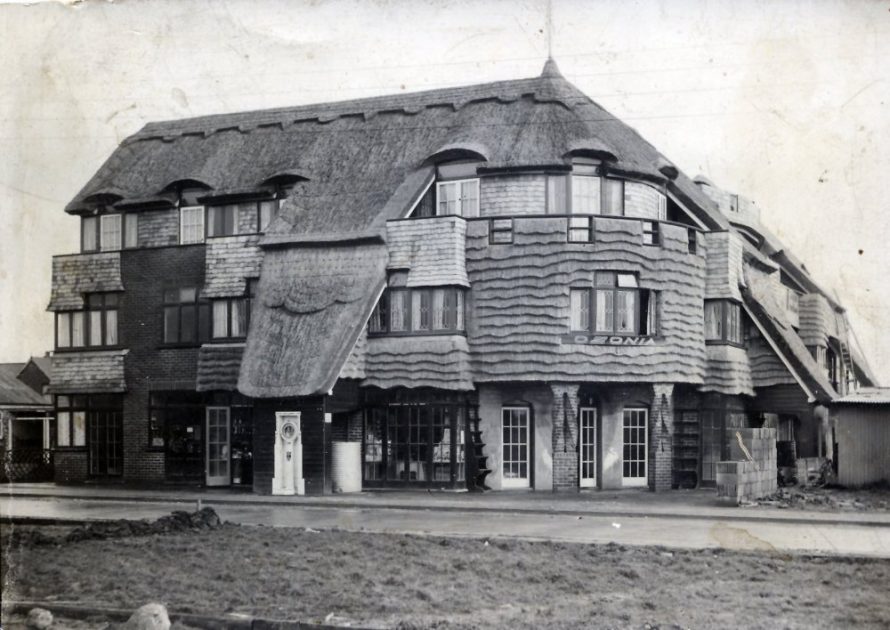 Jean remembers the Headmaster William Read, she says of him, ‘He was a man of little stature, a small man. He had the school in the palm of his hand and the children respected him.’

Jean also remembers the Ozonia hotel, where before the war Mr Goodhind ran his grocery shop. With no running water, families would have to collect rainwater, but there was a standpipe at Mr Goodhind’s shop where he sold it for 1d per bucket. Jean would be sent there with two buckets but by the time she got home as I am sure you have guessed they were far from full. ‘Are you sure you filled them up’ her mother asked. 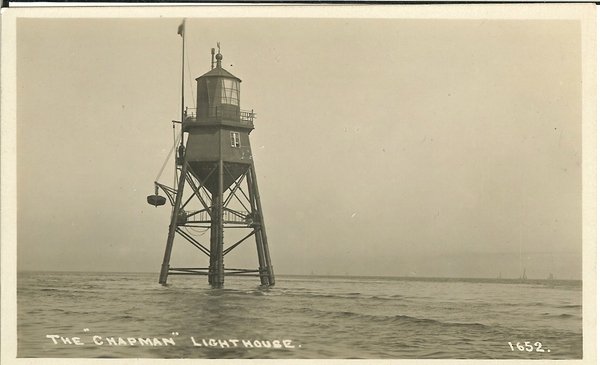 Jean also recalls the two Chapman lighthouse keepers at low tide used to come over to the Ozonia to get their groceries and her mother used to talk to them about knitting. They were expert knitters.  Jean’s mother also ask them if they got fed up and they said yes, they had a turn of six weeks on and six weeks off. You had to get the right people together or you could end up murdering each other.

Jean clearly remembers the pictures on the walls at the Ozonia especially the ones of the penguins and she heard talk of the hell room. Jean also said that Tessie Surgeon took over the shop at the Ozonia. 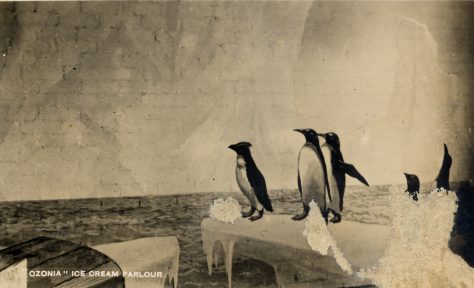 The Icecream Parlour at the Ozonia

Another story Jean remembers is the Curtis Kiosk on the beach.  It was a lockup selling ice-cream and teas. One day when she was about 10 there was a commotion, all the kids went to have a look and they saw the kiosk going out to sea ‘floating like Noah’s Ark’.

Recalling other shops on the Island, Jean says there was a Cox’s on the beach. In Dovercliff Road there was an Off Licence, Wool-shop and Haberdashery shop. Where Pals is now, in Furtherwick Road, there was a riding school run by a Canadian chap. This was before the war about 1937. It was destroyed by a fire and a couple of horses were rescued but the rest perished. At some point the Labour Exchange was here where Pals the Chemist is now. There was also a paper shop run by John Tremain’s father.

Jean’s daughters also liked to help out with Billy Wells’ ponies in Gafzelle Drive. When the summer holidays started Billy White would be bringing a cart full of hay and all the kids would follow down the seafront to help with the ponies when the visitors came. They would be gone all day and Billy Wells would perhaps buy them an ice cream if they were helping with the rides. Then about five o’clock it would sound like the ‘wild-west’, you would hear all these horses coming up from the seafront bringing the kids home, back up Gafzelle Drive. The girls used to love it.

You can read more about Billy Wells and the Ponies here.