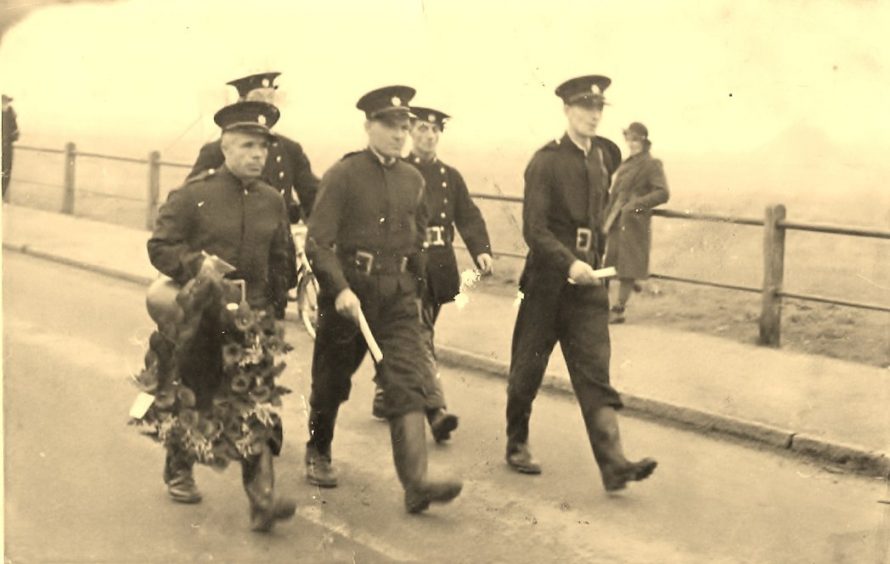 Dad in the centre

My Father Leslie Pullan is centre front in the picture he was in the Canvey Fire Brigade in the 40s & 50s some of the stories he told me, they were called to other area’s because Canvey had a very large pump they attended the large fire a Purfleet, bombed during the war. They were also called to a German aircraft which was shot down on the south side of the Island, the plane was upside down with the crew hanging by their harnesses, they rushed over opened the cockpit door they jumped back when the pilot moved, but they were all dead.

He was called up by mistake in 1945 because his superior failed to fill in the appropriate forms he served in the RAF as ground crew at Petersfield and in Belgium, on demob he served  part time in Canvey Fire Brigade.

I use to follow him on a callout on my bicycle until a terrible fire on the Council Estate in which a young girl died, I did not go anymore after that. 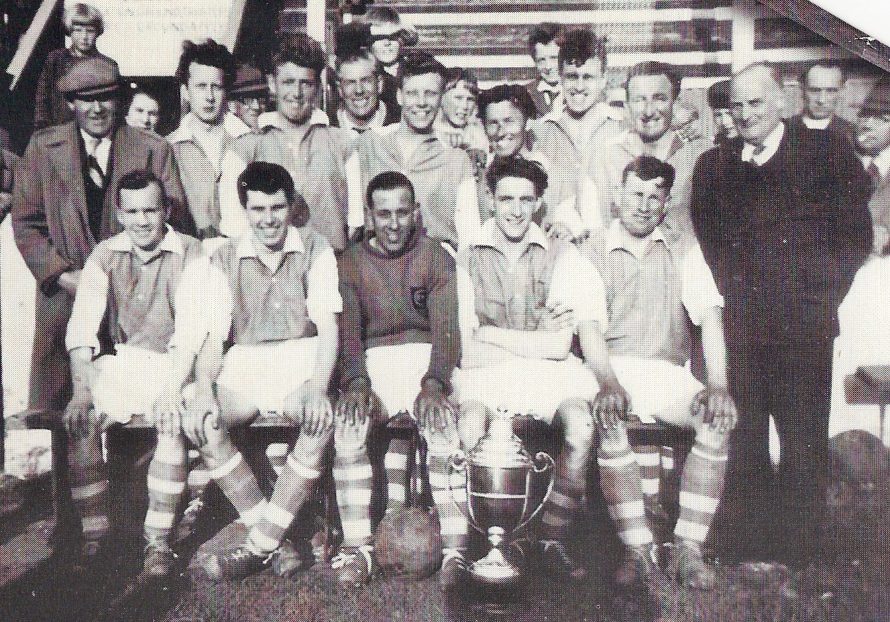 Dad on the Left

He was also the grounds man for Canvey football club when it was at the Paddocks and later Park Lane for many years.