A family home for nearly seventy years could shortly disappear 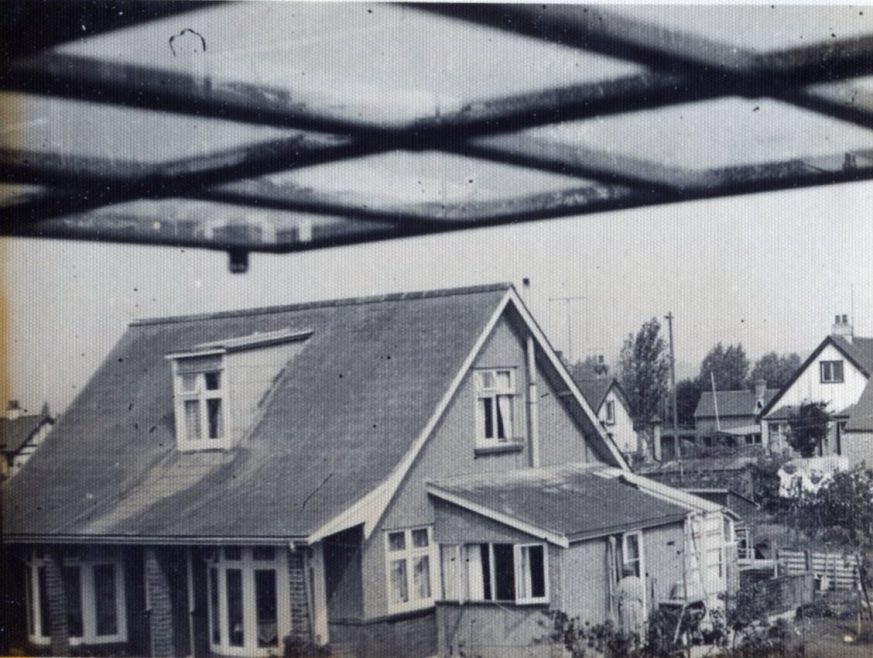 Paarl Lodge was built in 1935, a brick-built double-fronted chalet bungalow which was probably considered to be slightly superior to it’s timber-framed neighbours hence being afforded the road name in it’s title. In 1949  it became the home of the Bevan family and has been their continued residence up to the present day(they even stayed put during the Flood). However now remaining family member, Nigel Bevan has decided to leave for pastures new and with very mixed feelings has put the property up for sale. Nigel himself will be remembered by many at the Leigh Beck end as the manager of the London Co-op grocery shop opp the Coachworks until redundancies forced it’s closure in the mid 80s.

Nigel tells me that his father, William, a builder and joiner, and mother, Hebe, first discovered the delights of Canvey when they came down from London for a holiday on a tandem bycycle. Then after the war in 1945 they moved to the Island,first to the Parkway and then May Ave. In 1949 they bought Paarl Lodge, Nigel was 4 yrs old and his much older brother Ivan was 17 years his senior. Ivan had just finished his National Service and was working at the Bata shoe factory at East Tilbury but his real passion was for horticulture and it was this that changed the shape and surroundings of Paarl Lodge. Very soon Ivan and his father began enlarging the ‘footprint’ of the property with the addition of glass conservatories, workshop and lean-to and the large garden developed in to a small nursery with several greenhouses and a pond. It seems that Ivan spent every waking moment to nurturing a vast variety of plants so that within a couple of years th Bevan were completely self sufficent in fruit and veg. By now, his passion had also become his full-time occupation when he joined the Garden Dept of the old Canvey Island Urban District Council soon rising to be Head Gardener(the glasshouses at King George V Playing Field were his domain)  When we were taken over in 1974 he became Gardens Supt for
the Castle Point District Council (the greenhouse complex went with him to the mainland). 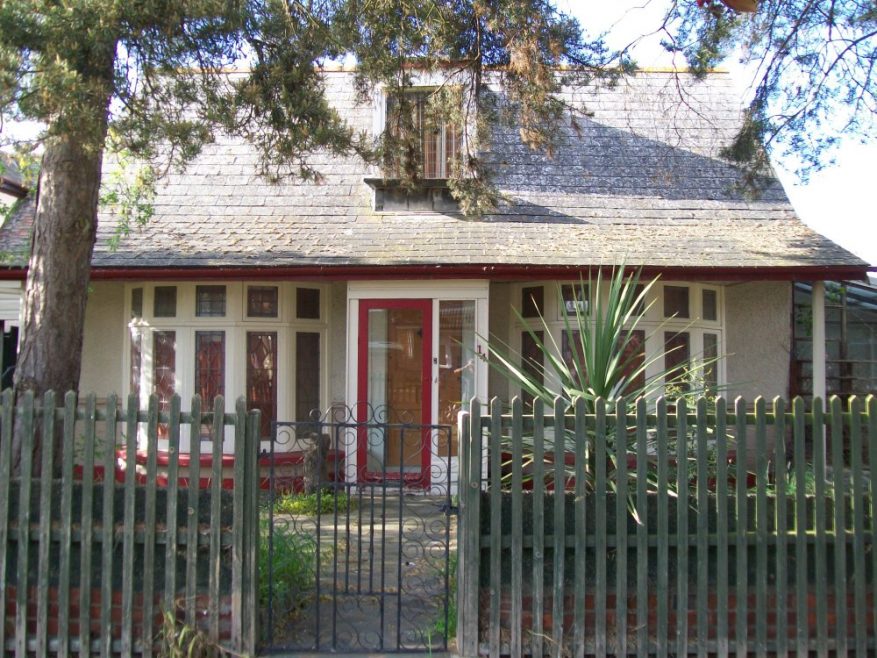 In 1959 Mr Bevan Snr passed away but the work at Paarl Lodge
continued, by this time, Nigel, although not as green-fingered as his brother, was involved in further construction and maintenance. Ornamental fish were his main interest and over the course of time two more large ponds with water-features, including a small mountain and waterfall were built in the  garden and an interior pond was constructed for Nigel’s koi
carp. The exterior ponds at one time contained at least 800 goldfish.

As can be imagined in it’s heyday the conservatories, greenhouses and garden of Paarl Lodge were bursting with greenery of every kind. One entire greenhouse was dedicated to Mrs Bevan’s favourite flowers geraniums. Ivan was a life member of the Canvey Horticultural Society and a consistent prize winner in his specialist categories of Dahlias and carnations. He also was known to produce 2500 tomato plants per annum for sale by the Society.

The Flood.
I mentioned earlier that the family opted to stay put during the 1953 Flood. They survived in upstairs bedrooms for 4 weeks as there was only 18 inches of water downstairs, they were always self sufficient in fruit and veg and Mrs Bevan always kept a well-stocked larder. Nigel told me that on the night of the Flood his brother went out into Urmond Rd where the water was a lot deeper and rescued several people from bungalows there. Nigel himself had the unique experience of being brought back onto the Island  in an ambulance after a hospital operation and being carried through the deep water on the corner of Waarden Rd when everybody else was heading in the opposite direction. 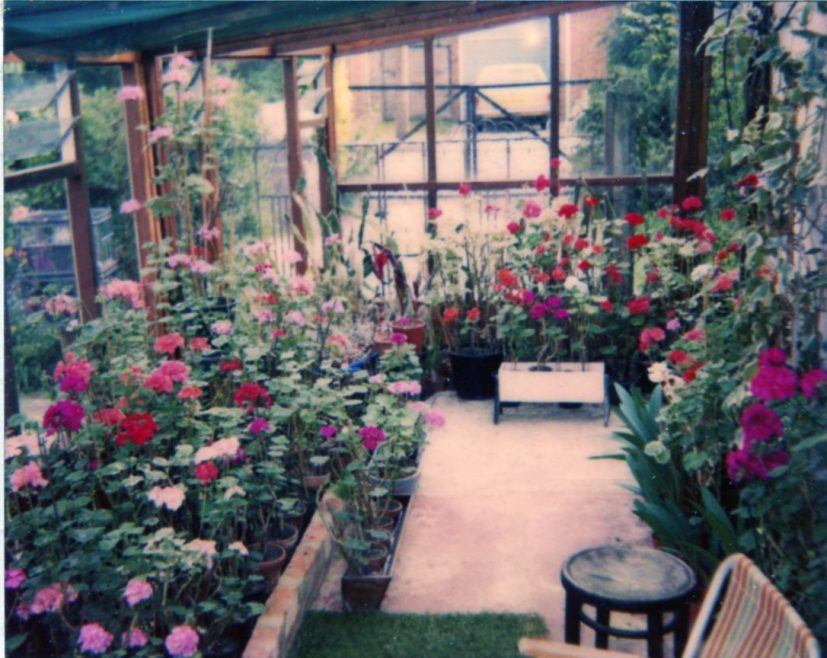 One of the conservatories in it’s heyday.

When Mrs Bevan died in 1990 the brothers continued with same life style and with Ivan retired from the Council the horticulture continued to flourish, however, as he grew older the work became more of aburden and Nigel took on a lot of the day to day tasks. Selling the property was discussed but Nigel was the one who was reluctant to leave. After Ivan’s death he did his best to keep things going, particularly his Mum’s geraniums.

Now the fate of Paarl Lodge will be in hands of builder/developers and this small piece of Canvey’s history, will most likely, soon vanish.

Back in the day when the Bevan family started their project in Paarl Rd it would not have appeared unusual, amongst the other small nurseries, private allotments,smallholdings and small orchards spread across the Island but today with all the development over the years it remains as a unique example of that past era. 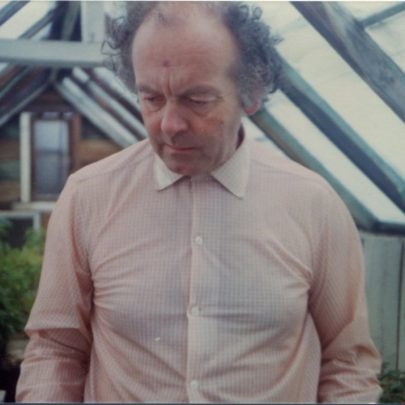 a). Ivan Bevan in his favourite environment
N.Bevan 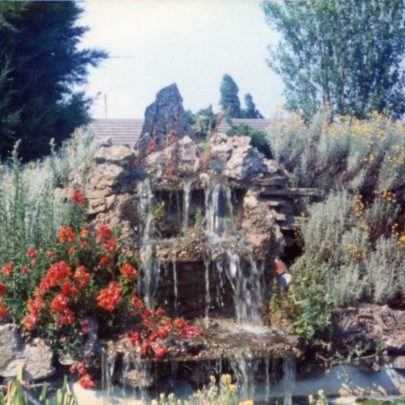 b). The waterfall in days gone by.
N.Bevan 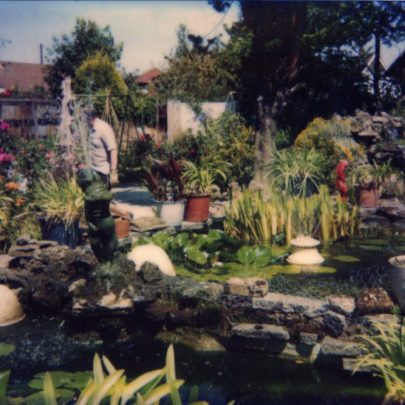 c). The ponds some time ago.
N.Bevan 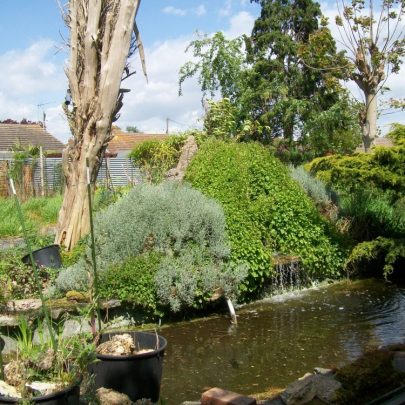 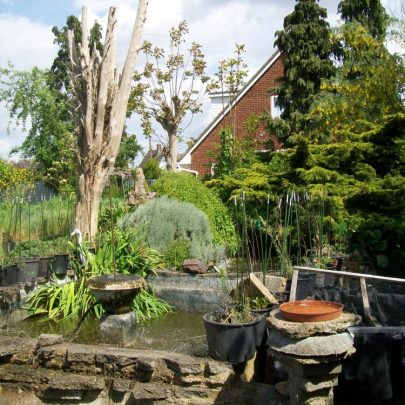 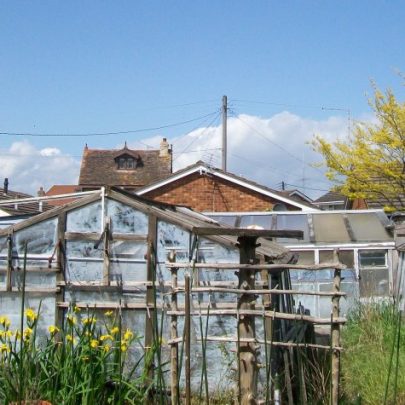 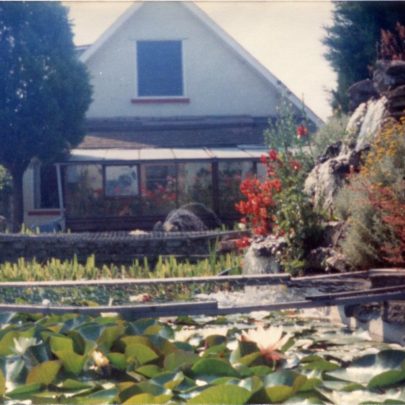 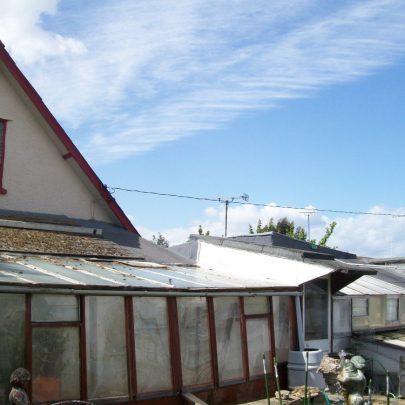 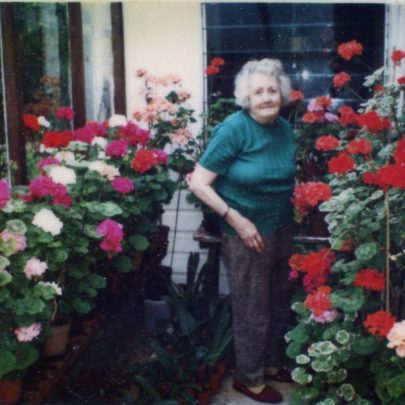 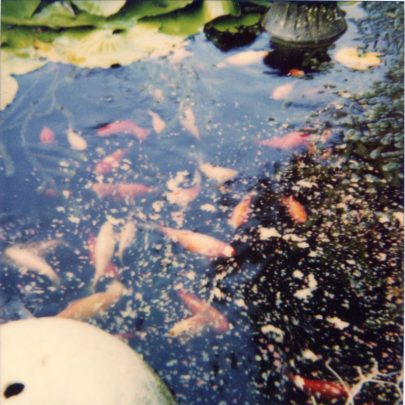 i). Some of the nearly 1000 goldfish that once filled the ponds.
N.Bevan