Roland George Francke was born on 28th January 1883 in Hoxton, London to William Francke and his wife Emily Truscoat. Roland’s father and grandfather and two of his brothers were furriers in North/East London for many years.

Roland married his wife, Beatrice Fennell in 1906 when his occupation was stated as plumber. The couple’s two eldest children Albert and Thelma were born in Palmers Green in 1909 and 1911.

In 1912 the family along with Florence Fennell, the sister of Beartrice Francke (nee Fennell) travelled to Australia. Exactly the reason for their trip we do not know. What we do know is that one of Roland’s siblings had moved to Australia so we can speculate that they went to visit or went to live there themselves but did not like it. We do know for certain that Roland, his wife and by then three children travelled home to England arriving here aboard the ‘Athenic’ from Sidney on the 6 Sep 1916. It is believed their youngest daughter Emily was born in Gladesville Australia in c1916 and is recorded as being an infant aged 1 in the passenger list. 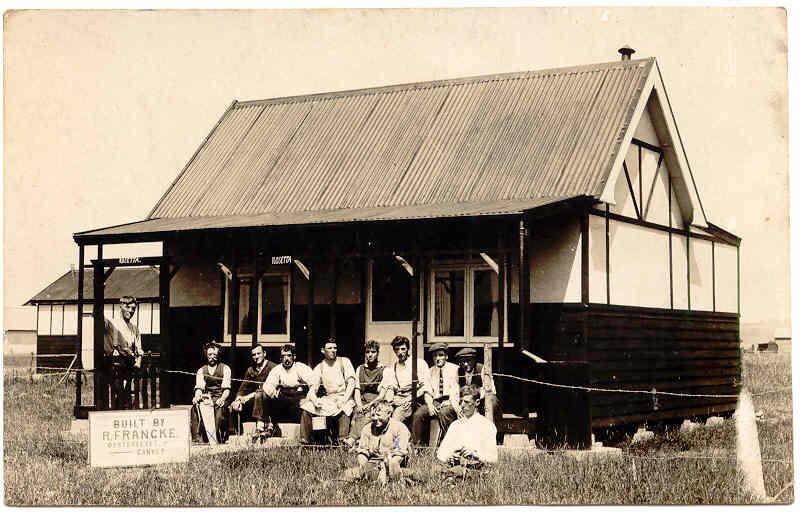 Postcard send to Lily Lyons from Roland on Canvey Island. The man with the saw is believed to be Roland

By the 1920’s Roland and family had moved to Canvey Island where Roland set up a building firm. He had invited William Lyons, who was married to his wife’s sister, Lily, to come with him to Canvey and build properties. Lily’s health was not good and she died in 1927 so William Lyons was unable to take part in the project. Roland went ahead and set up his business as ‘R. Francke, Gladesville, Oysterfleet, Canvey’.  The name of the bungalow ‘Gladesville’ is named after the place where the family stayed in Australia. Beatrice’s father, Thomas Fennell was a carpenter. After spending sometime in the USA he returned on the 12th May 1925 aboard the ‘Minnekahda’ from New York and joined Roland at Oysterfleet.

The Essex record office hold records of 61 properties that Francke built during the years 1923-1926. The vast majority of them were built in the Fairlop Avenue, Lionel Road, Beatrice Avenue, Thelma Avenue and Roland Lane area off Long Road. Roland and his family moved into a property there called Inglenook, which I believe was on the corner of Fairlop Avenue and Long Road. Some of these roads were named after the family Roland Lane after himself, Beatrice Avenue after his wife, Thelma Avenue after his daughter. Many more bungalows must have been built in the years following 1926. See here for copy of plan to similar bungalow. 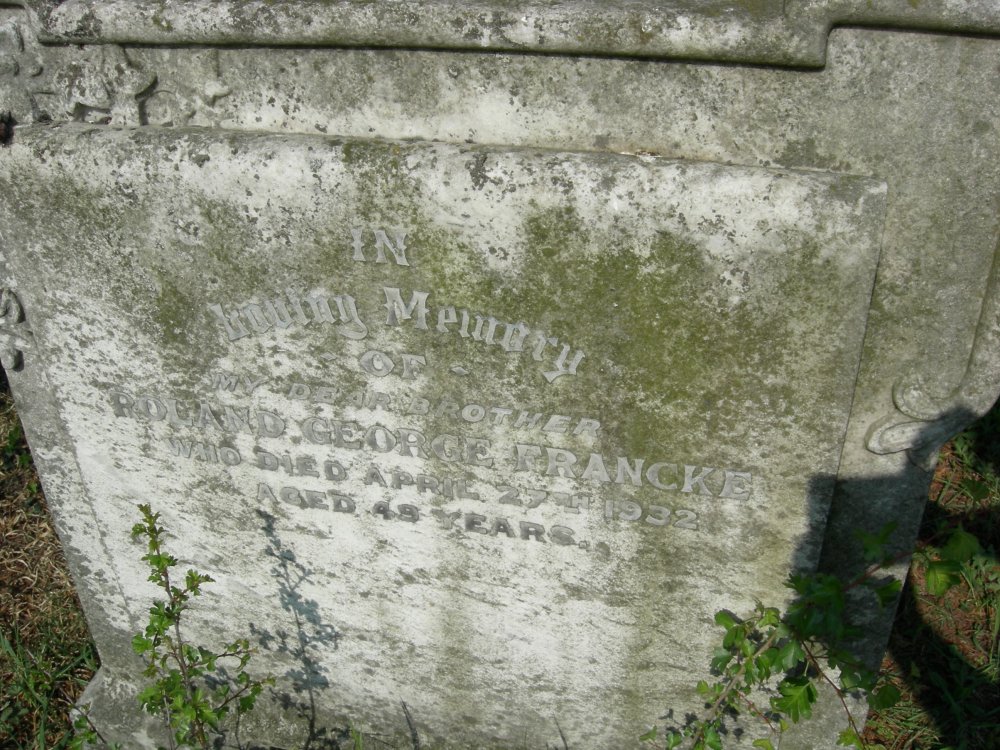 He was definitely a Councillor on the Canvey Island Urban District Council in 1929 until he resigned in 1930.

How big his role was in the development of Canvey we have no idea. So if anyone can enlighten us please comment below. 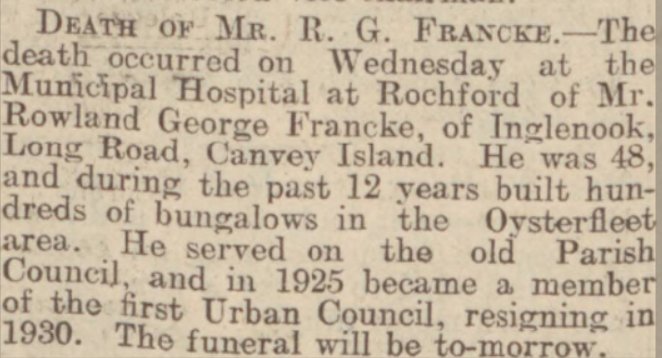 Roland died on the 27 Apr 1932 and is buried in St Katherine’s Churchyard.

Probate was issued to his sister Maria Wilhelmina Searle to whom he left his estate, by this time she was running a guest house in Inglenook.