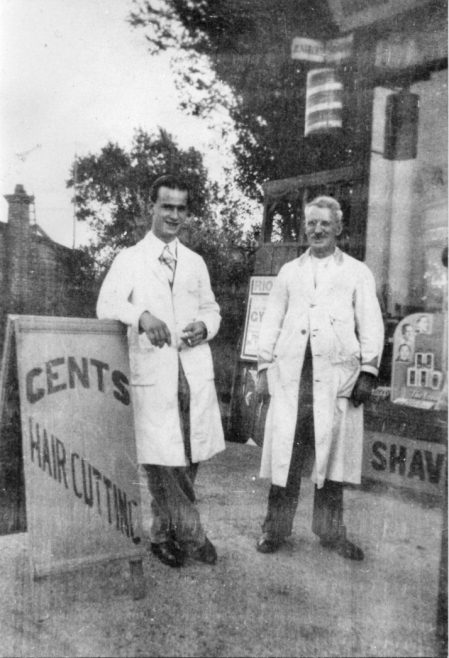 Samuel and Jimmy Critchell outside shop on Hartfield Parade

My grandparents Samuel Critchell (1884) and his wife Elizabeth Frances nee Parker (1882), married in 1907 and lived in the docklands of London. At some point they came to live in Canvey Island, in a darkwood bungalow on Florence Road. I don’t know the circumstances of their move or land purchase unfortunately. Since they had lived in Millwall, London I had assumed they moved because of the war, but the photograph of the Hairdressing shop looks earlier.

The bungalow they owned was small but adequate. As children, we visited our grandparents and stayed in the bungalow at Canvey almost every year from the mid 40’s to the mid 60’s. It had only two bedrooms I believe but a bunk bed was erected in the back kitchen area when we grew older. There was of course no inside toilet. We had to use the privvy in the yard, and Grandma was already frail and having to use a commode by the time I remember her clearly.

As a child, I didn’t take in the finer points of architecture, but I remember some things relevant to myself: there was a porch area outside the front door with a musty old sofa where I could lay and be private while still being in earshot of the adults. In the evenings as they ate, drank and played cards I could hear their voices, see the light through the front window, yet still be alone with my books and toys.

Outside was quite a large area of land, with lawns, flowerbeds, bushes and a vegetable patch at the back. It delighted me as a child to be able to “run all round the house” as I’d never visited a detached house before.

The interior walls were (alarmingly) made of asbestos sheets. This came to light when my father accidentally put his elbow through the kitchen wall, and had to spend the day sourcing and replacing the house wall! 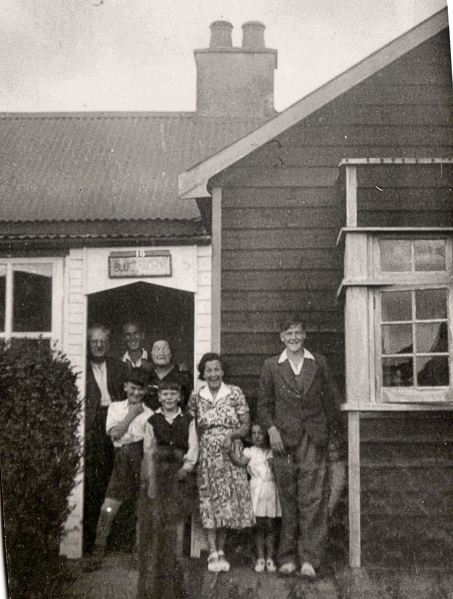 Samuel was trained as a hairdresser/barber and he was hoping his son Jimmy (my father) would follow in his steps. You can see in the photo Samuel and his son – I think before the war – at their little shop at the end of Hartfield Parade – at the corner of Oxford Road. Florence Road, where they lived, was the next road along.

When my parents revisited it, it had turned into “Cheapies”, a used furniture shop. The run-down shop can still be seen today.

There are photos of the couple – Samuel and Elizabeth – and also Elizabeth’s sister Polly. I’m not sure of the location of these photos. The bungalow doesn’t look the same as the one I knew – which is shown in the photo of the family grouped around the doorway. In those days Florence Road was more of a track or pathway with overgrown grass; other roads were constructed of concrete slabs joined with black tar.

When the terrible Canvey flood happened we were living in rural Norfolk and I was only a small child. Yet I do vividly remember my father crying, which wasn’t something that happened often. I said “what’s wrong with daddy?” but I wasn’t told. I only put two and two together in later years. Dad must have been so scared of what could happen to his parents and in those days there was no easy instant contact through mobile phones, internet or anything that we have today. It was just a case of waiting and praying.

In about February or March 1957 Samuel and Elizabeth were presented with the Taylor Cup and a special plaque to commemmorate their Golden Wedding Anniversary. I’d be grateful for somebody to fill in the details here as I don’t know what the Taylor Cup was in fact. It may have been the British Legion? Please see the photos for details.

Both Samuel and Elizabeth died in the the 1960’s. 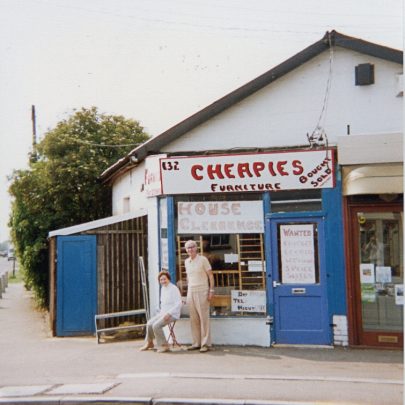 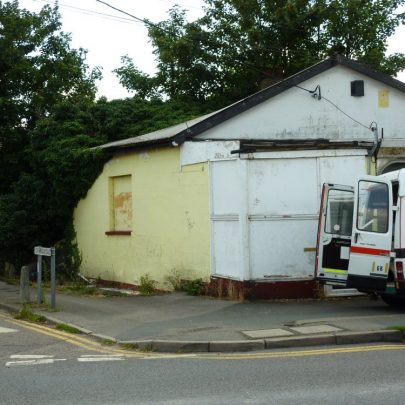 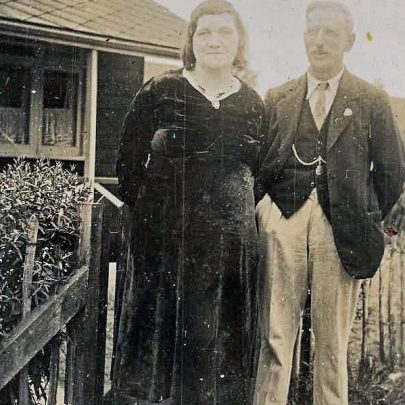 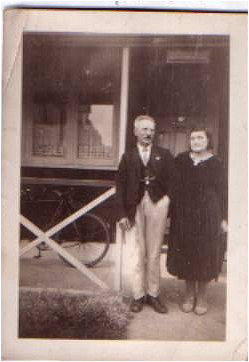 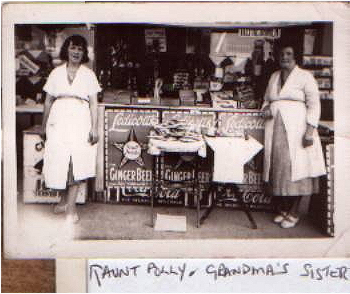 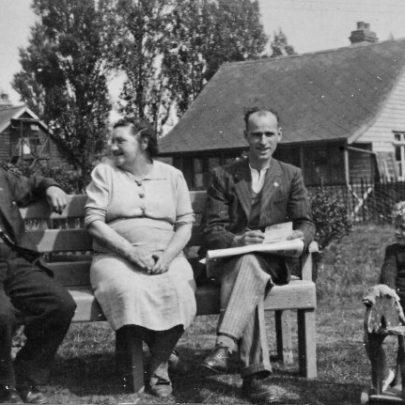 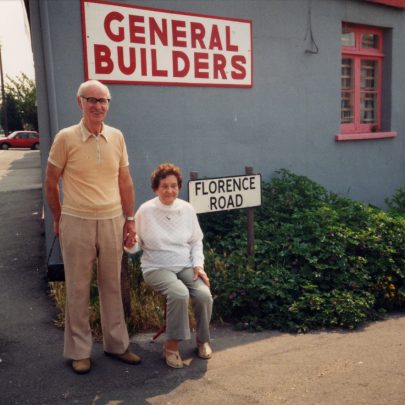 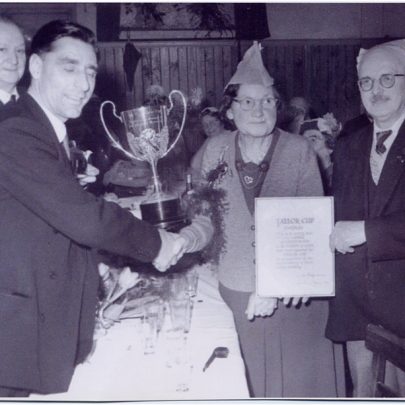