I have seen the question on the Archive Forum ‘Who was the Rev. Joseph Overs?’ particularly in connection with the mythical ‘Canvey Monster’.

In the 50’s-60’s I would imagine everybody on Canvey knew Joe.  He was ‘The Canvey Photographer’.  I first remember him in the summers of the early fifties doing beach photography and bustling in and out of Jackson’s Photo Kiosk at Andrews Arcade (at the end of May Avenue). 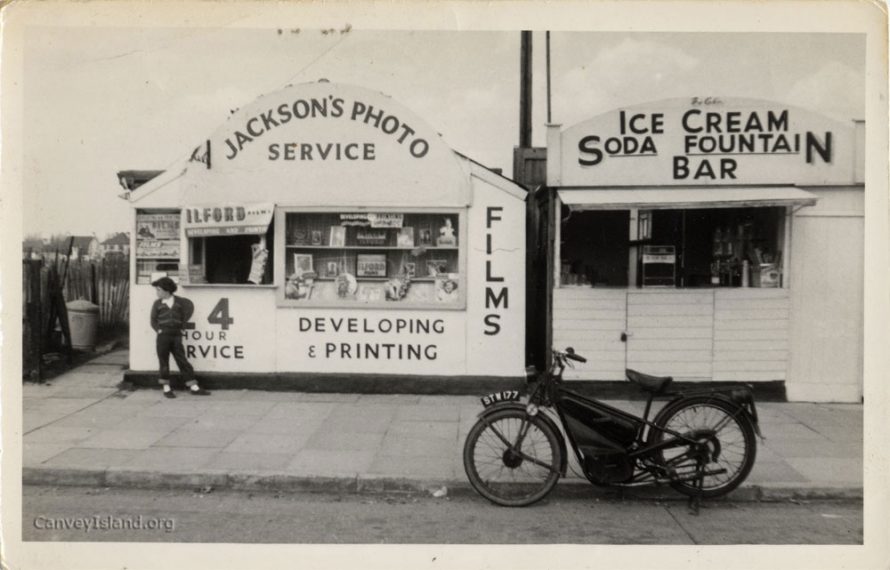 Many will remember him precariously balanced on a step-ladder or a couple of chairs with his big old camera and flashlight the size of a modern satellite dish, attempting to get the best angle on pictures of various local events: Weddings, Church Parades, Dances, Canvey Carnival, you name it, Joe was there!  And Joe was a perfectionist!  It didn’t matter how long it took, but he would always get his picture. 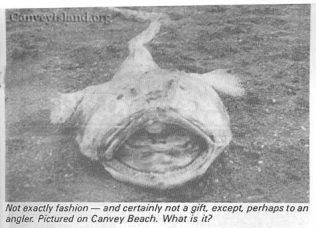 The only known Photo of the legendary Canvey Island Monster

On several occasions I recall him standing on the railings opposite the Baptist Church only to be thwarted in his photographic efforts by the passing bus.  Quite naturally, at Joe’s photo-shoots there was often a great deal of jeering and shouting of “Come on Joe, hurry up!”  Most of the banter he took in good part but was at times, rather petulant.

I don’t know if Joe was actually employed by Jackson’s Photo Service but throughout the 50’s-60’s they had a very close working relationship.  In fact you could bet most photos published in Fred McCave’s Canvey News and Canvey Chronicle attributed to Jacksons were taken by Joe and if you’ve got a photo with a Jackson stamp on the back, that’s probably Joe’s work too.

By the mid 70’s Joe seemed to have tired of photography and I got to know him quite well when he did a few odd jobs at the bakery (Stevens).  Sometimes he’d just pop in to tell me one of his ‘more than risqué’ jokes or anecdotes accompanied by a great deal of guffawing and giggling like an overgrown schoolboy.  He was a good-hearted soul and at this point in his life he seemed to spend a lot of his time running errands for the elderly.

As for the so-called ‘Canvey Monster’ Joe certainly brought it to the attention of the press.  But I think his pseudo-religious title was added to the story by others at a later date.  Actually Joe was quite coy about his clerical status and certainly did not preach any particular doctrine.  From what I could gather his ordination came by mail-order from a rather obscure church in the USA which was even more obscure in the UK as I believe Joe was its solitary member of clergy and congregation.  He did tell me he had all the appropriate vestments for his priesthood.

Sometime in the late 70’s early 80’s the Rev. Joseph Overs disappeared from Canvey.  Rumour has it that he went to Littlehampton on the South Coast and got a job as a cook on a fishing boat and he died whilst in that occupation.  He is remembered by many Islanders as a quintessential ‘Canvey Character’ and his true legacy must be the thousands of pieces of Canvey’s pictorial history which he captured on film. (including iconic flood pictures?)

The irony is I’ve never seen a photo of Joe Overs, ‘The Canvey Photographer’. Has anyone got one? See Gallery below we have a photo of Joe!

NB. Oops my mystake! The newspaper cutting proves Joe put his title on at the time, probably to ‘rev up’ the story.

Thanks to Dave for the photo and newspaper cuttings. 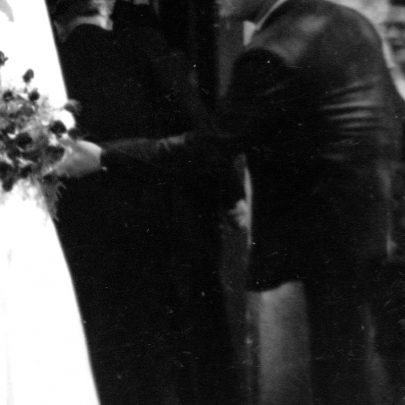