The Woods and Bone families of Canvey Village

From information given to me by Richard Powell

Richard Powell‘s wife Edith (nee Bone) was born in 1921 in the Canvey Village Stores and Post Office where the family lived with Edith’s grandfather James Woods whose name is above the door in this picture. 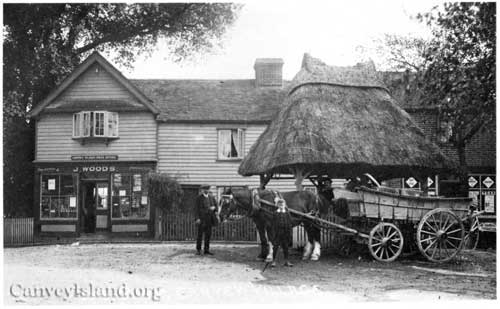 James Woods was born in 1866 in Bassingbourne, Cambridgeshire marrying his wife, Sophia Elizabeth Frisby in 1892 in the Royston District. Sometime between 1892 when they married, and 1897 when their daughter Dorothy was born, James and Sophia arrived on Canvey Island. Dorothy was baptised on the 17 Oct 1897, I found her baptism record in St Katherine’s Baptism Register. Her father’s occupation was stated as gardener.

The family can be found at ‘Haversham Cottage’ in the 1901 census with James working as a general gardener.  James was recorded as living in Haversham, Buckinghamshire in the 1891 census. There must have been strong memories of his time there to name their cottage ‘Haversham Cottage’. 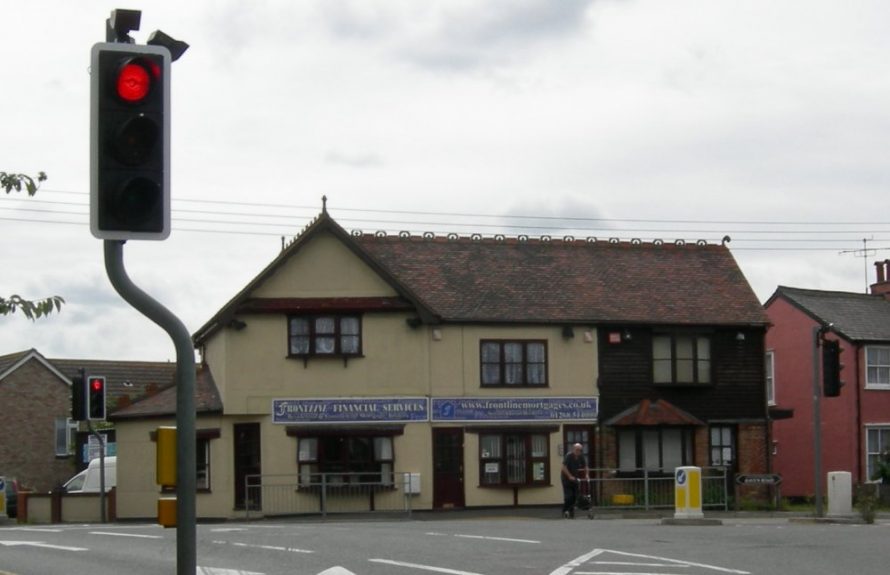 2008 Village Stores and Post Office as they are today. The building is over 100 years old

By the time Dorothy married John Horace Bone in 1920, James Woods had taken over the Canvey Village Stores and Post Office.

The Village Stores & Post Office building still remains today. It is over 100 years old and a listed building. The building was nearly destroyed by fire about 15 years ago but fortunately the owners were able to restore it to its former glory. 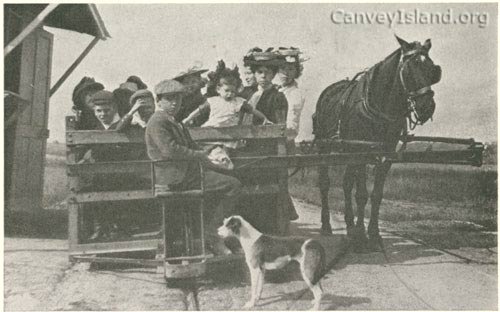 Richard told me that James Woods collected all the hay on the Island and loaded it onto barges in Benfleet Creek.
James also sometimes drove Hester’s Monorail, not in a Dutch Costume but he was wearing a Bowler Hat.

Edith’s father, John Horace Bone (known as Jack) comes from a long line of Buckinghamshire Carpenters and Wheelwrights.  John Horace Bone (Jack) was born in Ecclesall, Yorkshire in 1896 his father, also called John, had moved there by the 1891 census. It was in Ecclesall in 1893 that John Bone married Edith Florence Bedford. In 1894 Stanley Bedford was born followed by John Horace two years later and Clarence Mundy in 1899.  It is unknown when or why the family came to Canvey but we know they were here in 1920 when John Horace Bone (Jack) married Dorothy Woods.  Jack’s abode at the time of his marriage was Oysterfleet Farm. Richard told me that John Snr rented and farmed the Oysterfleet right down to the lake. Both Jack’s brothers married and had families on the Island. Stanley was a Smallholder living at ‘Were Here’ and Clarence was a Butcher living at Leigh Beck. 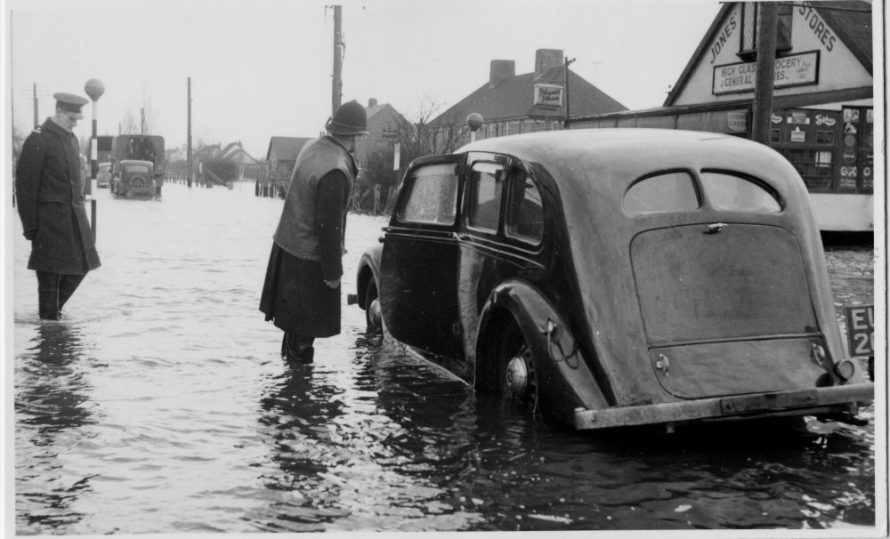 PC Bone on the left during the 1953 Floods

Jack’s occupation at the time of his marriage was a carpenter following in the footsteps of his ancestors. When his daughter, Edith was baptised his occupation was Grocer and when her sister Muriel was baptised, three years later, it was stated as Shopkeeper but at some point Jack became a Police Constable. He served for many years and during that time was awarded three medals. He can be seen on the far left of this picture taken in Long Road, opposite Jones Stores during the 1953 floods.

Richard Powell’s wife Edith was born to John Horace and Dorothy Bone in 1921. She went to William Read School in Long Road. The picture below was taken in 1927-28 and Edith is in the centre marked with a cross.

Edith Road in Canvey Village very near to the Village Stores (see picture below) was named after Edith Bone.

You can read Richard Powell’s memories of his 80 years on Canvey Island here. 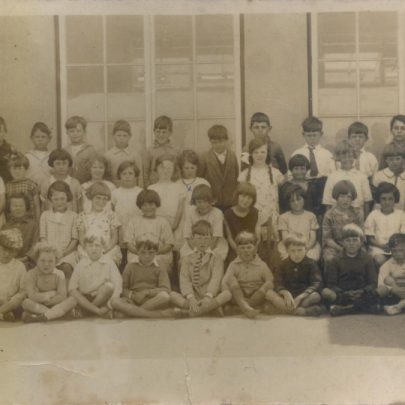 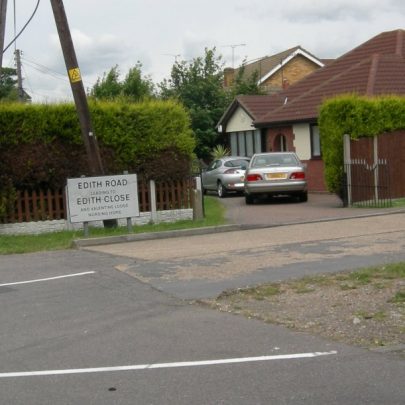 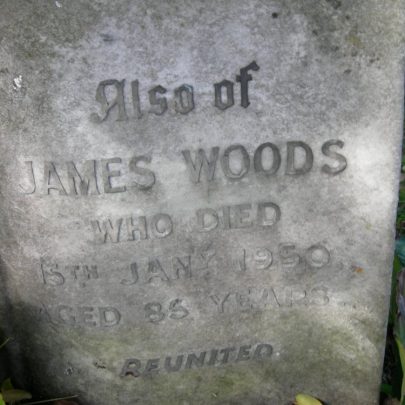 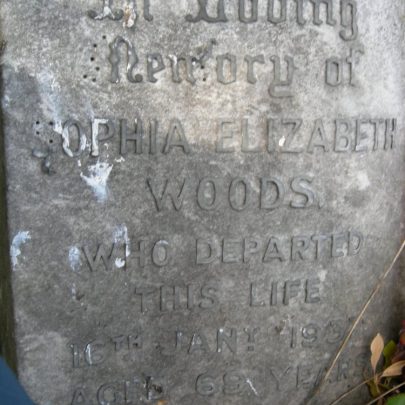