The memories of the Late Tony Lester 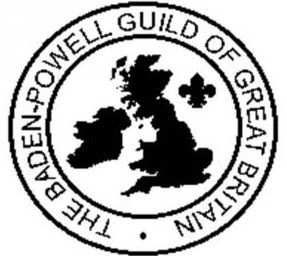 First published in Guild News Spring 2009. We have been informed Tony died in 2011.

In those early days there was only one road on the island which ran from the ferry opposite Benfleet to Leigh Beck on the eastern end of the Island where my Great Grandmother lived. I remember her as an old lady with steel rimmed glasses in a wheelchair attended by her ‘companion’. She died well into her eighties when I was four. All other ‘roads’, although surveyed, were merely road-width strips covered with grass and undergrowth with a narrow foot-track along each side. Although there were bungalows here and there where permanent residents lived, most buildings were temporary corrugated iron shacks. To get to Grandma’s we took the train from Fenchurch Street Station to Benfleet and walked down from the station to the ferry landing. If the tide was out, the island bus could get across the causeway to pick us up. But if the water was too deep, we would have to wait until there was enough to float the ferry (large rowing boat) and then board the bus on the island side. We alighted at the General Store on the main road and walked along the track to their bungalow.

Grandma’s bungalow had two bedrooms, kitchen and living room. I presume that Mum and Dad had one bedroom and Grandma and Aunt Kate the other. My brother and I slept on camp beds in the garden shed. There was no bathroom and ablutions were carried out in the kitchen sink. The toilet was outside with a can which I presumed was emptied by someone from time to time. Water was collected from the roof in two big tanks and had to be used very sparingly as there was no means of refilling the tanks unless it rained. Heating, lighting and cooking were all by kerosene stoves and lamps. In later life, I wondered why these two elderly ladies put up with these primitive conditions but then, of course, there were no services such as electricity, water and sewerage available. We were always on the island at the beginning of August for the annual walk which started at Leigh Beck and went along the sea wall to the west end of the island. This was an annual gathering of Islanders and a picnic lunch was enjoyed at the halfway point, but Mum was probably pleased to see the end with a couple of tired little boys in tow. I well remember seeing several Zeppelins over the Thames Estuary at different times and we were on holiday at Grandma’s when World War Two broke out. We stood in the garden watching the lone German reconnaissance plane that had caused the sirens to wail for the first time.

My last visit to Canvey was just after the war when I visited for the last time about a year before Grandma died. I was in the Merchant Navy and 12 had just passed my exams and was showing off my shiny new stripe on my uniform. Conditions were still primitive but electricity had come to the island. On my way back the tide was coming in and I had to wait for the ferry. Meanwhile, the last train of the day had come and gone. I hunkered down in the telephone box outside the station to wait out the night. Shortly, a torch shone and “allo, allo what’ave we ‘ere?” The local policeman took pity on me and I slept in the police station cell for the night – with breakfast in the morning.