The daily walks down to the beach, Andrews Amusement Arcade and the Casino are still fondly remembered.
At the bottom of Maurice Road by the seafront was Andrews, this was rather a small ramshackle fun fare and wasn’t very popular with us boys. 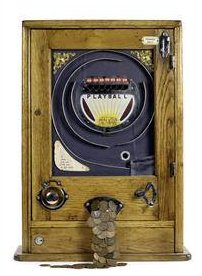 Down the seafront was the Casino amusement arcade with rides, machines and a small lake with boats you could hire out. The penny machines in the Casino were ripe for cheating, when you won on the machine you were supposed to turn the knob twice and get your penny back but we turned the knob very slowly until it was about to click then you spun the knob very fast and it clicked past the stop and you kept doing it and getting pennies every time, also all of the money used to fall into the bottom of the machine which had a wooden door so as the owner could get the money out but there was a gap at the bottom of the door and there was enough room to slide an hacksaw blade into the gap and slide the pennies out and we did quite well out of this, and of course the more you used the hacksaw the bigger the gap became at the bottom.

The owner of the Casino was a Mr. Beaumont and he and his two sons used to walk around with huge bunches of keys hanging around their necks (these they used to open the machines when they broke down) so we had to keep an eye out for them as they knew what was going on it was just a case of catching us, which, with our street wise intelligence, was a very difficult task. When they started to come towards us we would be out of the door and up onto the sea wall, pockets full of pennies and rattling like mad. They got to know us and then whenever we went into the Casino they hovered around us like a bad smell. We then adopted commando tactics with someone finding out which section of the Casino they were in and we would then duck into the other section and do our bit with the hacksaw blade.

This all changed when we got the lovely taste of Charrington’s beer so our hunting ground became the Monico Pub next door. I bet many readers have some fond memories of the Monica with Dave the pianist a small bald headed bloke who used to take his false teeth out and sing “Shining Sarah sitting in a shoeshine shop and when she sits she sings and when she sings she sits” say that fast and you’ll see what I mean. 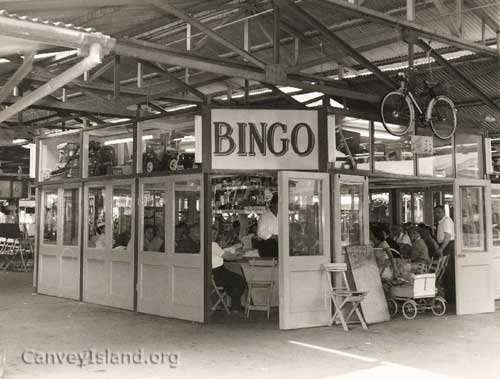 Also down on the seafront was the Canvey Model Village a small area made up of a collection of miniature buildings, this was only of interest to the multitude of visitors mainly from East London and of course the numerous Bingo stalls dotted along the seafront.
Up on the sea wall (level with the Monico pub) was a very unique building shaped like a ship’s bridge, this was the Labworth Café and the building was one of the few architectural designs by Ova Arup (whoever he is) and very art deco.

When we left London in 1948 I was going to the Leyton County High school for boys so I had to enlist at Westcliffe High School for boys but as my academic skills were (to say the least) unsatisfactory because although I had passed the 11 plus exam and won a place at the Leyton County High School each successive year I went down a grade so by the time I left at14 I was in a C class, the reason for this was that algebra, trigonometry, French, German and Geometry was just too much for me to take in so at Westcliffe they were quite happy for me to transfer to William Read Secondary School Long Road (by Jones Stores) on Canvey Island.